Inherited: of the General Conference Session & the Queen’s Platinum Jubilee 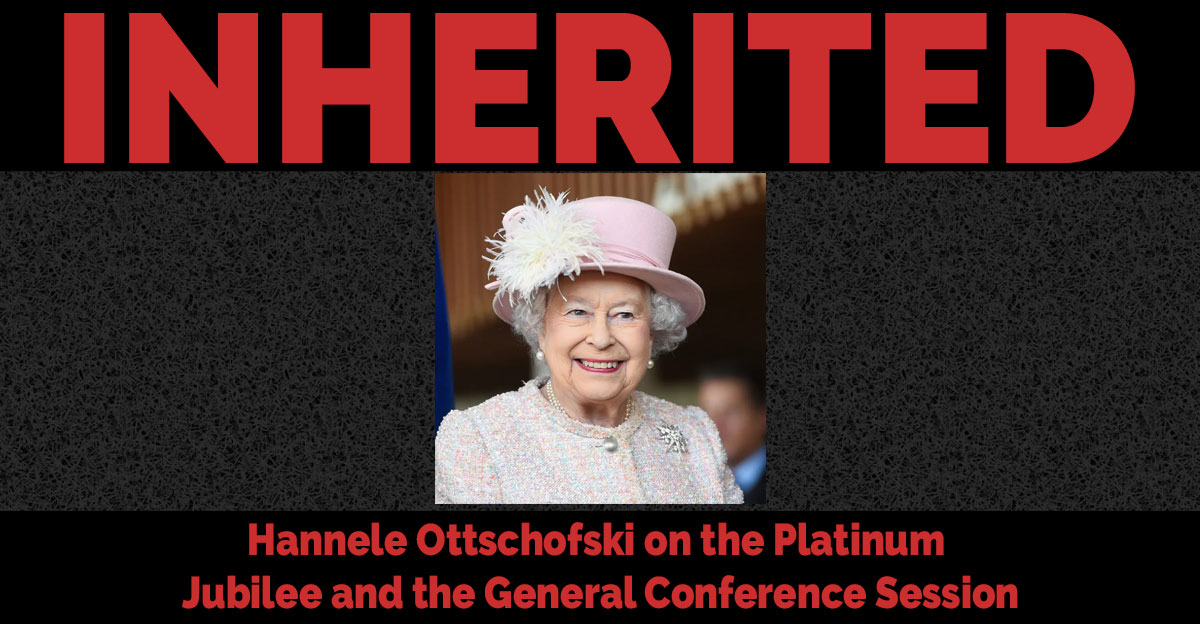 As the Platinum Jubilee of Queen Elizabeth II begins, people in Britain look forward to a supplementary bank holiday and various celebrations commemorating the rule of their monarch. As a young woman, Elizabeth pledged to serve her country and the Commonwealth for as long as she lives and she has, indeed, become the longest-serving ruler in British history, now marking seventy years as a queen.

It was, however, not a role that she sought. Following her father’s early death—himself a reluctant king—she accepted her calling, with all it involved, from a sense of duty.

Becoming the Queen changed the course of her whole life. And she is still at it at 96.

Many Seventh-day Adventists were born into their church and have accepted this faith as it was passed on to them from their parents. Generations of Adventists have responded to its great missionary challenge. The same missionary spirit that led the Apostle Paul to give priority to service and evangelism in his life motivates them: “For Christ’s love compels us, because we are convinced that one died for all, and therefore all died” (2 Cor 5:14 NIV). They have given life-long service, their lives changed because of their involvement in the Adventist church.

It is a coincidence that the Queen’s Jubilee celebrations and the new session of the General Conference of Seventh-day Adventists in St. Louis are only a couple of days apart at the beginning of June 2022. Both have involved massive preparations and planning. Both events are important to their followers.

The General Conference Session is a gathering of the leadership of a church that has a worldwide membership of more than twenty million. It makes me wonder what it would be like to live in a nation of that size, made up only of Seventh-day Adventists. It must be tempting for the leader of such a church to consider himself the president of the world church (a title he likes to use) instead of the elected leader of a worldwide administrative network.

I have had the opportunity of attending events where I saw the Queen. Growing up in England certainly influenced me, and I learned to appreciate her role as an impartial, non-political head of state. During her rule, she has had 14 British prime ministers and many more political leaders in the Commonwealth of many political colors. She has kept things together by not trying to dominate.

Of course, some people still want to abolish the monarchy, but so far it has served well, keeping the United Kingdom together. The question of how relevant it is in modern days to have a dynasty of monarchs will come up again once the pomp and circumstances of the Platinum Jubilee have faded.

Serving God in this church

I have also had the opportunity of attending a few General Conference sessions of the church. It has been uplifting to worship God together with many fellow believers. Such meetings have motivated me and many others to serve God in this church. Seeing the General Conference president may not be as thrilling as seeing the Queen, but it used to be something special to be able to attend.

Now, however, more and more church members experience disillusionment. They question how relevant the church is in modern days. In particular, the restrictive direction taken by the current president is making the General Conference increasingly irrelevant to church members at the grassroots level. He is not an impartial, non-political head of an administrative organization, but rather someone who tries to keep things united through domination.

Participants and observers will be attending the General Conference session in person or online. I, like many Adventists who have inherited our faith from past generations, still believe in what God has installed in my heart through his love and sacrifice. We have served God and the church, but we are becoming disillusioned with the human side of the church organization. We ask ourselves, “Was it all a wasted effort?”

I believe that I am one of many who are losing interest in what “those up there” are about. When we start thinking about “them” and “us,” our identification with a movement has lost its momentum. Our involvement is identified by our choice of which of these categories we see ourselves in. I think this should cause concern to those in leadership.

It is time for the church to realize that God has not placed the leadership of his church in the hands of one dynasty. Church leadership should not be hereditary. God warned the Old Testament people of Israel of the dangers and results of having a king. More recently, God warned his church through a woman whom he used as his messenger that regarding leadership, “In the work of the Lord in these last days, there should be . . . no kingly power” (Ellen G. White, Testimonies for the Church Vol. 8, p. 232).

If we want the church to survive, it needs to become relevant to its members and the world in which it is supposed to serve. It must again create the feeling of “We, the people.” We must sense that our leaders are serving us, listening to us, responding to us, not dictating to us.

The General Conference session will probably again be a great celebration of the progress of the church, with the different regions presenting reports of the great things that have been done. I fear the church will celebrate itself as if there were no need for accountability for the direction it is moving.

In the coming days, people—mostly men—will be elected into office. The Church Manual will again be revised and tightened. The delegates will have the opportunity to vote—but without the hope of making significant changes to current policies.

For now, I will be observing what happens in St. Louis, but no longer really participating.