There Is No “President of the Seventh-day Adventist World Church” 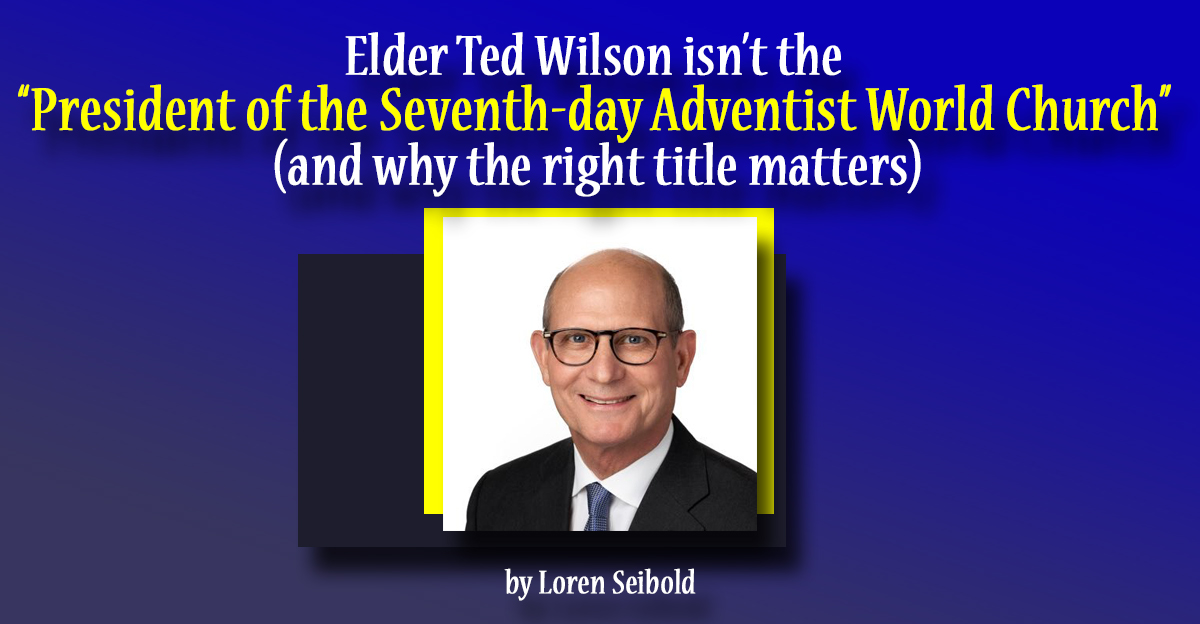 I love Victorian literature, and recently in my reading I came across an unusual and picturesque word. The term “shovelhattery” was coined by historian Thomas Carlisle in reference to the uniform of Victorian clergy. The shovel hat (a low-crowned hat with a long flat front brim and dramatically rolled side brims) was the costume of those at the very top of the Anglican and Roman church hierarchies. Quipped Gilbert and Sullivan,

And bishops in their shovel hats

were plentiful as tabby cats. 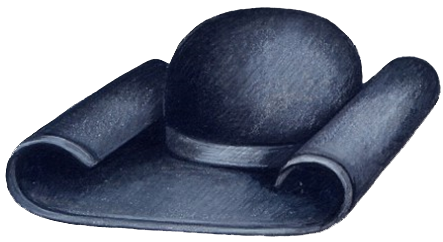 It wasn’t fashion that bothered Carlisle, though. It was “hidebound orthodoxy of any kind,” “any failure to distinguish between an ephemeral ‘old bit of felt’ and an eternal ‘god-like miracle and mystery.’” “In 1842 Carlisle observed that ‘a wretched shovel-hatted simulacrum’ of God was worse than ‘no God’ at all,” and decried those who thought there was “…heaven for the coward who can keep his shovel-hat on.” (The Carlisle Encyclopedia, page 428.)

We Adventists reject clergy habiliments (tab collar, pulpit robe, cassock, stole), but we have rather uncritically adopted the uniform of the business class—the charcoal gray suit—along with the hierarchical titles of the business world: president, vice-president, director, executive committee.

Archdeacon Grantly, a character in Anthony Trollope’s The Warden, “did not believe in the Gospel with more assurance than he did in the sacred justice of all ecclesiastical revenues.” That describes some ecclesiastical corporations, including ours. I once heard Elder Neal C. Wilson, Elder Ted N.C. Wilson’s father, insert a report on the financial assets of the denomination and how it compared to multinational corporations, as a section of his Sabbath morning sermon.

That is to say, we Adventists have our own kind of shovelhattery. Attend any General Conference Executive Committee meeting, and it will be clear that in that huddle of charcoal gray suits, denominational success, reputation and recognition rise above “god-like miracle and mystery.” There are prayers, but mostly as punctuation to open and close meetings, or to put a rubber stamp on what the president’s cabinet has already decided to do—but not to solicit God’s leading in such a way that it would cast doubt on the assumed outcome. I have found the use of prayer in these denominational meetings not at all reassuring of God’s presence, and often the opposite.

Though I don’t know him personally it is my opinion, just based on what I hear, that Elder Ted N.C. Wilson is a good man: credulous about Adventist exceptionalism, pious of mien, and proudly sanctimonious, but undoubtedly a decent human being, and to his friends and loved ones, kind and pastoral.

But he is not a leader in the mode of the unassuming Jan Paulsen. He stepped into the job like a prince taking his throne: the scion of Adventism’s ruling Wilson family, though one who hadn’t had to work in the trenches as a parish pastor in order to call himself “Pastor Wilson” and then move straight into top church administration. His father had anointed the General Conference president the “first pastor,” in the Pacific Press sex discrimination case of the 1970’s, but Ted N.C. Wilson seemed to gather to himself also the role of “first theologian” as he engineered the downfall of women’s ordination at the 2015 General Conference Session in San Antonio.

Although Adventists have little doctrinally in common with Roman Catholics, our ecclesiological personality isn’t dissimilar. Of course, we haven’t that church’s amazing wealth, worldwide recognition, or centuries of tradition. But walk through the General Conference’s halls, follow the GC’s reports and plans, listen to the way we refer to that office’s authority and how carefully we attend to our president’s words, and you’ll see that we’re Catholicism’s mini-me in several ways. Elder Ted N.C. Wilson takes very seriously Ellen White’s statement that his office is in charge of the highest authority of God on earth: it is a rare meeting at Old Columbia Pike when that quote isn’t intoned multiple times from the platform.

Perhaps that helps to explain why, for about a decade, Elder Ted N.C. Wilson has styled himself “President of the Seventh-day Adventist World Church.” This has been adopted as Elder Wilson’s title in the official media and magazines of the church, as though it is the description of his job.

Please understand that there is no such job. It doesn’t exist. According to constitution and policy, his title is “President of the General Conference of Seventh-day Adventists,” which makes him the leader of one particular administrative office in the church.

But does it matter? It seems to me it matters a great deal. “President of the Seventh-day Adventist World Church” conveys a very different sense of what our leaders are supposed to do and be than does “President of the General Conference of Seventh-day Adventists.” By assuming this title, Ted N.C. Wilson conveys to us that he wants a church where he has a greater authority than either the Bible or Ellen White wanted a church leader to have. And by accepting it without murmur, we church members are complicit in the General Conference President’s shovelhattery

My gravamen here is that the title “President of the World Church of Seventh-day Adventists” conveys the level of authority that Elder Wilson aspires to, not what the policies or theologies of the denomination give him. In fact, for quite awhile in denominational history the title of the top church job was merely “chairman of the General Conference Committee.”

However good a man he is, and whatever his talents, Elder Wilson presides over an office in Silver Spring, MD, and the committees and sessions of that level of church organization. That is an important job, but it does not convey authority over the world church. He has none but persuasive power over any committee or congregation in the denomination. Some have argued that he has no authority but persuasive authority even over the union conferences, two of which have defied his order to quit ordaining women, and three others who have defied his order to ordain men.

Elder Wilson is as much the President of the Seventh-day Adventist World Church as Colonel Sanders was a leader of military forces.

I confess, in my old age, to being increasingly grumpy about this matter. The exaltation and inflation of the church’s organization is an insult to our essential Protestantism.  There is no longer a question of whether we have too much church structure. David Trim, director of Archives, Statistics, and Research at the World Headquarters of Seventh-day Adventists, showed at the 2019 General Conference Executive Committee meeting that the number or administrators in the church has continued to grow faster than pastoral staff, even as modern communication could easily reduce our administrative machinery.

This shows no sign of surcease. Occasionally a church leader, usually as he exits the building in retirement, mutters over his shoulder about too much denominational machinery. (1) But he has done nothing about it, and neither will his successor.

When I noted that before the current plague Ted N.C. Wilson traveled the world fêted like a dignitary, some said to me, “But that’s what people in Latin America and Africa and Asia expect from church leaders. It is their culture to treat them like Catholic cardinals in Rio de Janeiro, to roll out a red carpet for them like heads of state in Nairobi, to load them with flowers and ferry them through the streets of India in silver swan-shaped chariots.”

Though the early Protestant leaders didn’t always understand it themselves (both Calvin and Luther could be almost as overbearing as the Roman Catholic leaders they had escaped), Protestantism is theologically a leveling, egalitarian faith, not a monarchical one. I would argue that no matter what happens in some cultures in the world church, Protestant church leaders should demonstrate a different model, a Pauline model of the priesthood of all believers, and eschew any hint of proud shovelhattery.

Perhaps this question of the title of the General Conference president could be brought before the next General Conference session. Given the way the Seventh-day Adventist Church is represented in these governance meetings, they may well bestow Elder Wilson’s chosen title upon him. But at least we Protestant Seventh-day Adventists will know that we have crossed over from a church that believes in the priesthood of all believers and local governance, to something quite different, and we can make our decisions about our relationship to it accordingly.