ATSS: “The Voice of Your Brother’s Blood” – Mathilde Frey on the Cain, Abel & Violence 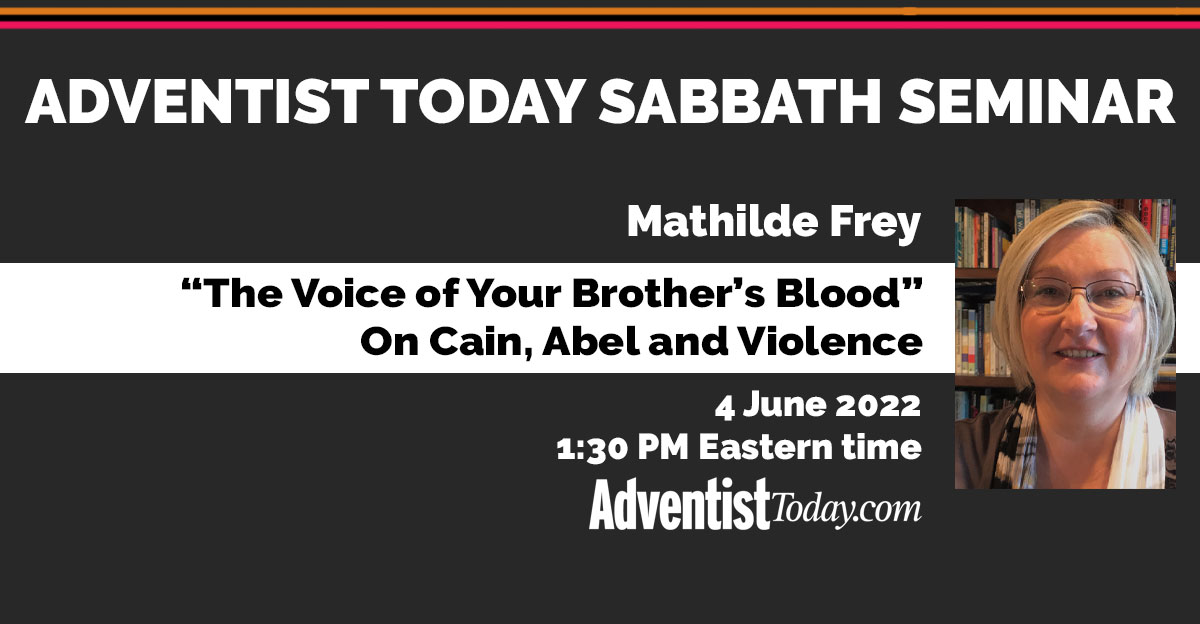 “Wars are won by weapons, but it takes ideas to win a peace.” — Rabbi Jonathan Sacks

A few days ago, I put these numbers on my office door in the School of Theology at Walla Walla University: 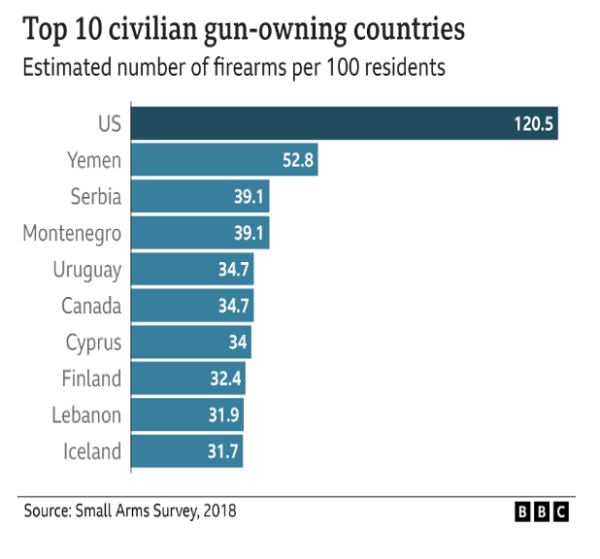 A colleague stopped to read and asked me, “So, Mathilde, you don’t like guns?” He then told me about his friend who owns many weapons including AR-15s and argues for gun rights by saying, “Cain killed Abel with a rock, and God did not take away the rock.”

Yes, I have seen the billboards and the memes, and I heard this message after every mass shooting since I came to this country, “Cain killed Abel with a rock. It’s a HEART problem, not a gun problem,” and then Jeremiah 17:9 gets cited, “The heart is more deceitful than all else and is desperately sick; who can understand it?” At which point, you are supposed to throw your hands up in defeat. People have been killing each other since the beginning of time; it’s all a byproduct of our sinful and fallen nature — so don’t blame the guns. 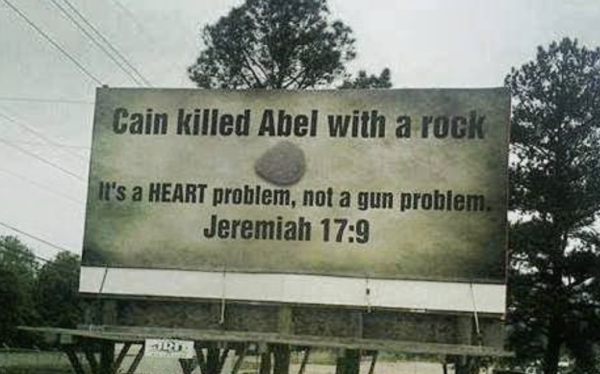 The story of Cain and Abel has been invoked in the wake of mass shootings numerous times. Here is a brief version of it: After Adam and Eve come out of the Garden of Eden, Eve gives birth to Cain and then to Abel. Cain makes an offering to God, and Abel does the same. For no explicit reason given in the text, God pays attention to Abel and his offering, but not to Cain and his gift. This enrages and depresses Cain. God warns Cain to be mindful of how powerful his dark inclinations are, but that he is free to control them. Then Cain murders Abel in a field. God then confronts Cain, asking him where his brother is, to which Cain infamously responds, “How should I know? Am I my brother’s keeper?” The Bible doesn’t have God answer Cain’s rhetorical defense, for we the readers by that point should be screaming at him, “Yes, Cain, you most certainly are!” Cain is then condemned to exile and a nomadic life, and his descendants carry his legacy of violence into the future world.

The majority of commentators suggest that Cain is the villain, and an unrepentant one at that. Nevertheless, Bible scholars recognize in Genesis 4 an etiology of the world we all are a part of. It is a story of deceptive simplicity, but rich with ambiguity, suggestive linguistic features, and symbolism revealing naked truths that force us to meet ourselves and each other in the text.

“Where is Abel your brother?”

“Am I my brother’s keeper?”

“What have you done?”

These questions are raised in the story, and also put before us. How will we answer? Further, what is the role of Yahweh in these events, favoring Abel’s offering, not preventing Abel’s death, offering Cain a second chance? Who is the Cain who is still wandering on the earth? Is there any relevance to Abel’s life and death? What about the parents? Eve’s voice is heard at the beginning and at the end of the narrative with remarkable clarity. The atrocity of the fratricide is bracketed by the mother’s words, and so it is her story too that we must hear.

Dan Pagis (1930–86), an Israeli poet, lecturer, and holocaust survivor, placed Eve at the center in his famous poem “Written in Pencil in the Sealed Railway-Car,” and composed with breath-taking economy:

Packed into a sealed German railway-car on its way to the death camps, the unspeakability of mother Eve’s grief remains an unwritten message hanging silently at the end of the poem.

Unspeakable is the grief over the children murdered in Uvalde, Texas, too.

A careful reading of Genesis 4 raises many questions. Walter Brueggemann cautions that we must not offer explanations for what the biblical text leaves unsaid. On the other hand, to twist the story and make God into a gun master, to push for religion but push away the responsibility to act when human lives perish, when the bodies of children are blown apart, is a disregard for the sacredness of life.

“The voice of your brother’s blood is crying out to me from the ground.”

Dan Jett is a retired attorney from Woodland, CA.