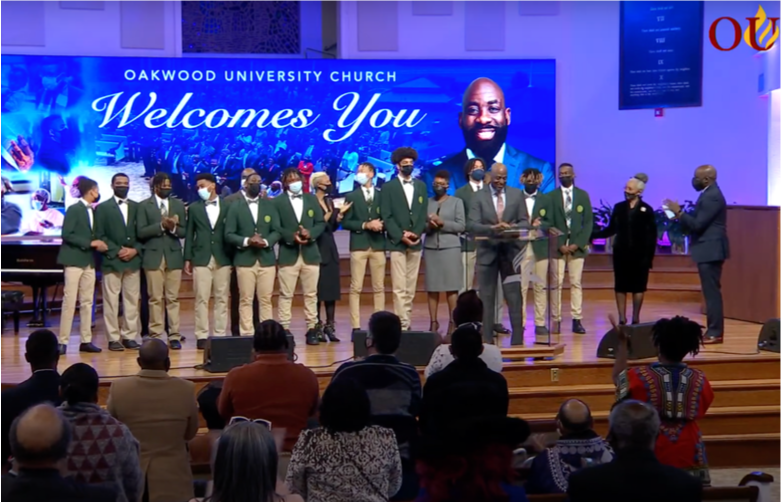 On Feb. 19, 2022, Oakwood Adventist Academy forfeited its first-ever AHSAA playoff game due to religious observance of its Sabbath from Friday sundown to Saturday sundown. Adventists typically do not work or play competitive sports during that time. Oakwood’s game was scheduled at 4:30 p.m. before sundown on that Saturday.

Another playoff match was slated for a later time, 7:30 p.m., after sundown. Despite the other teams agreeing to switch time slots, the AHSAA twice denied Oakwood’s requests to change game times.

“This is not just another day of the week for us,” said Todd McFarland, associate general counsel for the General Conference for Seventh-day Adventists, according to the North American Division. “The Sabbath is the day we stop our work, rest, and worship God. It is far more important to the members of the team to keep holy the Sabbath than play in any playoff game. The AHSAA should have made the simple schedule change — agreed upon by all teams — instead of making Oakwood Academy choose between faith and basketball.”

AHSAA Executive Director Alvin Briggs had said about the situation that membership in the association was “100% voluntary” and that Oakwood knew when it joined the organization that championship events were held on Fridays and Saturdays.

However, the lawsuit, which can be seen via WHNT News’ website, said the AHSAA showed religious discrimination against Oakwood Adventist Academy in refusing to accommodate its Seventh-day Adventist beliefs “for no reason other than bureaucratic intransigence.”

According to the lawsuit, the AHSAA does plan its tournament schedules in consideration of other religious beliefs: the AHSAA prohibits scheduling games on Sundays due to the “religious practices of many Alabamians” and because “the prohibition on Sunday contests is a religious accommodation.”

In addition, the AHSAA does allow for the rescheduling of contests for nonreligious reasons, such as public health, weather and unforeseen events. “AHSAA’s refusal to accommodate religious observances is a refusal to accord equal treatment to players facing secular and religious obstacles to full tournament participation,” stated court documents.

The lawsuit claims five counts of First Amendment violations against the AHSAA. “AHSAA’s discriminatory actions interfered with the free exercise of religion by Saturday Sabbatarians,” said the suit.

The court documents revealed Oakwood Adventist Academy’s requests include a judgment that stops the AHSAA from preventing them from playing in the postseason due to religious beliefs; a permanent injunction that prevents the AHSAA from refusing to accommodate religious requests for schedule changes; compensatory damages and nominal damages; having AHSAA pay its attorney fees; and a trial by jury.

Becket, a non-profit, public interest legal and educational institution, is partnering with the General Conference Office of General Counsel and the North American Division on the case.

“It’s bad enough that AHSAA would intentionally exclude a religious school for honoring the Fourth Commandment, but it’s worse when the exclusion is entirely unnecessary—like most Americans faced with this issue, the schools had worked out a simple, commonsense solution,” said Eric Rassbach, senior counsel and vice president of Becket. “But the bureaucrats said no. The First Amendment demands much more.”

(Photo: On Feb. 19, 2022, the Oakwood University Church in Huntsville, Alabama, publicly affirmed the decision of the Oakwood Adventist Academy boys team not to play in a basketball tournament on Sabbath. Photo via North American Division website.)