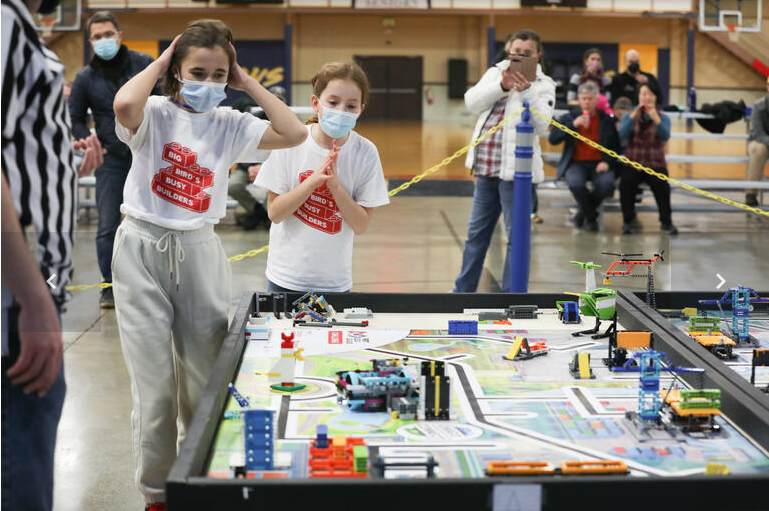 Sydney Freeman Jr., an educational theorist, social scientist, and former educational administrator, who won the Carlos J. Vallejo Memorial Award for Exemplary Scholarship. The purpose of this award is to recognize a mid-career scholar (associate professor) whose scholarly contributions to multicultural/multiethnic education have been vital to research in this field.

Freeman’s early education was at Seventh-day Adventist, historically black schools and institutions, and he has written several articles about the history and state of the denomination. While at Oakwood University, Freeman founded the Progressive Black Caucus. His areas of research include higher education, the challenges in higher education administration programs, and the leadership of historically black colleges and universities.

RADA USA introduced The Lourie Center for Children’s Social & Emotional Wellness as its chosen partner on April 21, 2022, as an expression of its commitment to corporate social responsibility. RADA USA President Bill Watson said, “For the next year, our staff here at RADA USA will raise funds through a variety of events, volunteer and provide mentoring hours for the young children and their families.”

RADA USA, a subsidiary of Israel-based RADA Electronic Industries Ltd., is a defense electronics company specializing in the production and sales of all-threat, air surveillance radars. RADA USA was established in 2018 to serve the U.S. defense and aerospace markets.

Adventist HealthCare’s The Lourie Center for Social & Emotional Wellness offers educational and therapeutic opportunities to children who have experienced trauma. The Center serves approximately 5,000 children and families in the Washington metropolitan area, and its trauma-informed and evidence-based practices are adopted across the country.

“The Lourie Center is fortunate to have RADA as its partner in raising awareness about and funds for children who have experienced adversity,” says Jimmy Venza, Executive Director, The Lourie Center.

Taking It Back to the Old School

The school, called “Messengers of Hope,” has 150 people enrolled. Their goal is to visit 25 homes every day—that’s 3,700 total homes per day; 112,500 every month. The church wants to recruit some 200 student literature evangelists near the end of the year as well.

Church leaders stressed, however, that the goal is to establish a new generation of literature evangelists as missionaries and not merely as salespersons.

Recently, six LEGO robotics teams from around the Northwest in the U.S. traveled to Auburn Adventist Academy in Washington, US., for the NPUC FIRST LEGO League (FLL) Challenge, the first in-person event since 2020, and the first ever held at the school.

Core values, innovation design, and robot design are elements of an FLL championship rubric. All six teams had to identify a problem, develop a mission strategy to address the problem, then present their work to a panel of volunteer judges.

The highlight of the day—the Robot Games. Each team was given three opportunities for their robot to perform the optimal challenge. Team Terabyte from eastern Washington won the NPUC FLL Champion award and advanced to the North American Division’s FIRST LEGO League Championship event in Apoka, Florida, U.S., on May 1, 2022.

A fire broke out at the Central Philippine Union Conference (CPUC) building in Cebu City, Philippines on April 23, 2022.

The fire started at the CPUC cafeteria, where it was reported that one of its air-conditioning units malfunctioned and exploded. Thick smoke covered the whole dining facility, making it difficult to stop the crawling fire.

CPUC guard-on-duty Ronald Monreal and his fellow security guard Jedito Mahawan, who happened to be in the office when the incident occurred, said they heard a blast at about 8:15 p.m., like a motorcycle crashing into something. Cebu City Fire Office (CCFO) reported that they received the fire alarm at around 8:46 that night, and the firefighters arrived at the CPUC headquarters at 8:53 p.m. The CCFO later declared the fire out at 9:14 p.m.