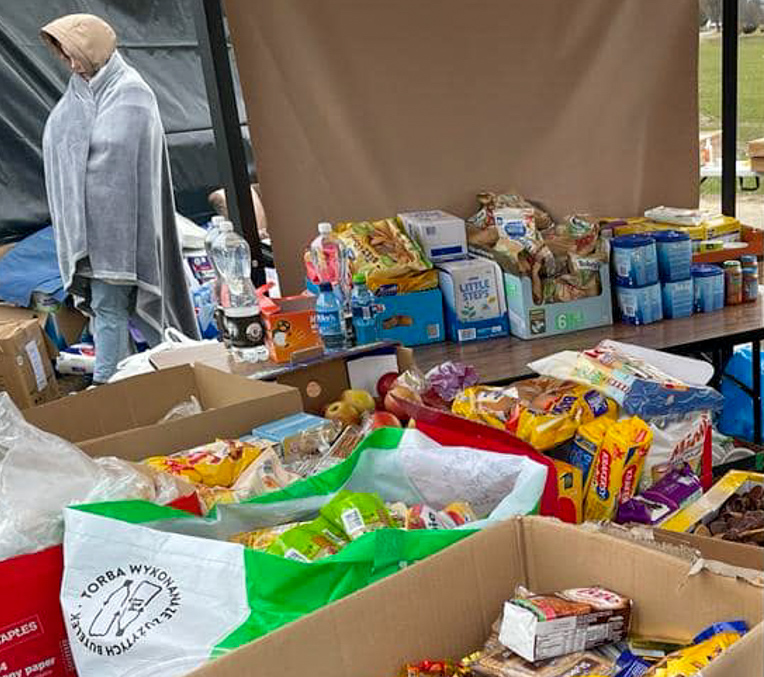 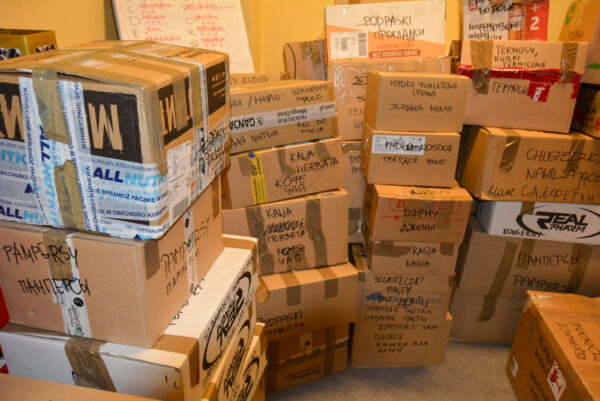 (Photo: Donations collected by Adventist organizations were sent to western Ukraine to help people displaced by the Russian invasion. Photo courtesy of the Polish Union Conference.)

In the first 11 days of the Russian attack on Ukraine, more than 950,000 refugees entered the country through the Polish border. Poles opened not only their hearts, but also their homes.

The Seventh-day Adventist Church in Poland also offered its help. The community of about 6,000 in Poland has prepared space for more than 1,200 people in church properties and private homes. So far, almost 400 people have benefited from the assistance.

Adventist relief organizations also are involved. Adventist Development and Relief Agency—Poland
visited several border and reception crossings. They handed out parcels and organized accommodations while learning about the most urgent needs of people fleeing the war.

ADRA prepared “Start Packages,” a set of basic personal hygiene items for people crossing the border.  It also is involved in humanitarian transport to Ukraine.

The Christian Charity Service “Blisko Serca” (English translation: “Close to the Heart”) has allocated two of its centers to receive refugees from Ukraine. Both the Orion center in Wisła and the Polubie center  in Zatonie (near Drawsko Pomorskie) are ready to host a total of more than 70 people.

The College of Theology and Humanities in Podkowa Leśna has already welcomed more than 30 people. More buildings and premises are being prepped to shelter more people.

A kindergarten for refugee children will be opened on campus in the coming days, operated by volunteers from the local church.

Young people are also getting involved. The Adventist Scouting Association (ZHA) and Pathfinders have organized charity collections all over Poland.

The donations were sent to the western part of Ukraine, where inhabitants of the eastern part of the country have fled.

The president of the Seventh-day Adventist Church in Poland, Ryszard Jankowski, also visited the border. Together with Tomasz Żelazko (another pastor), they visited one of the border crossings. On their way back to Warsaw, they offered a lift to a group of refugees.

It is impossible to describe the scale of activities that are being carried out not only by the Adventist Church through its institutions, but also, above all, by individual members of the community and local churches. 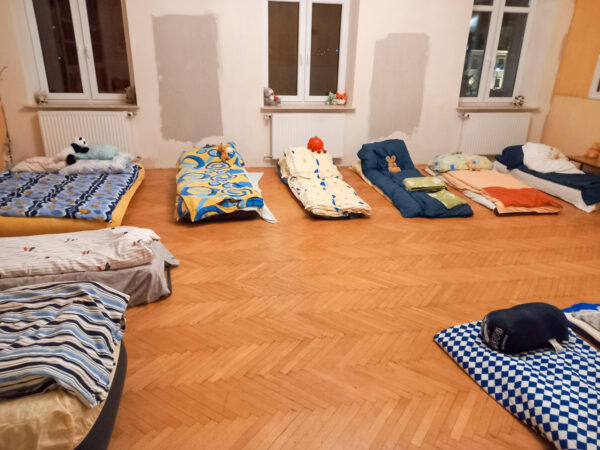 (Photo: Adventist churches and institutions in Poland are housing Ukrainian refugees that have fled to Poland after the Russian invasion. Photo courtesy of the Polish Union Conference.)

Many local churches have paused Sabbath services while their premises serve as accommodations. Many people have sacrificed not only their finances but also opened their own homes and welcomed those in need.

After 9 days of war in Ukraine, more than 1 million refugees have fled the country, and almost 650,000 of them have come to Poland. The numbers are growing every day.

The Office of the United Nations High Commissioner for Refugees (UNHCR) confirms that this is the largest exodus of this century.

You can support the aid work of the Seventh-day Adventist Church in Poland by donating funds directly to the account of the Church Board. Please add the note: Help for refugees from Ukraine.

Daniel Kluska is the Communication and Media Director for the Polish Union Conference, which is part of the Tran European Division of Seventh-day Adventists.

(Top Photo: The Adventist church in Poland, along with other Adventist institutions and organizations, are helping refugees that have fled to Poland by providing shelter, food and toiletries. Photo courtesy of Polish Union Conference.