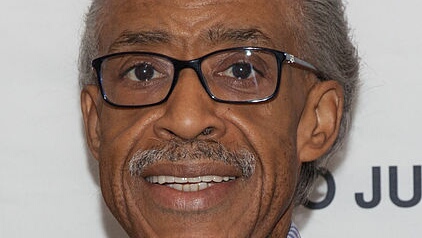 On Sunday, January 29, Sharpton spoke to a near-capacity crowd in the Huntsville, Alabama church that holds 2,500 people. The speech was part of an event to commemorate the start of Black History Month in the United States.

AL.com, the online arm of The Huntsville Times, reported that the activist referred to Jesus as a “refugee,” citing Matthew 2:13 where Jesus’ parents escape with their baby to Egypt to avoid King Herod’s attempts to kill the infant Jesus.

Sharpton reflected on the passage, saying, “I worship a refugee.”

He also critiqued Trump’s decision to give preferential treatment to Christian refugees escaping persecution: “It makes me wonder how he is going to determine who are Christians.”

“We may have lost the election,” said Sharpton, appealing to the largely black audience to oppose Trump, “but we didn’t lose our minds.”

Sharpton also strongly opposed the nomination of Jeff Sessions as U.S. attorney general. He claimed that Sessions was “on the side that called voting rights an intrusion.”

The church is located on the campus of Oakwood University, a private, historically black university owned and operated by the Seventh-day Adventist Church. Adventist universities have significant numbers of foreign students and recently, many of them responded to the seven-nation travel ban, advising students to stay in the vicinity of the campus and not leave the country. There is concern that students with valid student visas might leave the country and not be able to return due to unpredictable changes in U.S. policy.

Photo from Wikipedia via Flickr/Leoboudv