Adventists aren’t the military, but growing up in the church I often observed a commitment to church standards which resembled a military level of conformity. While personality tests are only slightly more scientific than mood rings, for someone whose base personality is extremely independent, hates conforming to external standards, and prioritizes authenticity, the Adventist experience has often left us feeling a little Jekyll & Hyde.

But the last five years have far exceeded personality quibbles with church standards. As I’ve written previously, I had a painful wake-up call in 2015, after the General Conference vote concerning women’s ordination. I have strong convictions about this subject. But as I had often felt out of place in the church, I didn’t anticipate the level of betrayal I might feel when the church took a divergent moral stand about something I considered so vital.

I would have claimed, previously, that such a violation would obviously lead me to leave the church. But as I realized how much grief I would have in leaving, I thought maybe I should give the church a chance to work things out.

While at the time that felt like a gracious choice, in practice it’s not worked that well. The problem is, I’m not actually in a position to leverage working things out. Instead I’ve felt more like a married couple who separated but hasn’t yet filed for divorce. The offending partner isn’t keen to change the behavior that got us here, and so reconciliation now hinges on the other partner (me) simply getting over my grievances.

Worse yet, I’m not sure anyone’s noticed we’re separated.

The church talks a lot about the religiously unaffiliated, or young people leaving the church; I don’t see myself in those categories. I follow church news, write about Adventism, and still have Adventist friends with whom I have Adventist conversations. More crucially, I love Jesus and as Sarah Bessey once put it, “I have zero chill on this topic.” Basically, I don’t fit the demographic for someone who needs to be evangelized. Sure I have moments of doubt, but nothing beyond being a human with a healthy dose of intellectual curiosity.

To be honest, I’ve been hesitant to discuss this publicly for a number of reasons. For one, I hate talking about something for which I have no solution. For another, I’m by nature a private person. The problem is, silence has a sneaky way of seeping into a stew of cynicism.

And while it’s healthy to allow grief, and even at times anger, cynicism acts more like an anesthetic. And it’s not one I want to start using on a regular basis.

But more importantly, while it is personal, I’m not sure it’s private. As much as I’d like to believe I’m an island, evidence suggests I’m not an outlier in this way. So far as I have gathered, a bunch of us churchlings are becoming either ghosts or zombies. That is to say, we’re either silently withdrawing sans communication (ghosting), or we remain, present in body but absent in spirit (zombies). Even among my church attending friends (several of whom work for the church) more than one has confessed to me the only reason they go to church is for their kids (an incentive I do not personally share.)

I recently finished Searching for Sunday by the late Rachel Held Evans, and despite that she was writing about the evangelical church, it was surprising how much of the book spoke deeply to my Adventist experience.

In her story, Evans talks about how she also ghosted her church, in an attempt to not stir up trouble. She notes, with regret, that this really was akin to breaking up with a guy by not returning his calls. I’ve been thinking a lot about that, and I feel like I should try in some way to be transparent about my experience. Perhaps in part, as a way to give the church a chance. There is, after all, a lot of talk about reaching the churchling ghosts and zombies. I can’t speak for all, but by sharing about myself, I might bring some insights or understanding. But also in part, transparency is my attempt to send a dispatch from this weird Adventist purgatory I’m in—as a way to offer solidarity to my fellow, barely-still-here, Adventist.

Truthfully, I often think, why don’t I just get over it? But getting over the things that are troubling me would require me to check my integrity at the church door. These matters deal with how we love people. I’m intensely aware that every church has problems, but for me while doctrines matter, how we love people is the issue of the gospel. The things we practice in church create systemic influences in our daily lives. Church practice stems from our underlying ideologies, while also creating repercussions—often in the form of unspoken standards.

The American church in particular has often struggled with a marketed version of Christianity, intent on producing a before-and-after kind of Christian product, incarnated as its members. If we’re not careful, the high standards gleaned from the assumptions of our practice transform church life into a kind of performance art.

While I’m certainly not opposed to religious practices (religion is after all the practice of that which you say you believe) we should be very careful what ideologies we are endorsing, lest they bear systemically dysfunctional fruit. And from where I’m standing, in Adventism most of the gospel-incongruent practices circle around women’s ordination like an asteroid belt around the sun. And as C-3PO assures us in Star Wars, the odds of successfully navigating an asteroid field are 3720 to 1.

The practice of only ordaining men is actually rooted in the ideology of male headship. Male headship is a belief that God has from creation set men above (as the head) for matters pertaining to leading, ruling, and governing, whereas women were created to be submissive to men. There are a lot of potential repercussions to this, but I’ll only mention four.

First, headship theology tells half the church that they don’t get to be Protestant. As Protestants, you likely believe in something known as the priesthood of all believers. The entire Protestant reformation hinged on the idea that we don’t have to go through a church father to get to God, because we are all priests under Christ (who is the actual head of the church). If you practice the idea of male headship you may believe in Protestantism, but in practice only men get to live that truth. It may feel subtle to you, but remember, the issue of authority is important—important enough that reformers were willing to die for it.

Second, headship theology hurts single people by practicing the idea that women have a separate place, doing women’s things. The unintended (or intended?) consequences of this ideology are that ultimately the only ideal for a woman’s life is as a wife and a mother (in that order.) Despite the fact that most of the New Testament comes from the stories and writings of single people, the church continues to elevate marriage as the only ideal path for a person’s life. While marriage is good, it’s not the only good, nor a superior good. And when we segregate people based on gender roles, we exclude any people who don’t neatly fit those realities. This is specifically bad for single women, but it affects single men too.

Third, headship theology hurts men. You thought I’d leave them out, but I can’t. Headship theology is a ranking system that places certain human beings above other human beings. Anywhere humans practice this, it’s probably only a matter of time before it is replete with corruption, power struggles, and an emphasis on unbiblical ideas such as “might is right,” and “first is best.” If women are shamed for our failures around women’s work, it is equally true that we shame men inadvertently by elevating men with wealth, power, and strength over other men who struggle economically, physically, or socially.

Lastly, headship theology hurts sexual minorities. I’m going to say this as carefully but as clearly as I can. I believe everyone should have a seat at God’s table (I didn’t make the guest list, but the person who did says everyone is invited). Good theology should manifest in treating people well, and the church has failed LGBTQI persons completely. A theology that practices and distributes power based on men and women’s assumed gender roles clearly hurts people who do not fall neatly into those boxes.

I hear a lot of good reasons to stay. As Evans writes, “Our reasons for staying, leaving, and returning to church are as complex and layered as we are.” Most of them lie far beyond simplistic explanations with five steps to an easy fix.

The fact that several divisions radically differ in their attitude from that of the General Conference (GC) is one good reason to consider waiting things out. A second is the reality of the local church. The church really is a family unit—many of my most valued memories and relationships have been born in and around the Adventist church. There is a lot of emotion around this, because there is a lot of love.

But at the same time, many of the voices I hear most ardently advocating for Adventist loyalty come from men or married women. They come from people who may never be directly affected by the choices made at the far-off GC. Their social, gender, relationship, and sexual status insulate them from obvious repercussions. I have no judgment for people committed to staying; I would, however, urge that if you have that privilege, use it well to advocate for those who aren’t able. The church is unlikely to regard my voice, but if enough powerful people keep speaking, the church will have to listen. Use your power with godly care.

The Adventist church is far from the only Protestant church struggling with growing pains. Post-evangelicalism is an established hashtag. Deconstructing one’s faith has developed a Pinterest-worthy level of trendiness. The Methodist church is in the process of splitting over some of these very issues, and I sometimes wonder if that is a foreshadowing for the Adventist church as well. Will the church split? Will a split be terminal?

But as Evans reminds us, “Death is something empires worry about, not something gardeners worry about. It’s certainly not something resurrection people worry about.” And if anyone knows what to do with ghosts and zombies, it’s the one who turns death into resurrection. I don’t know exactly where this leaves me right now, but I do know that I am a resurrection person. And while we all must individually wrestle with our integrity, neither my questions nor my conclusions are a judgment on others. They’re simply a report of where I am now. I know that whatever happens, Adventism is knit into my bones, in a way for which I am still very grateful. And while I remain unable to check my convictions at the door, I’m still kinda here. And maybe for the moment, talking about it honestly is good enough.

Here’s my dispatch from the asteroid field—anyone copy? 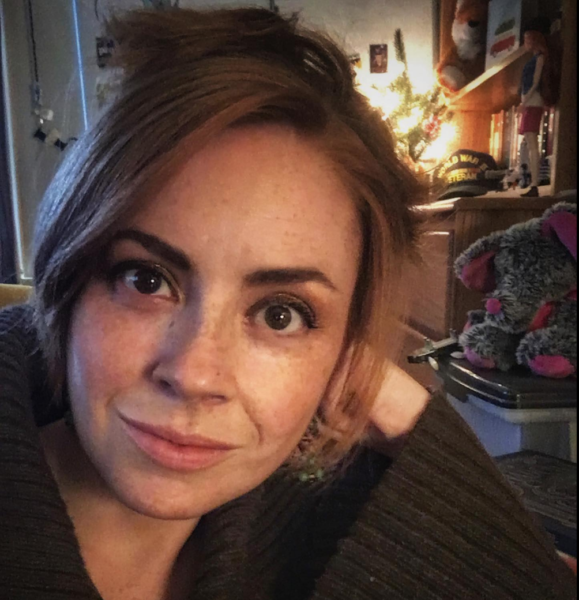 Preparing for the ATSS Lord’s Supper News Briefs for March 4, 2021