Will My Pet Cat Go to Heaven? 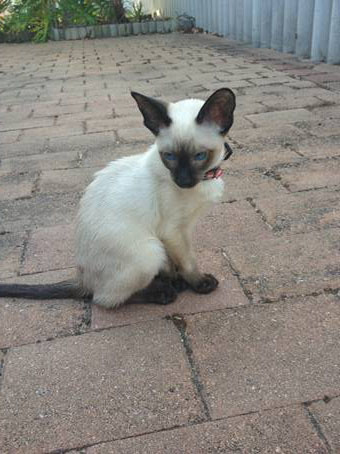 A little over a year ago, my beloved Siamese cat named Inca tragically passed away. He was hit by a bus. Inca was the first blue-eyed “baby” my wife Amy and I had. Later, Inca would become the sibling and playmate of our son, William, soon followed by our daughter, Eloise. Inca was only five years old when he was killed, which is too young for a breed that can on average live 15-20 years.

After my wife collected his body from the local ranger, he was buried at around noon in our backyard. I personally dug his grave and led out in a small family funeral.

Jeez, he was only a cat

Some of you might be thinking, “Jeez, he was only a cat.” Nonetheless, I think it is true to say pets can often end up more faithful companions than other human beings. Humans can be pretty horrible.

By contrast, our beloved pets can demonstrate an unconditional love few humans can rival. We might even call it a child-like faith.

There are numerous examples throughout history of some pretty amazing animals:

Will Inca go to heaven? 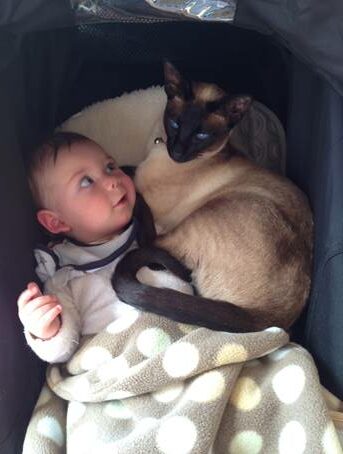 In our own case, even if Inca had not saved us from a burning fire or rescued soldiers in combat, he was still an amazing pet who was very much part of our family. As is often the way with momentous events, Inca’s funeral prompted some interesting introspection. A major question being, “Will we ever see Inca again – do pet cats go to heaven?”

Whether it was the right thing to say or not, I told my small children that they will see Inca again when Jesus returns and establishes His new heaven and new earth. But was I right to say this?

The question prompted a bit of Google searching. I would say the results were mixed. Many Christian commentators thought the gospel was a sort of how-to manual for humans to get to heaven. As such, animals didn’t have a place in the schema of salvation.

Other commentators were even harsher and suggested the question itself was blasphemous. As if it might somehow distort our understanding of everlasting life if we even asked about the eternal fate of pets.

Still others pointed to passages such as Psalms 104:27-29 or Ecclesiastes 3:21. These texts supposedly teach only humans have what many Christians consider an immortal soul.

Finally, others pointed out that only humans were made in the image of God, and it was as a human God incarnated Himself as Jesus. Therefore, it is only to humans that God offers salvation, as set out in passages such as John 3:16.

However, the more I thought about it, the more I became convinced these theologians and commentators are plain wrong. Three further points came to mind.

#1. The idea that only humans have an afterlife seems derived more from pagan philosophy than the Bible

Looking at these so-called proof texts, for a start, Psalms 104:28-29 simply says animals return to dust when they die, just like humans (Gen. 3:19). The statement from Ecclesiastes 3:21 is a question, and is a very controversial question at that, where Solomon reflects there may be no afterlife at all. In other words, Solomon is actually questioning whether human beings even go to heaven.

Finally, John 3:16-17 does not say God so loved humanity that He sent His only beloved son to save it. Quite the contrary, it says Jesus was sent because God loved the entire world.

In fact, the idea that only humans go to heaven seems less based on the Bible and more on the teachings of pagan philosophers. In particular, ancient Greek-philosopher Aristotle taught that while humans and animals had souls, only humans were rational beings with immortal souls. As such, humans could pretty much do whatever they liked with animals.

While animals clearly possessed senses and could be physically hurt, Aristotle believed one could no more morally injure an animal than an inanimate object. Incidentally, the French-philosopher Rene Descartes would later take this to an extreme in calling animals “automata,” or well-oiled machines.  For example, cruelly killing your cat might cause you some inconvenience, if you relied upon that animal to catch mice, but it is no more morally outrageous than, say, smashing your vacuum cleaner or television set.

Aristotle’s ideas would influence medieval Catholic theologian Thomas Aquinas, who in turn would introduce such ideas to the rest of Western and Christian thought. Yet that line of thinking doesn’t seem consistent with the Bible’s clear care for animals.

#2. God has emphasised His love for all creation, including animals

Looking instead at the Bible, in each epoch God has demonstrated His benevolent love for animals. Sure, humans take the lead, but this isn’t to suggest the rest of creation is not important. Quite the contrary, God established Adam for the purpose of working the Garden, including naming and caring for its animals. When human beings were so wicked God decided to destroy the world with water, it was animals He chose to save in the Ark.

In the Old Testament, we see clear rules established to limit animal cruelty. From prohibitions on painful butchering (Lev. 17:15), to muzzling an ox while treading grain (Deut. 25:4), to Sabbath rest even for beasts of burden (Ex. 23:12).

In the New Testament, through Jesus of Nazareth we see how the Creator cares for all of His creations – even the smallest sparrow (Matt. 10:29-31). In Jesus, we see an emphasis in a theology of adoption (John 1:12). In Jesus, we have a theology of a heavenly Father who is more just and more merciful than what we human beings can contemplate (Matt. 7:9). And in Jesus, we have a hope that is better and greater, not lesser and worse, than we can imagine (1 Cor. 2:9).

#3. The gospel of salvation is about more than just human beings

Third and finally, while humans might take the leading role as the dominant species on this fallen planet, the gospel story is about the redemption of all creation – pets included. What we Adventists call the Great Controversy theme is no less than the fight to conquer suffering and death itself across the whole world, including its effects on animals.

The passage I chose for Inca’s eulogy was Romans 8:19-22, and I think it aptly hones this point:

Who is subject to decay and death, groaning in pains as it waits to be saved? Is it just humankind? No.

Conclusion: The Adventist message is about worshipping the God of all creation, not just the God of people 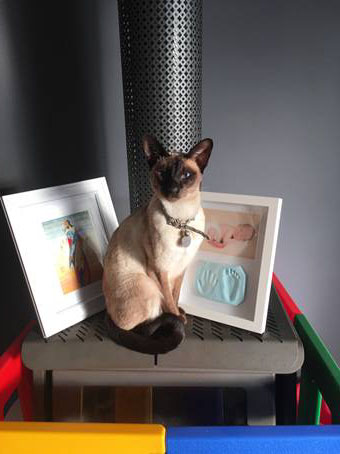 In conclusion, Jesus did die for me, and I thank God He did. Nonetheless, Jesus died for Inca too. I believe that.

Our God is the God of all creation, not merely the God of people. That is the Adventist hope and the special message of Seventh-day Adventists:

“Then I saw another angel flying in midair, and he had the eternal gospel to proclaim to those who live on the earth—to every nation, tribe, language and people. 7 He said in a loud voice, ‘Fear God and give him glory, because the hour of his judgment has come. Worship him who made the heavens, the earth, the sea and the springs of water.’” (Rev. 14:6-7)

If I had to guess, I suspect a new heaven and new earth will be full of cats and dogs. Some people will be there, for sure. But it will mostly be filled with our pets.