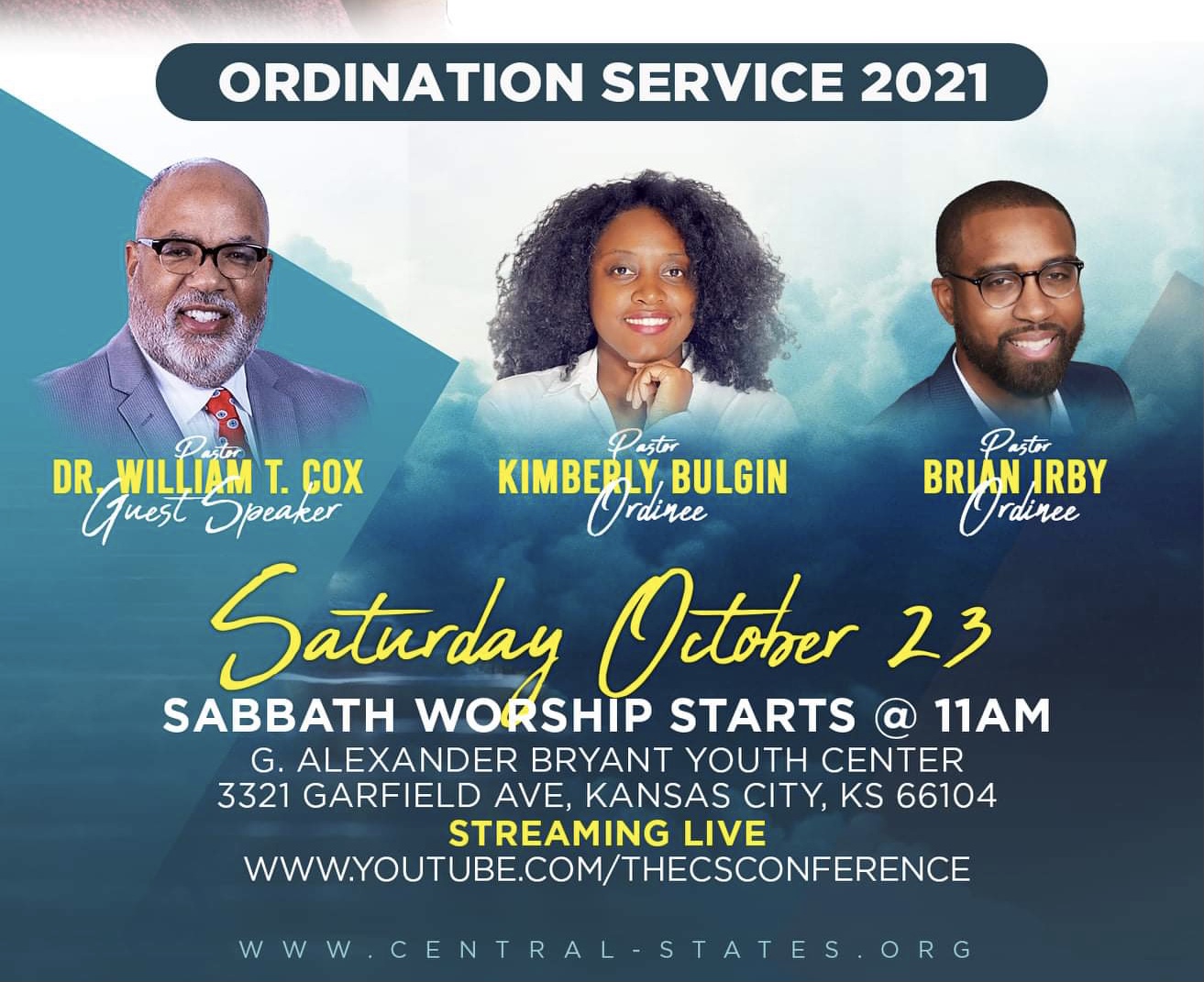 Bulgin will be ordained, along with fellow pastor Brian Irby, on Oct. 23, 2021 at the G. Alexander Bryant Youth Center in Kansas City. The service starts at 11 a.m. and will be streamed live.

Bulgin’s ministry is highly international. According to her bio on the website of New Beginnings Church, she has served in North America, Africa, the Caribbean and Europe, doing both preaching and singing.

She founded The Love God, Love Sex Experience, described in her bio as “a sacred community for single women struggling with sex.”

On Sept. 27, 2021, an overwhelming majority of Mid-America Union (MAUC) constituency session delegates voted in favor of allowing pastoral credentialing of both men and women as ordained ministers.

“The MAUC Executive Committee first voted ‘to support the ordination of women in pastoral ministry’ on March 8, 2012, but no subsequent action was taken during the past nine years,” said a report from the MAUC.

“At the direction of the Mid-America Union Conference Executive Committee from a vote taken in November 2018 and reaffirmed in April 2021, the agenda for this session included a discussion of pastoral credentialing for both men and women pastors serving in Mid-America territory,” stated the news story.

Gary Thurber, who was re-elected as MAUC president yesterday, explained before the vote that if a majority of delegates voted to allow the ordination of women, it would be entirely up to each conference in the union to decide if they would present women to the MAUC as candidates for ordination.

Thurber also stated that “because of the vote from the General Conference on this matter, the female pastor’s ordination credential would not be recognized by the world church, but would only be valid in Mid-America territory or any other conference in the NAD (North American Division) that has chosen to ordain its women pastors.”

“I hope we will keep our arms around each other and when we go from this place, we will send a message to our churches that the Mid-America Union Conference is Seventh-day Adventist to its very core and loves the world church and is thankful to be a part of it.”

Ed Reifsnyder, who was a delegate at the MAUC constituency session, noted that North American President G. Alexander Bryant was very supportive of the recommendation in the discussion leading up to the vote. In comments sent to Adventist Today about the vote, Reifsynder said:

“A notable moment during the discussion was when Alexander Bryant, president of the North American Division, expressed his full support for the ordination of women in the Division. It is clear he not only intends to expand the territory in which women are ordained, but to remove barriers for women to serve anywhere without losing their ordination credentials. Currently, if a woman pastor leaves a territory where women are ordained to go to a territory where they are not, she loses her credentials. Elder Bryant expressed a desire to change that, and the delegates adopted a motion requesting that the General Conference take up this issue.”