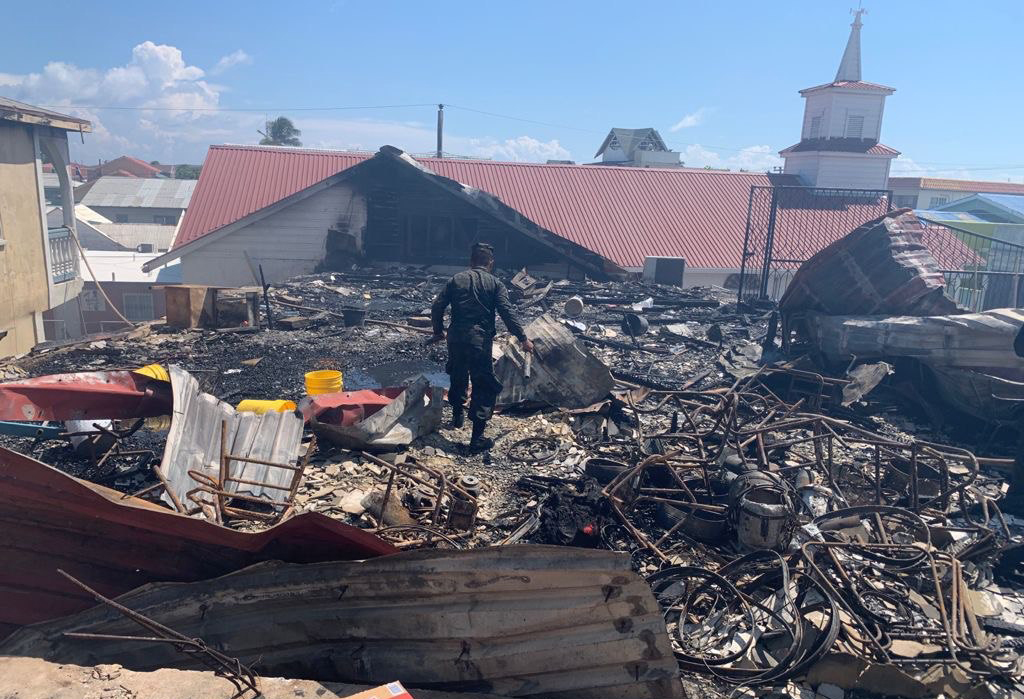 10 October 2021 | A fire on the Bay Island of Guanaja, off the northern coast of Honduras, destroyed or damaged more than 200 homes and businesses, including the church school, on Oct. 2, 2021. Thirty church members lost their homes and properties, church leaders said in an article on the Inter-American Division website.

The primary and secondary school on the island, called Instituto Adventista de Guanaja, sustained damage to its third floor, said Pastor Jorge Mairena, executive secretary for the Bay Islands Conference, which oversees the islands of Roatán, Guanaja and Utila. Fire hoses also flooded the lower floors. Managers will not be able to assess the extent of the damage until civil engineers complete a final assessment in the coming days.

The bilingual school began the academic year with a hybrid full-time and distance-learning model. It had 130 enrolled students this year, and was going through a revival week of prayer. The school is now closed indefinitely,  said Mairena.

However, the historic English Adventist Church was saved from the flames, in part due to the government’s air force helicopter fire rescue, but also because the third-floor structure of the school had apparently blocked the flames from getting to the wooden church, said Mairena. The Iglesia Adventista del Cayo (for English congregation) in Guanaja was first built in 1892 and has been refurbished throughout the years.

“The most pressing need right now is food and clothing, and that’s what we are focusing on. Later we will coordinate with ADRA how and when we can assist with rebuilding,” said Mairena. Churches in Roatán and Útila have become collection sites for goods to send to Guanaja.

Ramos said that churches across Honduras have been mobilizing their members to collect food, goods and clothing for shipping to Guanaja. A bank account has also been opened to collect aid.

ADRA in Honduras is scheduled to assess the needs on the ground in the next few days, Ramos said.

More than 3,600 Seventh-day Adventists worship in 31 churches and congregations in the Bay Islands Conference. The conference operates seven primary and secondary schools on the islands.

(Photo: A man walks through the fire damage on the third floor of the Instituto Adventista de Guanaja, the Adventist primary and secondary school on the island established in 1894. The red roof of the English Adventist Church, organized in 1892, can be seen in the background. Photo by Joni Jim Santos via the Inter-American Division website.)