What Kind of Bodies Will We Have In the Sweet By and By? 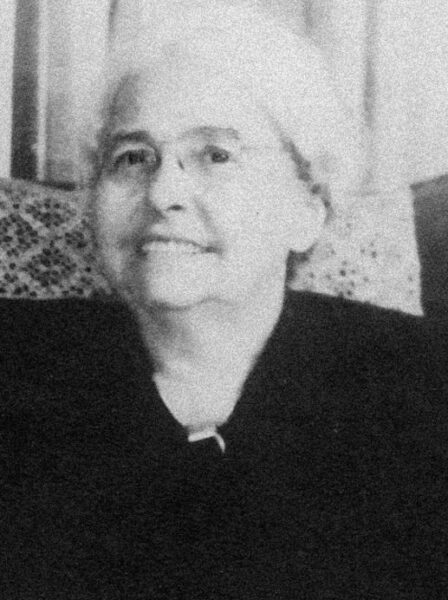 My Grandma Hayward was a character! It looked to me like Grandma had a baker’s dozen of pill bottles on her bedside stand! When the toast burned, she’d say, “Give it to me, dear. Charcoal is good for the liver.” If I went to use the bathroom, she’d warn, “Don’t flush the toilet if it’s only void, son. The landlord doesn’t want us to use too much water.” Sometimes she’d complain: “I haven’t had a bowel movement for two days!”

My maternal grandmother has been “asleep” now for 50 years, awaiting the resurrection. Many of us have sung with assurance the words “I’ll have a new body.” What will Grandma’s new body be like?

In Revelation 3:12, Jesus averred that he would make every conqueror “a pillar in the temple of . . . God, and he will never depart from it” (NET). Grandma, I, and all the saved will take on the form of a Greek column? Immobile with the weight of a temple’s superstructure resting atop my and others’ craniums? Knowing how active Grandma was, such idleness wouldn’t appeal to her!

Seriously, though: 1 John 3:2 reassures us that “when he is revealed, we will be like him [emphasis mine], for we will see him as he is” (NRSV).

The body as seed

But those categories don’t describe our resurrection bodies. Jesus’ affirmation that God is spirit (Greek: pneuma; John 4:24) provides a definition of the divine nature as well as our post-resurrection nature. Paul picked up on that term, which Jesus used, but wrote about two (not our three) body types:

The present human body, when dead, is “sown [emphasis mine] a natural [psychikos] body [sōma], [but] it is raised a spiritual [pneumatikos] body [sōma]” (1 Corinthians 15:44, NET).

That concept of planting the corpse became the operative metaphor for Paul, and explained what the resurrected body will be like. He said that “what you sow is not the body that is to be, but a bare seed—perhaps of wheat or something else” (verse 37, NET).

Seeds, of course, sprout and grow into plants that look quite different from the seeds from which they had germinated. God gives “to each of the seeds a body of its own” (verse 38, NET). If you’ve ever planted a garden, you understand Paul’s vivid word picture. Seeds are not only much smaller than the plants that spring from them but also have a very different appearance.

Plant a small, shriveled pea, and a lovely twining plant with beautiful blossoms grows from it. Plant one kernel of wheat, which is a fraction of an inch long, and a stalk will grow up to 39 inches high and topped with a head of 50 kernels! If I had not seen acorns on the twigs of oak trees, I would never have guessed that “mighty oaks from little acorns grow”!

Paul reasoned that the human corpse “is sown a natural [psychikos] body [sōma], [but] it is raised a spiritual [pneumatikos] body [sōma]” (verse 44, NET). He provided the reason why the resurrected body will be so different from the interred corpse. “Flesh [sarx] and blood [haima] cannot inherit the kingdom of God, nor does the perishable [phthora] inherit the imperishable [aphtharsia]” (verse 50, NET).

According to Luke 24:39, Jesus used a similar expression for the natural human body but exchanged the term “bone” [osteon] for “blood” [haima]. That difference (blood versus bone) always bothered my father-in-law. Back to Paul. So it is that “what is sown is perishable [phthora], [but] what is raised is imperishable [aphtharsia]” (verse 42, NET).

Then, for just a moment, Paul piled a metaphor from astronomy upon the agricultural symbolism—perhaps to make sure that the Corinthian Christians got his point. “There are heavenly [epouranios] bodies [sōma] and earthly [epigeios] bodies [sōma]. The glory of the heavenly [epouranios] body [sōma] is one sort and the earthly [epigeios] another. . . . It is the same with the resurrection of the dead” (verses 40, 42, NET).

What, then, will Grandma be like after she is resurrected? Will I even recognize her? What “stuff” will comprise her epouranios sōma? Will it be antimatter? Maybe she will be composed of light matter, not dark matter? What about the term “protoplasma.” No, that is not a typo. Read that word again: protoplasma. I refer to the fourth state of matter as we know it.

Will grandmother’s heavenly body (epouranios sōma) have mass? If no mass, then whatever “element” constitutes her has no mass either and therefore, by definition, her body will not consist of matter. That’s what post-resurrection bodies will not be—material And, we’re back to an immaterial (spiritual) body. A contradiction of terms?

What about the white robe (7:9,13) that Grandma will wear? Why would her epouranios sōma require a garment? Maybe that reference to a white gown should not be taken literally. Why? Because verse 14 explains the reason for Grandma’s dress being white: it had been laundered (Greek: plynō) in blood—the Lamb’s blood. Since when has blood been a detergent or a bleach?

Just maybe, then, the reference to Grandma’s attire of white might describe that which would have made sense to a first-century individual. The reference to a white robe might mean that Grandma’s resurrected epouranios sōma will have luminosity produced by radioactivity or bioluminescence. (Oops! That assumes the presence of matter!)

Will she respond if, while I roam the streets of gold, I keep calling: “Grandma Hayward! Annette DesRoches Hayward, come in, come in, wherever you are!” I won’t know what to call her in eternity because she alone will know her top-secret new name etched onto a white microchip (Revelation 2:17—actually, a white “stone”). Will she (or I) remember her former name? “The former things shall not be remembered or come to mind” (Isaiah 65:17, NRSV). Again, “the former things are passed away” (Revelation 21:4).

This brings me back to that “stuff” which will make up Grandma’s epouranios sōma. Jesus, through his spokesperson John, said that he will tattoo (for lack of a more precise term) on each overcomer three different names:

Where on Grandma’s epouranios sōma will God’s name be written? On her forehead (22:4). And what about the other two names? Same place? If so, either the tattoos will be in miniscule script or else Grandma’s brow will be a lot bigger than when I last saw her!

Furthermore, were I to call out any or all of those three cognomens, every person among that crowd of innumerable residents of the Holy City (7:9) would come running because those names will be on all the saved!

You can see the dilemma I’ll face when it comes to being reunited with Grandma Hayward!

You get my point, of course: this is what happens when one takes too literally some of the imagery of Scripture—especially the pictures in the last book of the Bible. That’s how a kindergartner would understand such language.

If I interpret for my age and understanding, I’ll have to be content to realize that whatever Grandma looks like in the sweet by and by, I’ll be thrilled to see her!

Richard W. Coffen is a retired vice president of editorial services at Review and Herald Publishing Association. He writes from Green Valley, Arizona.