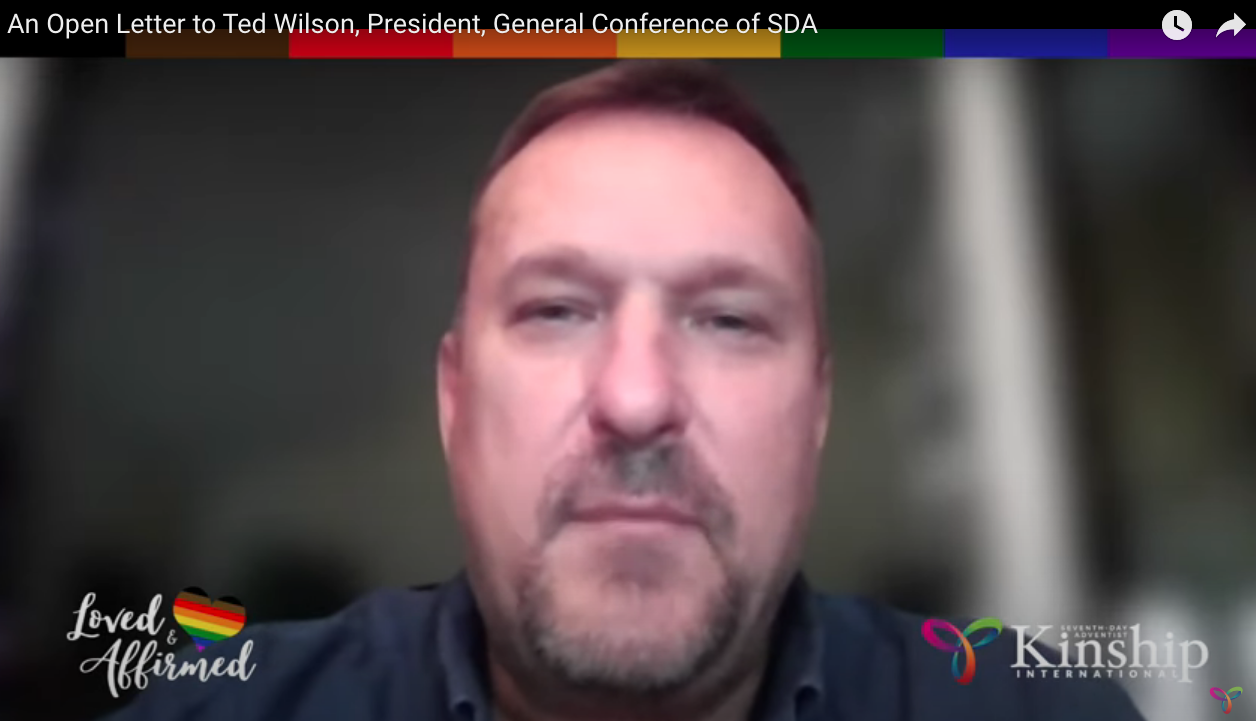 During the 2021 Annual Council of the General Conference Executive Committee Annual Council, Wilson and other church leaders spoke out against the LGBTQIA+ in sermons and presentations. One tweet from Wilson, in particular, generated many heated responses:

“I was disturbed that someone of your caliber would actually say those words,” said Poenitz.

Poenitz said adultery and fornication were actions, things that people have done, whereas being LGBTQIA+ is “self-identification.”

To lump LGBTQIA+ people together with adultery and fornication is totally unacceptable, said Poenitz. Being LGBTQIA+ is not a “societal trend,” but something members of that community have known about themselves since a young age.

Poenitz argued the Bible is not against homosexuality in terms of someone who loves another person of the same gender. Rather, he said the Bible condemns homosexual sex when it is in the context of rape, temple prostitution, pedophilia and sex used a method of control.

He also cautioned against Wilson’s support of Coming Out Ministry, led by Ron Woolsey and Michael Carducci. According to Coming Out’s mission page, Woolsey and Carducci are “living proof that God changes lives when we call out to Him, invite Him in, fully submit our will and abide in Him. No greater joy has been experienced in [their] lives than that which has freed [them] from the chains of homosexuality.”

The Coming Out Ministry’s mission statement also said: “Silence is not an option when Satan is gaining momentum each day deceiving those who will live according to feelings rather than every word that proceedeth out of the mouth of God.”

Poenitz reminded Wilson of what happened the last time the church sponsored an ex-gay ministry, the Quest Learning Center in Reading, Pennsylvania, USA: the leader, Colin Cook, an Adventist pastor, abused those he was counseling.

The church quietly distanced itself, said Poenitz, but didn’t apologize to the LGBTQIA+ community.

However, Ronald Lawson, a retired professor from Queens College, CUNY who researched and wrote a paper on Cook and his ministries, said: “When some of the former counselees interviewed by the press complained that the whole focus had been on Cook as victim and that the Adventist Church had not contacted them to make amends or even to apologize,  Duncan Eva [a retired Vice President of the GC and the liaison between the GC and Quest] wrote a letter of apology and, in order to continue to protect the confidentiality of the counselees, left Cook with the responsibility for mailing it. However, when the first few drew responses from counselees that were verbally violent towards him, Cook chose not to mail the rest.”

Poenitz believes that though Coming Out Ministry may not use the same methods of Quest, they could be “equally damaging.”

“Every LGBTQ … person I know prayed for many, many years that they would be changed because society didn’t accept them, our beloved Adventist Church doesn’t accept us,” said Poenitz. “After many, many years of prayer I have yet to find anyone who was truly changed inside.”

Although it is possible to modify behavior, no one has been able to change the attraction and the longing they have for the same gender, he said.

He applauded Coming Out Ministry for the work that they had done in bringing people back to Jesus and the Adventist Church. But he stressed that many members of the LGBTQIA+ community have not left the church; they want to stay, but sermons like Wilson’s make it hard for them to remain.

He invited Wilson to communicate with him and the LGBTQIA+ community.

“Let’s put aside the myths, the misunderstandings and let’s get to the bottom of what it means to be a gay, queer Adventist,” said Poenitz.