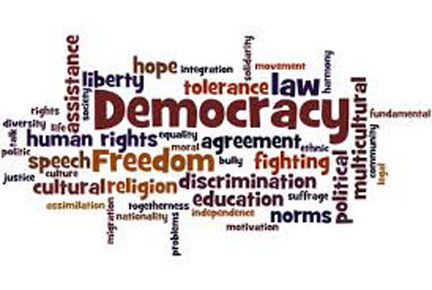 By Michael Peabody, June 27, 2017:      Yesterday, the United States Supreme Court ruled 7 to 2 that a state law that prohibited a church from participating in a state playground resurfacing grant program available to other nonprofits violated the Constitution because the laws discriminate against churches thus violating the church’s right to free exercise of religion.  (Trinity Lutheran Church v. Comer)

Also yesterday, the Court agreed to hear the case of a small business owner who claims that state laws that prohibit him from refusing to sell wedding cakes to same-sex couples violate the Constitution because the laws do not allow him to discriminate thus violating his free exercise of religion. (Masterpiece Cakeshop, Ltd. v. Colorado Civil Rights Commission)

In the near future, the Court may hear a case of a same-sex couple that claims that a church that participated in a state-funded gymnasium floor resurfacing grant program available to other nonprofits unlawfully discriminated against them when the church refused their application to hold their wedding reception in the gymnasium.  The church will claim free exercise of religion, and the state will argue that participation in a grant program implies agreement to state anti-discrimination provisions.

“The fondness of magistrates to foster Christianity, has done it more harm than all the persecutions ever did. Persecution, like a lion, tears the saints to death, but leaves Christianity pure: state establishment of religion, like a bear, hugs the saints, but corrupts Christianity, and reduces it to a level with state policy.” By Baptist evangelist John Leland in 1804.

“If this separation means anything, it means that the government cannot, or at the very least need not, tax its citizens and turn that money over to houses of worship. The Court today blinds itself to the outcome this history requires and leads us instead to a place where separation of church and state is a constitutional slogan, not a constitutional commitment.” By Justice Sonia Sotomayor in her dissent in the Trinity Lutheran Church v. Comer decision yesterday.

Court: State must include church in public funding scheme

In the ruling in Trinity Lutheran Church v. Comer, the Court found that the state of Missouri must allow a church to compete for a generally applicable playground resurfacing funding program. Although Chief Justice John Roberts included a brief footnote presumably limiting the scope of the decision to playground resurfacing, this decision has the potential for rewriting Establishment Clause jurisprudence in the United States.

This decision overturns over 200 years of legal precedent by requiring a state to provide public funding directly to a religious organization. As Justice Sonia Sotomayor, joined by Justice Ruth Bader Ginsberg, wrote in her dissent, “This case is about nothing less than the relationship between religious institutions and the civil government — that is, between church and state.”   She continued, stating that the decision.

The classical expression of the Establishment Clause was to prohibit the government from requiring citizens to support religion with tax money.  Sotomayor writes, “Religion was best served when sects reached out on the basis of their tenets alone, unsullied by outside forces, allowing adherents to come to their faith voluntarily.”

In 1990, the Supreme Court rewrote Free Exercise Clause jurisprudence in the Employment Division v. Smith finding that states could impose themselves on the free exercise of religion so long as they did not intend to single out the free exercise of religion. Trinity Lutheran will have a similar destabilizing effect on Establishment Clause jurisprudence by requiring states to fund religion in certain circumstances.

The effect of money flowing into churches is not limited to the financial benefit of the churches, but also for the state regulations to flow into churches.  With the anticipated demise of the Johnson Amendment, which prohibited churches from engaging in political campaigning for particular candidates, there may soon be allegations that certain churches get preferential treatment over others as they clamor for state funding. Ironically, although Trinity Lutheran Church claimed it was being “discriminated against” by the long-standing Missouri state constitutional prohibition on funding of churches, Trinity may also find itself beholden to state anti-discrimination measures when it comes to the use of the funded property.  They may also find that they have surrendered publicly funded facilities, for instance, a playground, to public anti-discrimination statutes that previously exempted churches.

Churches that claim they are being discriminated against when applying for public funding may find themselves subject to anti-discrimination laws in the use of that funding. This decision is a game-changer for separation of church and state in America.

The issue the Court will be considering is:  Whether applying Colorado’s public accommodations law to compel Phillips to create expression that violates his sincerely held religious beliefs about marriage violates the Free Speech or Free Exercise Clauses of the First Amendment.

The Court calendar and briefs are available on SCOTUSBlog.com.  This will likely be the most-watched case in the term beginning in October 2017.

Michael D. Peabody is an attorney in California and an active member of the Seventh-day Adventist Church who publishes ReligiousLiberty.TV from which he kindly agreed to allow Adventist Today to republish this article.