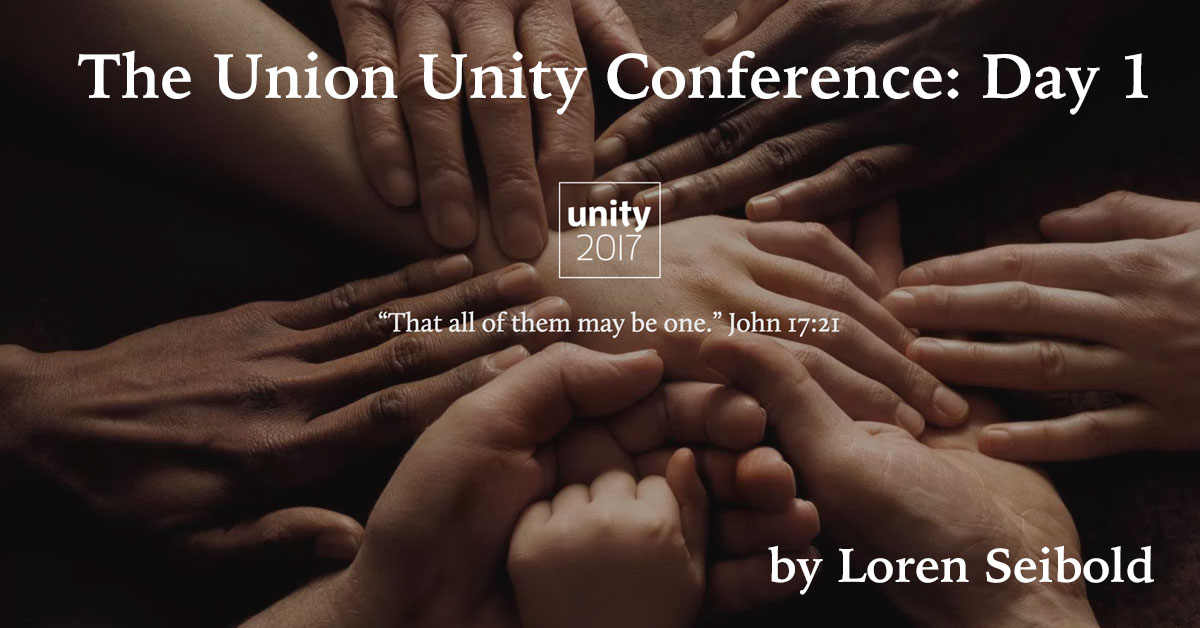 The Unity Conference has, in its first day, quite exceeded my expectations. Honestly, here’s what I’m excited about: all of the papers were so thoughtful and contributive, that I can’t wait for you to read them! And read them you will! The links to the papers are below my précis of today’s presentations.

My big takeaway for the day is that the church has gone back and forth between strong central authority, and a looser structure, but that there’s plenty in our history, in Ellen White, and in our policy to make a strong, clear case for a diverse church with regional and cultural flexibility.

Unity and diversity are both important parts of church structure. In the 1901-1903 reorganization Ellen White, having experienced leaders like G.I. Butler, pushed for a less centralized church leadership structure. Butler had opined that “There is not an institution among us, not a periodical issued, not a Conference or society, not a mission field connected with our work, that [the General Conference] has not a right to advise and counsel and investigate. It is the highest authority of an earthly character among Seventh-day Adventists.” Ellen White responded that “A sick man’s mind has had a controlling power over the General Conference committee… He thinks his position gives him such power that his voice is infallible.” She said that “the president of the General Conference could not possibly ‘understand the situation as well as you who are on the ground.'” As a result, union conferences were formed, and decision-making was moved from the GC to the union conferences.

Main point: A rather large study of authority in the Adventist church, starting with Adventism’s approach to biblical authority, then Ellen White’s thoughts on authority, and the development of authoritative structures in the church. (Read Knight’s 9.5 Theses here).

Re the 2016 autumn council document “A Study of Church Governance and Unity.” “The General Conference presidential offices had to step outside of policy to make its case for punishing those it deemed to be outside of policy. After all, the Working Policy spells out in unmistakable language that dissolution of unions must begin at the division level. But if the division is not likely to come up with the ‘proper’ answer, alternatives must be used. The selected alternative, in this case, was for presidential to step outside of policy to accomplish the task. So we have a case of blatant noncompliance with the Working Policy to punish noncompliance. Obviously, what is needed is a new policy that allows the General Conference president to initiate actions against anybody deemed deserving of such attention. Such a policy, of course, would be a major step toward papalism and unrestricted kingly power.… To put it mildly, the leadership of the General Conference has backed itself into an extraordinary situation in the evolution (or revolution) in Adventist authority.”

Circumstances Change the Relations of Things: Ellen White’s Attitude toward Theological Continuity and Change and its Implication for, and Application to, Issues of Church Authority, Policy and Structure

Dr. Pöhler helpfully provided this summary: “An analysis of Ellen White’s attitude on doctrinal development leads to a better understanding of her volatile relationship toward the structure, authority and policies of the Adventist church. Her view on organizational readjustment, situational reevaluation and conscientious nonconformity may help the church find adequate solutions to the current impasse between certain church entities.” Recurring Ellen White quote: “Circumstances alter conditions. Circumstances change the relations of things.”

In the 1890’s, Ellen White wrote, “We hear that the voice of the [General] Conference is the voice of God. Every time I have heard this, I have thought it was almost blasphemy.” This is quite a contrast to the quotes about the General Conference’s authority that we usually hear.

Dr. Cooper is something of a canon lawyer with regard to Adventist policy. He feels that by discussing topics like women’s ordination as theological topics, we’ve missed opportunities to find workable ways through some of our problems by means of policy development.

“I am indebted to Kevin Burton whose unpublished paper cites information provided by the General Conference in 1906, 1916 and 1926 to the United States Bureau of the Census. The following statement appeared under the information about Seventh-day Adventists: ‘Membership in the conferences or the ministry is open to both sexes although there are very few female ministers.’ … It would appear from this that there were no leadership or ministry roles for which women were ineligible.”

On the schedule for tomorrow?