The Relevance of Adventist Teachings in Animist Cultures 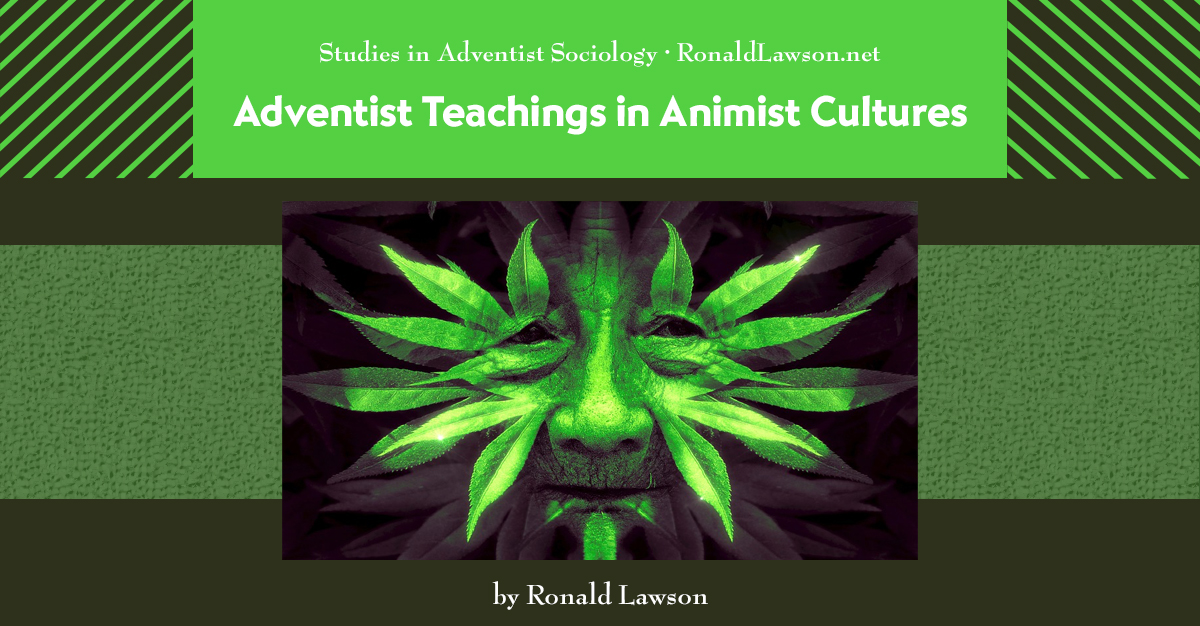 I am completing an ambitious sociological study of global Adventism. My research has taken me to 56 countries in all divisions of the world church. I focus here on Africa and Papua-New Guinea (PNG), both of which have pervasive animist cultures. I will share with you some vignettes that will raise some issues where I am still wrestling with interpretations. I am hoping that this will help you to understand some of the issues Adventists face in trying to maintain a centrally organized world church with 28 mutually agreed on “fundamental beliefs”; I am hoping too that you will have insights that could help me make better sense of what lies behind these vignettes.

Keep in mind that Adventism has been doing very well in these animist societies in recent decades. As of the end of 2006 our official membership statistics showed 5,121,819 members in Sub-Saharan Africa—that is one-third of the world membership.

Adventists have established several universities and other institutions of higher learning in Africa and PNG which have become respected institutions in recent years: they have faculty with doctorates and masters degrees, increasing numbers of whom are Africans and New Guineans. However, I was surprised when I asked those faculty members about issues that are currently the focus of debate in the Adventist universities of the developed world how uninterested they typically were in those debates; they mouthed the official responses, and I realized that these were not their issues. For example, when there were three years of officially encouraged debate about science, creation and evolution, and the divisions were supposed to have their own meetings and discussions during the second year, several divisions in the developing world, including those in Africa, did not bother to schedule those discussions. I was left wondering whether they had theological questions of their own that were relevant to their cultures.

The GC a few years ago added a 28th point to the list of Fundamental Beliefs. This is purportedly an endeavor to address such issues. However, I suspect that you would need to have been clued in about the context in order to realize it from reading the wording of the belief. Here it is:

In planning my chapter that will deal with theological issues and changes over time, I have concluded that the debates about such issues occur in the developed world, and that they are about the theological agenda and issues of the church, its leaders, theologians, and members in the developed world—that there is a conspiracy of silence about the issues of countries of the developing world. I have a hunch that the leaders and teachers in the developing world would rather leave things well enough alone—that is, leave their issues on a back burner. I am left wondering how relevant our teaching is there, and what the ingredients are of the great attraction that Adventism has there.

Ronald Lawson is a lifelong Seventh-day Adventist, and a sociologist studying urban conflicts and sectarian religions. He is retired from Queens College, CUNY.