The Flood Narrative:  Essence, Biblical Context, and the Character of God

This article will serve as background reading for our 20 March Adventist Today Sabbath Seminar.

Discussions on the Flood narrative by conservative Christians frequently major on details found nowhere in the Genesis account. For example, despite frequent claims to the contrary, Genesis says nothing of Noah’s preaching, for his silence is one of his major characteristics in the account. The notion that Noah preached at all arises from an imaginative expansion of the enigmatic statement in 2 Pet 2:5 that he was “a herald of righteousness”. Proponents of “Flood geology” claim that many of the Earth’s geological features can be explained by the cataclysmic changes that occurred during the Deluge, such as the rising of mountain ranges, laying down of rock layers, separating of continental land masses, etc. Yet, Genesis is silent on these matters also.

More rewarding are investigations of what the Flood narrative does say. Time spent on the text’s theology will reveal profound thought, though told simply in narrative form, as is true of much of the Old Testament. However, a straightforward reading of the text encounters some challenges to conventional dogma as well.

(Prior to our discussion in ATSS, a thoughtful reading of the biblical text (Gen 6‒9) would be excellent preparation.)

What follows is from my book Back to the Present: Encountering Genesis in the 21st Century, pp. 88‒89.)

A striking fact about Noah in the Flood account is that he is totally silent.  Before the Flood, throughout preparations for it, and while the ark floats on the waters, Noah says not a word.  The story underlines not what he says, but what he does.  He is the obedient servant of God.  Even when the ark is grounded on top of the mountain, Noah does nothing until God gives the command.  The picture of Noah as unswervingly righteous and obedient forms a strong contrast to the Man and Woman in the garden.  This might raise hopes that a totally new beginning awaits humanity once his family disembarks.  If that is what we expect, then we are gravely disappointed.

If we learn a lot about Noah in this story, we learn just as much about God.  His motivation for sending the Flood is set out clearly at the outset.  Wickedness is rampant and the human heart is evil (Gen 6:5‒7).  In this light, God’s reason for promising never to send a flood again seems strange at first sight.  He says, “I will never again curse the ground because of humankind, for the inclination of the human heart is evil from youth; nor will I ever again destroy every living creature as I have done” (8:21).  First, it is clear that any hopes we had for a renewed righteous humanity after the Flood were misplaced.  The human heart will continue to be evil.  So, the Flood has changed nothing.  It might have destroyed many evil people, but it has not changed human nature.  In other words, punishment has not solved the problem of human sin.  If we want a solution to sin itself, it will have to be by another means.  God suffered because of human sin at the Flood, “it grieved him to his heart” (Gen 6:6).  The New Testament builds on this to show how God took suffering upon himself.  Christ suffered and died on our behalf, and by that means provided the solution to human sin.  As Christ himself said, “the Messiah is to suffer and to rise from the dead on the third day, and…repentance and forgiveness of sins is to be proclaimed in his name to all nations” (Luke 24:46-47).

Secondly, God’s vow not to destroy the earth raises an obvious question.  If God in the future will not send a flood despite the depravity of humanity, why did he do so in the time of Noah?  Clearly something has changed.  In 6:5-7 the evil in the human heart caused God to destroy the earth.  In 8:21 he once again sees the same evil in the human heart and decides he will never again destroy.  In both places the evil human heart causes God to change his mind.  On the first occasion, God said, ‘I am sorry that I have made them’ (6:7, NRSV).  In other words, God changed his mind about humanity.  On the second occasion, he changes his mind again, not about humanity but about the punishment he will send.  The evil in the human heart after the Flood shows that people have not changed their attitude to God.

But God’s decision shows that he has changed his attitude toward humans.  From now on, he will show even more grace than he has in the past.  The Flood was the judgment that the world actually deserved; the rainbow symbolises the grace that it does not deserve.  The rainbow is not a sign of a new covenant merely between God and human beings.  It is far more comprehensive.  It will be ‘between me and you and all living creatures of every kind’ (9:15).  At the heart of the Flood story ‘God remembered Noah’ (8:1).  Now, forever after the Flood, when God sees the rainbow, he will ‘remember the everlasting covenant between God and all living creatures of every kind on the earth’ (9:16).  This, despite the fact that humanity still remains wicked.  As Calvin said, if God gave the world what it deserved, he would send a flood everyday.  The fact that he never will spells out the depth of his grace. Taken as a whole, therefore, we learn as much about God’s grace as we do about judgment in the Flood story.  His grace limits his judgment, not vice-versa.  ‘For it is by grace you have been saved, through faith—and this not from yourselves, it is the gift of God—not by works, so that no-one can boast’ (Ephesians 2:8-9).” 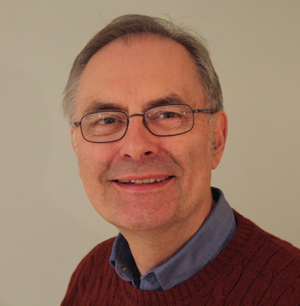