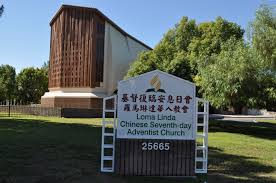 25 October 2018  |  Dr. Samuel Young passed to his rest in Christ on Sabbath, October 13, in Loma Linda, California. He served as an assistant to the president of the Adventist denomination’s General Conference (GC) from 1990 to 1995, and an associate secretary from 1985 to 1990, the first Chinese and Asian to be elected an officer of the GC. He represented the denomination and its institutions to several United Nations agencies, including the World Health Organization (WHO).

Prior to that he was president of the South China Island Union Mission, also the first Chinese in that position, following a number of missionaries from other parts of the world. He also served as president of the Hong Kong-Macao Mission and worked with Sir Run Run Shaw who provided the funding for a hospital on mainland China with the proviso (accepted by the People’s Republic of China) that it be run by Adventists.

In the 1970s, Young served for a time as president of both Taiwan Adventist College and Hong Kong Adventist College after completing a Ph.D. at the University of Maryland in the United States. His mother became an Adventist in 1946 and sent him to the Adventist South China Training Institute where he was baptized during a student Week of Prayer by Pastor Lei Tat Ming. Born in 1928 to a newspaper editor in Shanghai, Young survived both the Sino-Japanese War (which became part of World War II) and the revolution in China that followed.

Young was also an executive of the Chan Shun Foundation, founded by Dr. Chan Shun with his family fortune. It has funded many scholarships at Adventist colleges and universities and buildings on a number of campuses, including the School of Business facility at Andrews University.

Young is survived by his wife Janice, and their two sons Samuel and Peter, and their only daughter Sylvia Lighthouse, as well as their spouses and eight grandchildren. His funeral was held October 21 at the Loma Linda Chinese Seventh-day Adventist Church.

The photo is of the Chinese Seventh-day Adventist Church in Loma Linda, California.