On April 28, 1996—my 30th birthday—I was watching television as details emerged about a massacre in Port Arthur, Australia’s historic penal colony in Tasmania. My first son was due in a few weeks. The shooter, Martin Byrant, was only a year younger than me. On that day he killed 35 people and injured 23 others—although we didn’t know all of the details at that time. Three years ago as Australians collectively remembered the twentieth anniversary of the massacre, Bryant’s defense lawyer released video of the police interview.

One of the things that disturbed me was Martin’s appearance. He was beautiful. The pale curls that fell past his shoulders made him look like a surfer-angel, drifted ashore on a golden surfboard. The bone structure, the blue eyes, the full lips, perfect teeth. He looked like purity and goodness itself, like a popular hero archetype. 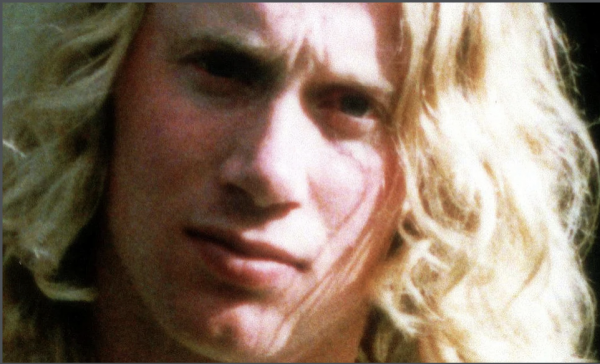 Yet this gave him a more sinister edge, because his behavior was alien and alienating.

Back in 1996 Martin Bryant was described as a loner, unaffectionate, and displaying “disturbing” behaviors. Today, he would probably be diagnosed with intellectual impairments, personality disorder and autism.

When he was around age 16, his concerned parents took him out of school and had him assessed by a clinical psychiatrist. They wanted to know what kind of future their son might have. The psychiatrist’s report says that he would probably never fit into a work environment. He would annoy people and upset them.

This is the sad, human side of Martin Bryant’s story. When Bryant was growing up, less was understood of disability, and parents bore the entire responsibility for their children’s future. There were few special programs, early interventions, or funding mechanisms apart from a disability pension when they left school.

The psychiatrist’s case notes sound ominous now: “Only parents’ efforts prevented further deterioration.” “Could be schizophrenic.” “Parents face a bleak future with him.”

In the police interview, Bryant speaks in a childlike, singsongy voice. Contrary to what one would expect, he doesn’t seem angry or bitter. He didn’t seem to me to react in a way that reflects the hurt of years of rejection, or like someone who has decided to go out in a blaze of glory after losing his only friend, a middle-aged woman, in a car crash, and his father to suicide. Although there is no doubt these things contributed to Bryant’s psychological state, none of this is evident when you watch the interview.

What is clear is that he seems to lack empathy. He’s impulsive and consumed by the details. He wants to know how many died, how many were wounded, how they died. When they bring in his weapons, he shows the police how each gun works, smiles and giggles when he sees photographs of the murder scene—even, horrifyingly, when he sees pictures of the dead children. He prolongs the process of admitting to the details: inching towards, then backing away from confession. Is he nervous, manipulative? Maybe it’s all a joke to him.

Why Does It Happen?

But then you remember his disability and the picture comes into sharper focus. They are being kind to him and they’re listening, attentive to his needs. This is the opposite of his usual experience with people, and could explain his playfulness and joking around. However, like so many other interactions with people throughout his life, he’s reading the cues wrong. These people are not there to be his friends.

I don’t tell you about Bryant because I want you to feel empathy for a mass murderer. I tell you because it’s vital that we think about how and why these things happen. In spite of some pretty big red flags beforehand, such as a growing penchant for guns and there being no one who could manage his impulsive behavior, this was not in Bryant’s foreseeable future.

And by no means should we assume that someone on the autism spectrum is likely to become a mass shooter. This is simply incorrect. There are many reasons for young men to break out in this way, but one is becoming more apparent than others. It can be summed up by what the El Paso shooter’s family said in their public announcement: “Patrick’s actions were apparently influenced and informed by people we do not know, and from ideas and beliefs that we do not accept or condone.” We are seeing a toxic mix of ideology and isolation, and when you add guns, it’s deadly.

On the twentieth anniversary of Port Arthur, a nurse talked about how she had given emergency care to dying men, women and children in the Broad Arrow Café, which was full of people whom Bryant tore to shreds with his bullets before moving on to hunt for more victims. She talks about how in her dreams each night she revisits the scene, pictures each victim lying where they fell: by the door, near a table, under a window. She’s a survivor but her life swerved off course that day.

That’s just one of the many stories that came from that tragic event.

The one very big thing I am proud of was the day that we Australians rose up in righteous revolt against Bryant’s actions. We threw a floodlight on the massacre and the murders that had happened before. We pushed back at the malevolent shadow that people like him had cast over our history and our hearts for too many years. We used his actions as impetus for gun laws, and it changed our path here in Australia.

Now when we Australians think of Martin Bryant, we sigh with collective relief about the day we decided enough was enough. We also sigh every time we hear stories of another massacre in another country where they have not yet reached the same conclusion as we did.

Every year I think about Port Arthur on my birthday. It’s now 23 years since it happened, but I still reflect on the families torn apart, children who never grew up, survivors who carry wounds deeper than silver scars from ancient bullet wounds. On April 28, 1996, I was just a few weeks from giving birth to my first child. Would he grow up in this new reality of active shooters and mass murder? Or would he grow up in a safer country? In the ugliness and the horror of Port Arthur’s blood-soaked ground, we planted life.

Debbie Hooper Cosier is a former teacher and now content writer who lives with her husband, Barry, and sons, Jamie and Braden, in the Tweed Valley in northern New South Wales, Australia. Her website is freshwriting.com.au.