The California sun is low in the sky, bathing the face of the 22-year-old in golden light as he records a message from the driver’s seat of his car. “Hi. Elliot Rodger here. Tomorrow is the Day of Retribution—the day I will have my revenge against humanity, against all of you.”

From time to time, he pauses to stroke his chin with a forefinger, grin through gritted teeth and chuckle a low “heh-heh-heh-heh” sound. It’s disturbing yet also slightly silly. A scene you might write for a B-grade movie: “Villain Contemplates Evil Plan.”

He begins his rampage on 23 May 2014, by stabbing to death his two male flatmates and another boy who drops by to visit. From his car, he uploads his video to YouTube then drives towards the University of California Santa Barbara, gunning down students going about their Friday activities and ramming his vehicle into pedestrians. Three more students are killed and 14 injured. During the ensuing police chase he receives a non-fatal gunshot wound, crashes his car and turns the gun on himself.

According to his vlog, this was punishment for those he held responsible for his mental torture. A conspiracy existed to deprive him of sex, he believed, between attractive girls and the types of boys they dated.

In the five years since the attack, online forums have formed around similar tales of woe. Incels (short for “involuntary celibates”), which started in an online self-help group, are now men and boys who have turned their self-hatred onto women who, they believe, are only capable of making stupid, shallow choices for sexual or romantic partnerships. Many incels believe that women should be forced into monogamous relationships with men who are selected for them.

The sinister edge of incel ideology was played out again last year in a copycat attack in Toronto. A 25-year-old man plowed his van into crowds of people after posting a message on Facebook hailing Elliot Rodger as his hero. Following the attack there was a call from other incels to rise up, rape and attack women. Within the year, a 40-year-old man carried out another misogyny-fueled attack in a Florida yoga studio. Investigators found a history of online rants and sexual assaults targeting women.

Looking from the outside it’s easy see how irrational incel dogma is. But what significance should we give it? Washington Post opinion columnist Christine Emba wrote in June this year: “… we should still be paying attention to what this level of desperation is telling us—incels are the bleeding edge of a generation of struggling men.”

Emba may be right. Statistics reveal unprecedented rates of male loneliness, anxiety and depression, male suicide and male-to-male assault. We also see the frequent stalling of young male adulthood when it comes to education, careers and relationships.

How has this come about?

As a Mum and Teacher

When I first became a mum in 1996, I thanked God for giving me a son, and fourteen months later, a second one. Yet growing up as one of three sisters and being a young high school English teacher who saw adolescent boys as a bit of an enigma, I realized I needed to put some work into this boy space.

I saw that once boys reached adolescence, they struggled to be open and vulnerable because of powerful social norms. They operated in a limited range of modes: sullen, funny or angry. I saw some variation on the theme, but also a certain uniformity, whether I encountered boys in public or Christian schools. I also found that a boy’s public face is very different from his private one, and if you create safe spaces and demonstrate that you are genuinely interested in what he has to say, then he will let you behind the mask.

A certain type of boy really troubled me. He was disconnected from others. It was like a thick black cloud had settled around his head. I would sometimes find the last few pages of English exercise books filled with drawings of monsters, blood dripping from fangs, knives held aloft in hairy fists, and dialogue bubbles filled with words like “I’LL KILL YOU.” This was the 90s—about ten years before Elliot Rodger went from troubled child to lonely teen to killer, before western societies like the United States started experiencing a massive uptick in school shootings by rage-fueled young men.

I observed boys becoming even more disengaged at school in the mid to late 2000s. Video gaming had been around for some time but it no longer required a controller attached to a device in the living room at home. We were seeing mobile devices in the playground. Pew Research from 2008 reveals that 99% of pubescent boys and 94% of girls at the same age were playing video games. By their late teens, the number of girls playing video games dropped to 35%, whereas 65% of boys continued playing. Boys also played more frequently, for longer periods, and a broader variety of games. The sheer amount of time this was taking away from other activities was having real, observable effects at home and school.

This was exacerbated by what educators were doing in schools. Preoccupied with computers, we took our attention off what was going on in the hearts and minds of children and exchanged the kinds of professional development that would make us better teachers and supporters of their academic, social and emotional development with computer literacy workshops. This was in readiness for the one-to-one laptop programs of the 2010s in which households would reverberate internationally with the outraged cry: “You can’t take my laptop away—it has my schoolwork on it!” Welcome, the furtive gaming that goes on behind laptop lids. Parents and teachers at this time were still learning how to attach documents to email and coming to grips with Facebook. We had no hope of knowing that kids were simply switching screens to hide what they were doing/watching/experiencing whenever we approached.

While all of this was going on, social media had completely changed the social landscape for teens. With a new portal into worlds and influences previously unknown, parents were struggling to know what to do with the endless stream of new content infiltrating their children’s lives. Teens want so much to be liked, but social media platforms mostly exacerbated alienation, especially for boys and girls who failed to conform to the rigid human templates demanded by their peer groups. And even those boys and girls fortunate enough to experience the addictive hits of love that came from followers knew deep down that it was their carefully curated image, not the real them, that was really liked. Online platforms were also spaces where sexual assault and bullying occurred in 24/7 cycles—and children covered it up for fear that someone would take away their access to those worlds.

Through all of this, we educators did our best to encourage girls, breaking down the barriers that existed for them in the fields of science, technology and mathematics. We spent more time listening to them, focusing on their self-esteem and how they could develop healthy relationships, helping them grow stronger and more resourceful. All of this was important work. Over the decades, there were also a few lone voices warning us that our boys were now in trouble, too. We developed programs for them, also, but they were a little less robust and didn’t yield the same results. Often styled as “boot camps,” they tended to reinforce stoicism, which only obstructed emotional and psychological growth and awareness.

As a result of these powerful socio-cultural forces, many of our boys simply withdrew. A large portion turned away from real life and sank the best of themselves into games, especially online games and forums, where they didn’t feel as inferior and found a level of community.

As a mum of boys and former teacher, this is clear: our boys (and girls!) just want to be known, accepted and valued for who they are. This is just like you and me, right? However, they have grown up in a different world. It’s a world in which isolation and ideology can be an earth-shattering mix. The kind that can lead to individuals, families and communities being torn apart by the explosive actions of individuals fueled by the dogma of marginalized groups.

More likely it will end up in one of the more subtle shades of heartache and loss we see in evidence around us.

Christians are not immune to the changing dynamics of society. Young Christian men are struggling, at the same time that young Christian women are rising up for greater challenge.

But how should Christians respond to changing gender politics? What should traditional churches, those that have advocated for hierarchical gender roles and relationships in the church and home, do now? Should they tell boys and young men to toughen up and girls and young women to calm down? Or is it time to find a new way?

Maybe we could put aside the usual complaints and lectures we reserve for “those Millennials and Gen Y-ers” and make connections with them, get to know them better, show them we value them by listening more, reserving our judgement, advocating for them, lifting them up when they stumble occasionally on their journey to becoming better, more confident friends, partners, leaders, people, followers of Jesus.

The gospels show us how powerful it is when we meet people’s needs at the exact moment and place in which we find them. Jesus nurtured, healed and empowered all people, including the most marginalized. Bring the little children to me, he said. If a Samaritan is robbed and beaten, you will collect him in your arms and tend to his wounds, just as you would the Jew. Each man/woman/child deserves to live/walk/see/be free from sickness and psychological distress. She too is my disciple, even though tradition has taught for centuries that women cannot study under a rabbi. I will talk about theology with the woman at the well and she will do my work among her people. Bring that little boy with his loaves and fishes to me, for his faith and generosity will feed 5,000 people this day. You will not condemn the woman caught in adultery, for her sins are no greater than yours. “Doubting Thomas” though they may henceforth call you, put your hands in my wounds and let me change your life.

Jesus taught a powerful and radical form of Christianity that rejected the limits of tradition and stereotypes. His work meant that slaves and masters, husbands and wives, young and old could be called equal. His ministry resulted in a diaspora of empowered Christian men and women, who were confident and unafraid of meeting the needs of people on the streets, in the palace, in the jails and in the fields.

So as a teacher and a mum, I’m putting in a word on behalf of the boys. In our effort to enhance the dignity of all people, as Jesus did, let’s not forget them. 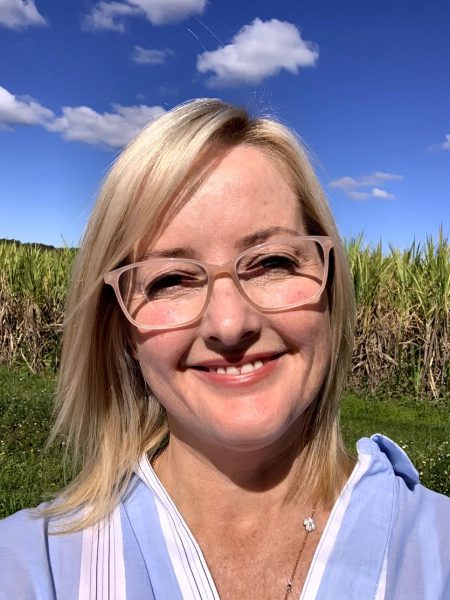 Debbie Hooper Cosier is a former teacher and now content writer who lives with her husband Barry and sons Jamie and Braden in the Tweed Valley in northern New South Wales, Australia. Her website is freshwriting.com.au.