Praying in Texas: A Poem

They are praying again in Texas, the governor praying, too,
politics of the pious, praying is what they do,
and now the news from heaven, fresh from a first-hand source:
the prayers will go unanswered: “The prayers show no remorse.”

’Twas time long ago to admit it, to bow the head in shame:
laws enable the killing, enablers must share the blame,
confess the murderous logic, put a stop to the lethal laws,
weapons of war in the schoolyard, enabled by wicked clause.

The life of a child called sacred, more sacred the lethal gun,
for the bereaved now praying, and blushing the blazing sun,
a child dying unprotected, protected the gun that killed,
and heaven again insulted, as though it by heaven willed.

And I—I saw heaven shaken—still reeling from Abel’s cry,
his brother became a murderer, the brother beheld him die.
And heaven was speechless, silent, stymied by wicked deed,
there on the ground a body, “O Abel, how you did bleed!”

And praying again in Texas, the governor praying, too,
and heaven quickly responding, as heaven is wont to do,
shaken by Abel’s murder, seared by the children’s scream:
“Where is the victim’s brother?” This is the heaven’s theme.

And Abel’s blood remembered, and heard the children’s plea,
and prayers returned unanswered—except for this decree:
“The lawlessness in Texas by pious laws enshrined,
one moment left for seeing—before the world goes blind.” 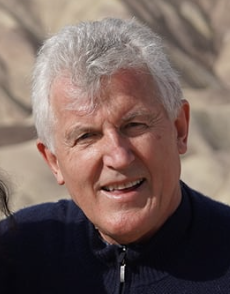 Sigve Tonstad is a physician,  Bible scholar, and a man currently heart-broken over the war in Ukraine. He lives in Norway, but is still on the faculty of the School of Religion at Loma Linda University as Research Professor of Biblical Interpretation.

To talk about this, click//tap here.