Praying at the 50-Yard-Line 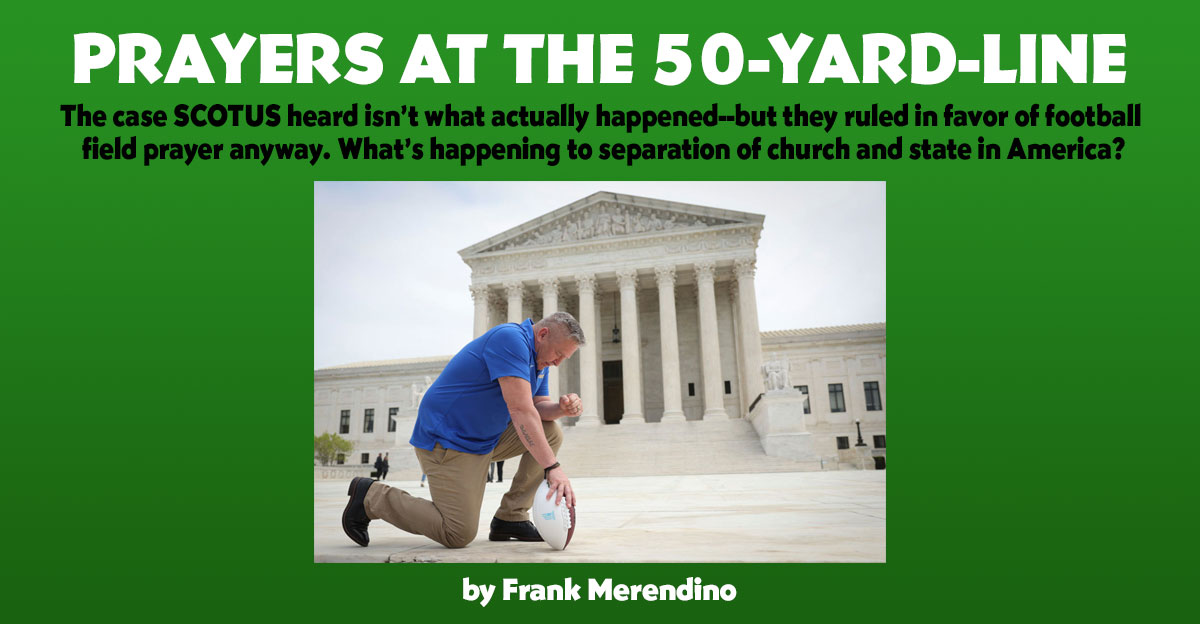 “Supreme Court sides with high school coach over 50-yard-line prayers. The justices’ decision found that the school system infringed the coach’s religious freedom and freedom of speech rights by seeking to block him from engaging in public prayers on the field.” —headline, Politico

I am not an expert in constitutional law or jurisprudence. But I am a public school teacher.

I teach music. Each year I take my school choir to sing the national anthem at a local, professional hockey game. Once we sang at Citi Field to open a Mets game.

I teach children from diverse cultural and religious backgrounds in my group: Jewish, Christian, Muslim, Hindu, and more. If I were to gather students after each performance to offer prayer and to preach to them about the gospel and Jesus, even briefly, there would be a problem. A real problem.

It is from this vantage that I offer some reflections on a recent Supreme Court (SCOTUS, for Supreme Court of the United States) ruling concerning high school football coach Joseph Kennedy’s lawsuit against the Bremerton (Washington) School District.

In the lawsuit, Kennedy claimed that the district violated his right to religious liberty by not renewing his contract due to his practice of praying at the 50-yard line following games. The Court ruled 6-3 in favor of Kennedy, stating in its majority brief that Kennedy, in the words of Justice Gorsuch, should be allowed to engage in short, private, and personal prayer.

This was quite a curious rationale behind their decision, because the reality was that Kennedy’s practice was anything but private or personal.

Kennedy, an evangelical Christian, was engaging in prayer with players from his own and opposing teams following games, along with sermonizing to them. Some parents of student athletes complained to the district that their children felt coerced into participation, under the fear that he, as the coach, gets to decide their playing time.

The district stepped in and asked Kennedy to cease and desist, on the grounds that given his position as a school district representative he was creating the public impression that the district, with a religiously diverse population, endorsed or favored one form of religious belief and practice over all others. He refused to stop. Several coaches on staff resigned over his persistent disregard of district requests and his refusal to change his actions. The district finally decided to not renew his contract.

The trouble with the ruling

This ruling by SCOTUS doesn’t take into account all the mitigating circumstances surrounding Kennedy’s actions. It ends up actually sanctioning prayer led by a state official, which is what public school teachers (including athletic coaches) are. It creates issues regarding separation of church and state and the establishment of religion by the state. It sets up the possibility of the marginalization of religious minorities under the guise of protecting the rights of a state official using his status and authority to proselytize student athletes.

There are those who argue that the Kennedy case is not about prayer in the public school classroom. That he was offering prayer after a game on a football field, that other teachers and students were free to attend to their own business at that time. In other words, this was not prayer being offered in front of a captive audience, as it would be in the confines of a classroom. This is where the Court majority seemed to come down.

I find this disingenuous. When I take my music students outside of school time to perform at community events, I do so as a representative of my school district. I publicly represent that authority and status to the students in my charge and to their families during that time, even though we are not in the classroom during official school hours.

Kennedy also publicly represented his school district, an organ of the state, before, during, and after each game. He held the authority of teacher/coach over his student athletes, especially in that public setting. There is little to no difference between his religious engagement at those events with his students and engaging in such in the classroom.

This opens up a Pandora’s box. If active prayer is now allowed in public schools, led by teachers, who prays to whose god? Will it ultimately take the form of watered-down, generic, state-sponsored prayer to a state-sanctioned god, in order to not offend anyone?

Or will Christian teachers be praying to God in Jesus’s name, and restoring Bible reading in the classroom—which has long been the real motivation of the religious right behind the issue of prayer in public schools? Kennedy’s public prayer and sermonettes on the 50-yard line to students don’t fall far from this.

How would they feel about Muslim teachers leading prayer to Allah in the classroom or at school-sponsored events? Or Hindu prayer? Or a Wiccan teacher leading prayer, or new age prayer with crystals and tarot readings? How about atheist/agnostic students who would be marginalized and singled out by such majority practice in the classroom? This could be a disaster waiting to happen, with countless legal challenges.

The predictable exultation within the evangelical community and media over this SCOTUS decision seems like the dying throes of a white, Christian majority that wants to return to the 1950s and is frightened of the pluralistic nation in which we now live. It fears losing its power to dictate culture and its own narrow moral vision. It’s the conservative, American Christian church seeking to use the state to enforce what it believes families should be practicing at home and in their churches.

Genuine faith doesn’t work by legal enforcement. History is littered with the negative consequences of religion’s using the power of state to enforce its dogma and practice. The majority religion of the day turned to Rome to execute Jesus. It was a combined effort. The Christian church through the ages has engaged in this enterprise, resulting in inquisitions and persecutions.

The SCOTUS decision is a step down that road. History isn’t being learned from.

I’m saying this as someone who is a believer in Jesus. Christianity claims to preach the freedom of the gospel. But those who would use public authority to enforce prayer and proselytizing are, in the words of Jesus, blind guides.

That also describes, I’m afraid, the majority on this Supreme Court. 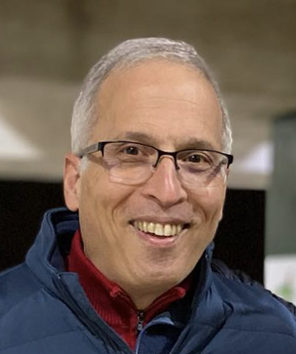 Frank Merendino is writing from Connecticut. He is a husband, father, music teacher/musician, and long-time Jesus follower who writes on and preaches the gospel.