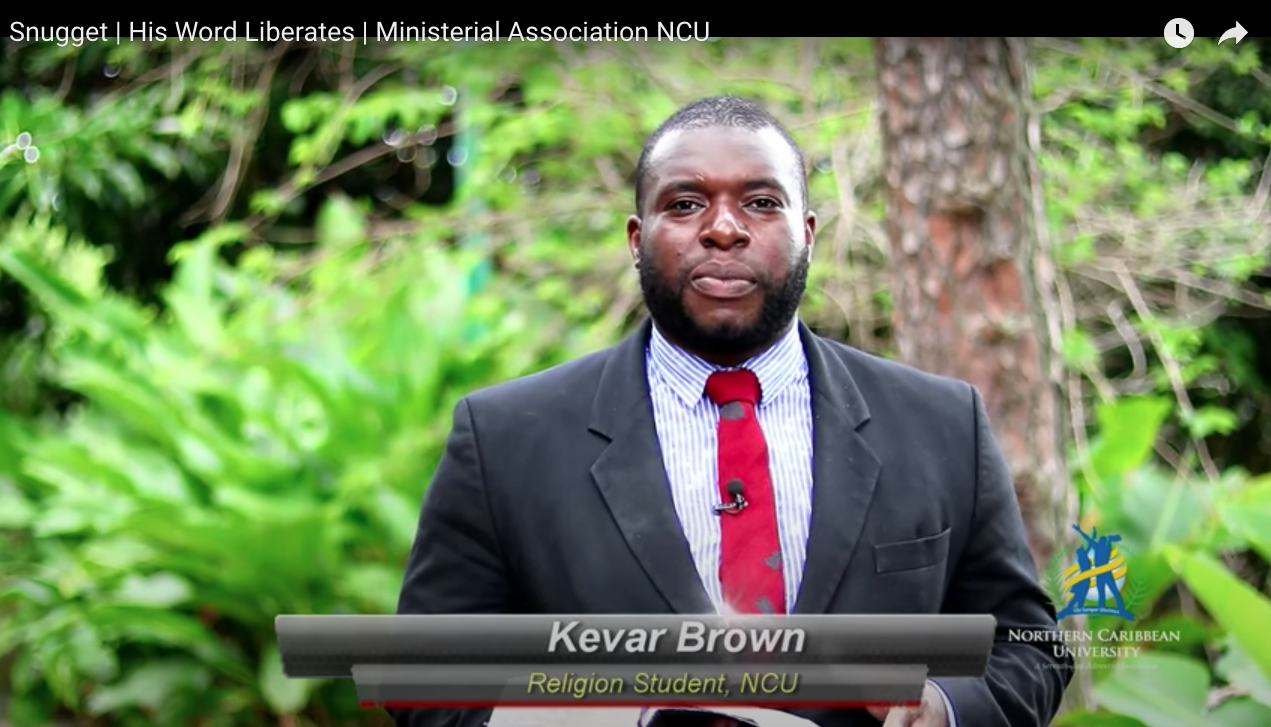 04 July 2022 | Northern Caribbean University (NCU) theology major Kevar Brown was officiating at the funeral service for his aunt, Curline Brown, when he collapsed at the pulpit on June 19, 2022, Father’s Day, and died of a heart attack, reported the Jamaica Gleaner.

Kevar Brown, 33, had just one semester left to complete his degree at NCU. The ninth of 10 children, he would have been the first person in his family to graduate from university.

His sister, Maxine Davis, was among the mourners inside the Orange Bay Seventh-day Adventist Church in Portland, Jamaica, when the events happened.

“My brother went up to the pulpit and said, ‘I have done many funerals in different places and countries, but this is the most difficult one for me,” said Davis.

After that, Kevar Brown put his head on the pulpit. Davis said she thought he was tired and resting, but then Kevar Brown lifted his head and she saw his eyes roll. She and other people rushed to the pulpit and loosened his tie and shirt. She heard him groan and knew he had to get to the hospital at once. However, Kevar Brown died on the way there.

“Mi [sic] brother was a loving boy,” Davis said. “Mi brother was a people person and him was a devout Christian. Is when him dead me realise how much people all over the world did love Kevar.”

She recalled the last smile she shared with Kevar Brown was when he looked inside the church and saw her, just as he was getting ready to take to the pulpit. And it was in her lap that Brown took his last breath.

According to Davis, Kevar Brown’s father died last year. Afterwards, Kevar travelled overseas to work and pay off his school fees, instead of finishing what would have been his last semester.

Chambers said Kevar Brown would travel overseas and do canvassing to help pay his school fees, and would also receive a small stipend from doing crusades.

“He was the spiritual leader for his family, challenging them about God, and one family member has already decided to give her life to the Lord because she wants to see Kevar again,” Chambers said, adding that this is the first time a student from the university has died in such a manner.

NCU is an Adventist university that was established in 1907 and has a yearly average enrollment of about 5,000 students.

Davis had hoped that Kevar Brown would have lived to graduate from university, but she said: “Mi nah question God. God tek the best and Kevar was the best one outta all 10 of we.”

(Photo: Kevar Brown is seen doing a Snugget (a spiritual nugget), a weekly devotional video, for Northern Caribbean University on March 30, 2020. Brown suffered a heart attack while officiating during his aunt’s funeral and later died on June 19, 2022. Photo via YouTube screenshot.)