Outside Looking In: Drawing the Line 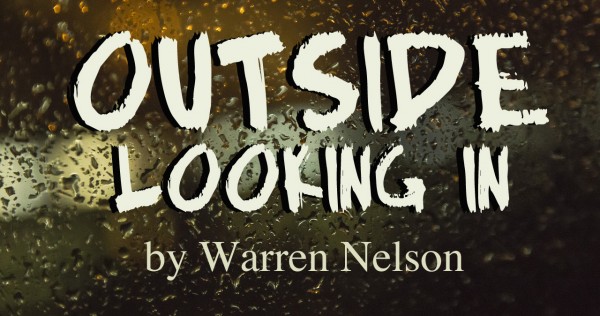 The Setup
First, having been a non-church member and non-attendee for more than 20 years, I’m long past my anger and resentment about my experience as a fourth-generation Adventist turned into backslidden black sheep (more on this in a bit).

Secondly, I’m a voracious reader, especially of current events, tech news and politics. Anybody who follows me on Facebook knows what I’m talking about. I revel in the fact that I’m alive in a time of actual self-driving cars, an African-American president and smartphones that have more computing power than all the computers in the world 50 years ago!

Thirdly, while I’m not a church member anymore, many of my loved ones and friends are. And while many of them are aware of the world as deeply as I, there is another group that seems to be “waiting for Jesus” and missing the astonishing changes, good and bad, that are rushing by.

The goal with this series of articles and interviews (some I’ll write and produce but there will be other authors) is an attempt to inject into the conversation around me thoughts on how Christians can interact creatively and usefully with “the world,” from my outside/inside perspective.

Each article will focus on topics from the secular press and include links to articles, podcasts and videos that raise issues that have a direct impact on Christians generally and Adventists in particular. Hopefully, you’ll find these interesting and participate in conversation in the Comments section at the end of the article.

Where’s This Coming From?
A few weeks ago, an SDA pastor wrote a very fine article about the need for inclusiveness in the Adventist Church. It resonated. Here’s part of my Facebook comment on the article:

“One of the most discouraging and absolutely predictable retorts I heard when I was going to church and we were discussing making church more inclusive was, “Well, yeah, but you have to draw the line somewhere!”

“And in my case, the line got drawn with me outside. Now, clearly, it was my choice. But then again, it wasn’t my line.”

I spent a number of years helping create and present seminars on “reaching Baby Boomers” with the intent of trying to keep our peers “churched.” The data, even 20 years ago, was not good.

We began to notice something interesting about the attendees to these events. Nearly all of the audiences consisted of two groups: folks from my generation trying to find a reason to stay in church, and the parents of baby boomers trying to figure out why their kids were leaving the church that they’d grown up in. After all, the parents had spent time, money and enormous amounts of energy making sure their kids were safe! And now the kids were leaving in very large numbers.

In several of these presentations, we’d take a break after presenting our research about Baby Boomer attitudes and I’d look up and see the center aisle of the church full of people waiting to talk to me. Most had questions about why their kids were doing strange stuff (drinking, wearing jewelry… you know the list) and why the church couldn’t do more to help.

We had good answers for most of these but the one that always dinged me was, “Where can my son/daughter/grandkids go to church where they will feel safe and loved?”

I had no answer.

The goal is not to “reclaim them for the church,” a horrifically condescending phrase I’ve often heard. The goal is to engage this large group, who like me have a broad network of friends and family who are still church members.

It’s Not Just Adventists
Lest we think we are unique, we’re not. The podcast Reply All released this amazing discussion of Mormons wrestling with ”The Line”. I highly recommend it.[1] While it isn’t an exact roadmap of my journey out of Adventism, it is remarkably close. And maybe it will help the church map a new strategy. The title surely caught my attention.

Final Points
The goal of writing these short essays that highlight the world I live in is to stimulate conversation and not, necessarily, to find answers or solutions.

The comments section below is an opportunity for a conversation to develop about this topic. What most readers will find interesting are open, honest and on-point comments about how you deal with issues raised in these articles. Lengthy Bible studies aren’t necessarily the most useful thing you can offer in this context.

Why would I, a geeky, geezer, agnostic, non-member do this? Because I have loved ones and friends for whom I have deep respect who are trying to “make church work.” I want them to succeed!

I’ll close with a thought from my six-year-old grandson. He was setting about to instruct me on the rules of a game he had just invented. He began with, “Grandpa, I’m going tell the last rule first because it’s the most important. . . have fun!” 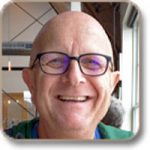 [1] The link provides a streaming version. If you don’t have a way access or listen to the audio version, scroll down the page of the link above and you’ll find a full transcript.