Chocolate: A Happy-Tasty Way to Health

by Lawrence Downing, March 28, 2016:    The last few months have generated a fair amount of welcome hoopla promoting the benefits of dark chocolate. The October 19, 2015, Adventist Review weighed in, reporting a Loma Linda University study leading to the conclusion that the consumption of dark chocolate can lower blood pressure, improve cognitive abilities, and result in other marvelous and wonderful benefits.

Not to be trumped (one must be judicious in the use of this word!) by a parochial religious journal, the February 2016 AAP News (American Academy of Pediatrics), page 7, carried a report by H. Cody Meissner, M.D., FAAP, with the headline, “Studies reveal why chocolate is good for you.”

In his article, Meissner, professor of pediatrics at Floating Hospital for Children, Tufts Medical Center, reports that “…chocolate with a high cocoa concentration is the healthiest but also the most bitter. Consumption of two chocolate bars a day for four weeks is likely to result in a reduction in serum low-density lipoprotein levels….Chocolate enhances cognitive function, and a direct correlation exists between a country’s annual per capita chocolate consumption and the number of Nobel laureates. Regular consumption of flavanol-rich chocolate has been shown to lower blood pressure by a statistically significant amount.  Consumption of dark chocolate is helpful for people with iron deficiency anemia.” (Yes, it is two BARS a day, not two squares, as advocated in an Adventist Review article.) 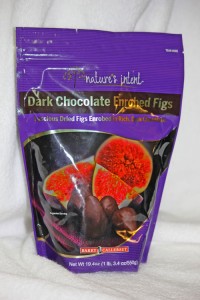 With such powerfully positive aspects awaiting the person who scarfs down a simple chocolate bar, I’m ready to propose that the consumption of at least one bar a day be made part of the Adventist health message. The cooking school presenter, with a stack of chocolate bars on the counter, will have a wider and more diverse arsenal with which to entice the attendees to practice a healthier diet. Think brown rice, tofu and a dark chocolate bar. How can one go wrong? The recipe variations excite the imagination:  tofu slathered with melted dark chocolate; Haystacks a la Chocolate; chickettes dipped in chocolate. The creative possibilities are exceeded only by the number of people lined up to indulge in the goodies!

There is another potential benefit to adopting the “Bar or two a day” mantra. The theologically deficient members among us, should they be persuaded to indulge in a two- or three-candy-bar-a-day regimen, may be more astute and reasonable. If a chocolate bar has the potential to increase intellectual capacity, why not extrapolate to include the possibility that a more mature theological construct awaits the person who has the discipline to indulge in a chocolate bar or two as part of his/her healthful living program? For the more advanced thinkers, consider this:  the Tree of Life. Who is to deny that one of the “fruits” produced by that wondrous bush, flourishing beside the River may have as one of its stupendous products a chocolate bar? Toss in, for variety, the possibility that the wilderness manna may have been the product of the cocoa. The possibilities boggle the mind!

In summary, we can take satisfaction that the tropics produce savory, theobroma cacao seeds  which, when roasted, ground, fermented and flavored, produce a taste fit for royalty, and, to boot, do a body good!

Don’t Look at That! Outside Looking In: Drawing the Line