Don’t Look at That! 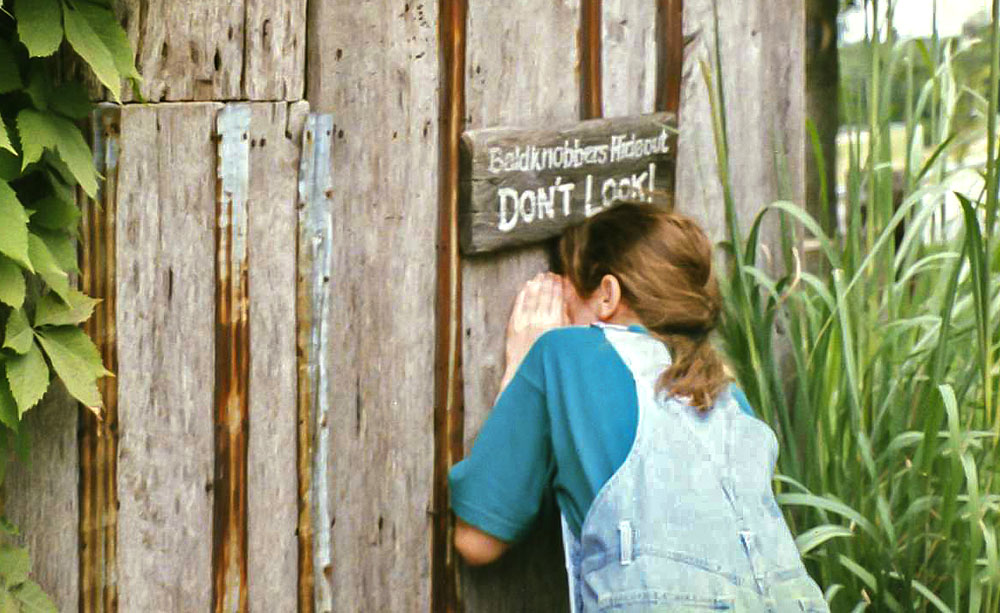 by Mark Gutman, March 24, 2016:    Scene 1: The judge explained to the jury that they were about to see and hear a lot of evidence. But no matter what they saw, she told them, they should vote that the defendant was guilty.

Scene 2: The scientist carefully followed scientific methodology until he discovered that three of the ten results didn’t fit his theory. In his reporting of his findings, he barely mentioned the outliers.

Scene 3: The pastor told the church members that their study group would use a book that considered the historical-critical method to be useful. “But,” the pastor warned, “stay away from that method. In fact, hold it. I’ll find a different book that isn’t so risky to our spirituality.”

In all three scenes, a respected authority told people something about “truth” even if it disagreed with evidence. But in the third scene, the authority didn’t want people to investigate some of the evidence in the first place.

Evidence Kept from You

When an attorney is told to stop presenting a certain line of evidence, the jury is curious. “What are we missing?” When a newspaper presents a sensational medical news story, it frequently leaves out the fact that one hundred other trials of the medication produced no significant benefit. Some readers then get their hopes up over the potential new medical breakthrough, only to be disappointed. And angry, when they discover that they weren’t told the whole story. People used to “soft-core” Bible study may have no idea that there are other ways of approaching the Scriptures.

1 Thessalonians says to “[t]est everything that is said” and to “hold on to what is good.”2 How do we decide that the historical-critical method is bad if we haven’t examined it ourselves? Should we only read material that we have been assured probably won’t change our beliefs? The historical-critical method has problems and benefits, as does the historicist. Does a search for more light limit itself at the start?

I remember reading stories about people interested in Adventist teachings who quit investigating because their priest or pastor warned them away. “Shame on the clergy.” “Shame on the person who quit searching for truth.” Could we be copying the naughty clergy by telling parishioners to stop investigating something because we fear it might lead them to believe differently from us?

“God never asks us to believe, without giving sufficient evidence upon which to base our faith.”3 Sometimes religious people are tempted to limit that evidence. To make sure that others only see the data that convinced them. To make sure troublesome data are not allowed to rear their ugly head.

The Clear Word and Sabbath School lesson quarterlies sell better to church members than books that seriously study the Bible. Plans for a series of books of deeper Bible study to accompany the lesson quarterly had to be shelved because of poor sales. Most church members probably won’t be interested in the historical-critical method, so badmouthing it won’t have much effect. But I have been amazed at what I’ve learned about the Bible from non-Adventist scholars or commentators who were using the historical-critical method. The method just might wake up a few sleepy Bible students. Is it better to let them yawn?

Books sold in Adventist Book Centers tend to be safe and soft. Alden Thompson’s books are a notable exception to the tendency to avoid uncomfortable issues in or about the Bible. A devotional approach leaves many readers scratching their heads over why to bother with most of the Bible. “It’s in the Bible, so it must be important” means that members feel compelled to regard every verse as devotional material superior to anything outside the Bible. Any Bible study method that doesn’t agree with that philosophy is to be shunned.

If we want to learn what the Bible writers are really saying, should we avoid all books written by non-Adventists or books that our pastor doesn’t give a thumbs-up? Whose agenda are we fulfilling by limiting ourselves that way?

Your View vs God’s View

As Robert Price complains about Rick Warren’s writing, “Isn’t he saying that his reading of the Bible ought to govern your whole . . . life? Again, all fundamentalists do this. ‘Well, friend, there’s your view, and then there’s God’s view,’ because God is smart enough to agree with me.”4

In the quotation from Steps to Christ referenced earlier, Ellen White adds, “God has never removed the possibility of doubt. . . . Those who wish to doubt will have opportunity; while those who really desire to know the truth will find plenty of evidence on which to rest their faith.” Do we protect believers by not letting them hear the questions that might cause doubt? Is what seems risky to me probably too risky for them? Do we care when members ask, “Why didn’t somebody tell me these things?”

If a defendant is innocent, a prosecutor has no business hiding evidence that would free him. Scientists who manipulate or ignore evidence in order to arrive at a preapproved conclusion don’t help. How do theologians or pastors help people spiritually? By helping them avoid whatever might make a desired conclusion less likely?

If you’re sitting on a jury, please listen to the presentations of both sides, even if you form an opinion quickly. If you’re a scientist, pay attention to the data that don’t fit your hypothesis. And if you’re a Bible student, don’t toss a method of looking at the Scriptures before you even give it a chance, especially when it might open your eyes to many things you’ll never otherwise learn.