“One thing I really appreciate about both of them is that they don’t feel they have to control everything, but they are very supportive.” Kathy Garrett was speaking to me of her pastors—the one she has now, Alicia Johnston, and the one who had served her church for fourteen years before that, Stuart Harrison.

The church we were talking about has only had the two pastors so far in its history. Foothills Community Church was begun as a church plant in 2000, by six families from the Tempe, Arizona Seventh-day Adventist church. According to Garrett, who was not one of the original families but joined later, they wanted a church that would be progressive, include drama and the arts, and be community-oriented. “Less liturgical,” Garrett said, by which she meant, among other things, not following the traditional order of service. “After song service, it’s different every week,” she told me. “You never get bored!”

At first, the company didn’t have a pastor. When they were ready to hire one, they told their conference that even though they were small, they did not want a pastor who had a multi-church district. They wanted the pastor to be able to give full nurturing and guidance. In order to do that, they promised they would themselves pay the pastor’s full salary as well as sending full tithes to the conference. It was on those terms that they hired Harrison in the fall of 2001, just after becoming an official Seventh-day Adventist church in the Arizona Conference. At this point there were 47 charter members.

Foothills membership now, according to a denominational directory, is 184 as of August, 2016. Garrett says the growth when it came was fairly sudden, and she sees two factors in that growth. First, the ministries have become mature. Secondly, they now have their own permanent home. “At first, we were like the Bedouins in the desert, moving around, trying to find a permanent home.”

It was the tale of those ministries that first drew me to write about this church. The majority of our hour-and-a-half phone call centered on them. I’m only going to list basics; you can learn more from the church’s website.

There is more to come. Garrett herself is working with some others to start “Story Time in the Park,” where there will be face painting, balloons, and “Bible stories, Christian stories, and just fun kids stories. Then we’ll give snacks and a flyer for Sabbath School.”

Like more than a few Adventist pastors, Harrison had already retired once before—quite a few years before! Back in 2001 he was in Colorado, Garrett says, and some of the original church plant group heard of him and went to interview him. She calls him a “remarkable, godly man.” He came back, and served fourteen more years. A couple of years ago he got sick. The church decided to get him some help, and hired Alicia Johnston to be his assistant.

Johnston had grown up nearby; Garrett says she’s known and loved her since she was a child. Her parents were active in the local academy, and even as a teenager, Alicia was a leader among the youth, though not in a formal way. She obtained an MA in clinical psychology and worked as a counselor for a time. Later she went to seminary and earned her MDiv, and during the months after graduating, worked with Harrison at Foothills.

In this position she was, Garrett said, “so dynamic, so on-the-spot creative, and she preached a few deep, spiritual sermons that everyone fell in love with her.” After some months, Johnston received a call and went to work doing church planting in Carolina Conference.

But Pastor Harrison was diagnosed with cancer and last year made the decision that retirement was necessary. (Garrett says he is doing well, and that in her opinion, retirement was something of a cure.) The church needed a new pastor.

“We looked and looked, and didn’t even think of Alicia. She was working back east. Then her dad became ill. She left that church and came back. I saw her, learned what had happened, and I didn’t even wait for the next board meeting. I emailed everybody, and at the next meeting, said, ‘We need to hire her!’”

Pastor Johnston has now been serving Foothills for about a year, and is also writing for Adventist Today. Garrett told me, “She believes in everything and everybody and wants to support what you want to do [in ministry]. She focuses on her role as pastor. She doesn’t say ‘I know everything and I’m going to tell you what you should do.’ She has a beautiful humility and dignity and is deeply scripturally based. But then she’ll quote Nietzsche and say, ‘Let’s take that quote and see what Jesus says.’ I love her sermons! I’ve never heard anything like them.”

Garrett herself was raised in a very rigid form of religiosity, by parents from two competing faith traditions. She said, “I tell people I was raised confused. When I became an Adventist, it was so freeing—so light… It was so filled with grace, light, and hope. There are important principles that we as Adventists need to hang onto but that’s not the same as culture. And there are important cultural things that we need to respect but don’t necessarily need to adopt. Both Stuart and Alicia can tell the difference. They know what is truly important as a spiritual principle, and what is just cultural, and they are very respectful of both ends of spectrum.”

Garrett is fortunate; there are plenty of Adventist churches where she would have been trained in the same kind of rigid religiosity. Her present church home is a shining example of a group of people who are truly following in the footsteps of the Christ. God bless your work, Foothills! 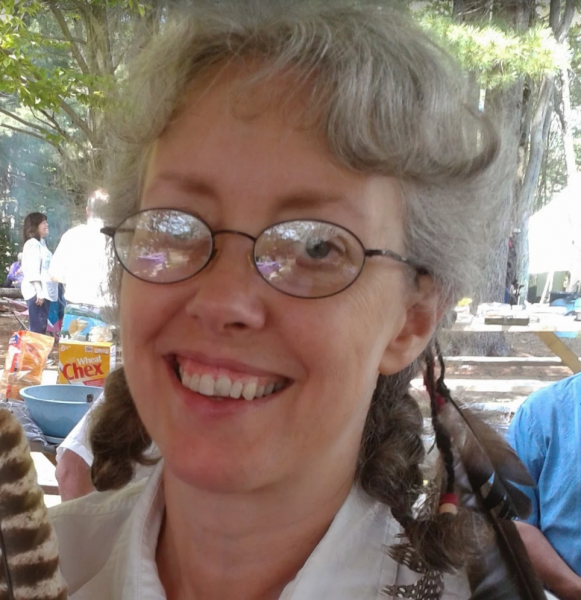 Debbonnaire Kovacs is a senior editor of Adventist Today