Another Day in the Work Life

“Life is just a short walk from the cradle to the grave, and it sure behooves us to be kind to one another along the way.” –Alice Childress, American playwright, actor, author (1912-1994) 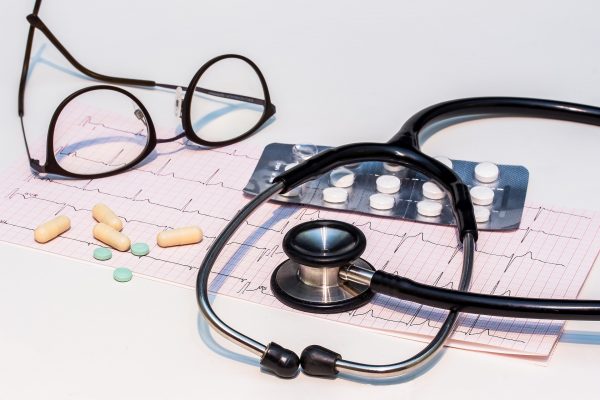 I am awakened in the wee hours by the sound of rain.  Ordinarily I would return to bed in hope of stealing more sleep from night, but this particular day I know I have to rise at 0430 for work (I leave the house by 0530, with a target time of 0715 for arrival at my workplace more than 110 km away).  So even though my clock alarms are set for a couple hours away, the rainfall awakens in me a concern that I should depart even earlier.  It is reasonable to assume the commute will take longer than usual.

I decide to heed that concern and leave by 0415.

All it takes is one accident, one person running out of petrol, to slow traffic flow.  Such times are why, I remind myself, I leave as early as I do.

The work queue is fairly heavy, so I am glad I can get a head start.

Around 0830 I receive a phone call from a colleague, who thanks me for coming in early and lightening the workload.  Although she is in a different part of the facility, we tackle the same queue.  After I hang up, I think what a nice gesture it was on her part.

Another colleague mans a workstation close to mine.

When I return from performing a procedure in the ultrasound department, he tells me he did a fluoroscopy case that normally I would have done.  It is fortuitous that that patient spoke only Farsi, a language in which he is fluent (on occasion I hear him intermingle Farsi and English when he speaks by phone; I find it somewhat charming; my parents often did the same, in a different language).

Two of the five procedures I perform that day are on a 20ish year old man who developed drenching night sweats not long before his admission.  Clinicians have requested needle biopsy of neck lesions and thoracentesis.

I have viewed his chest x-ray and CT scan.  Among other things, he has bulky mediastinal adenopathy and pleural fluid.

I examine his neck and view the ultrasound images just taken.  They confirm that the lumps I feel are enlarged lymph nodes.

He is hirsute, to the point I prefer that part of his neck be shaved, the less hair to impede biopsy.

The biopsy proceeds without incident.

After completing neck node biopsy, I have the patient sit crosswise on the gurney, dangling legs, and ultrasound examine his chest.  I decide to tap the right chest, where fluid is greatest.

Part of his back also requires shaving.  It is extensively tattooed, actually making my work easier, as I have a target already inked.  I enter between ribs.

I hold the small (5F), short (7 cm) sheathed catheter, as serosanguinous fluid flows into a glass vacuum bottle. I learn that he was contemplating matrimony before he took ill.  He has other plans as well: travel, perhaps a new car.  He seems sanguine, almost jovial, despite the gravity of his illness.

I think perhaps no one has told him.  At this point I know nothing for sure.  I have strong suspicions, however.

I wonder to myself why he got this (acute lymphoblastic leukemia as well as lymphoma, I later learn from a cytopathologist), but have no answers.

The flow slows to a trickle.  He has not coughed or developed pain.  I remove the catheter.

After I apply an oversized band-aid to the puncture site, I tell him:  “Good luck.”  But, even as I say this, I know that what he needs is not luck, but a miracle.

The next day I view another chest X-ray.  The fluid in his left chest has increased.  His disease is aggressive.  There may be no wedding, no travel, no new car.

I may not see him again, at least in this lifetime.

In the afternoon I perform a paracentesis on an older woman with abdominal malignancy.  We have removed fluid from her before.  Her belly is tensely swollen and her navel is everted; umbilical hernias are common in such patients.

She speaks little English.  We communicate via the ultrasound technologist, who speaks her language.  I use the 8F 15 cm long catheter that comes in the standard tray we use. We drain 4.5L of fluid, and discard it.  Her oncologist already knows what causes her ascites.  We just want to make her more comfortable.  She will likely return again in a month or so.

I wonder about the causation of her problem, and, again, come up against a wall.  It could be the Wailing Wall, except I do not wail.  But perhaps she or her family does.

At day’s end I make my way to where the female colleague I mentioned earlier was working.  I have a couple Christmas presents to deliver.

One of her daughters had, for several years, unremitting seizures, the source of which was a specific part of the brain identified only on sophisticated neuroimaging studies.

So uncommon was her condition that the family traveled over 1000 miles to an out-of-state medical center for delicate surgery to have the offending part of brain excised.

I was delighted to learn that, so far, the surgical treatment appears to be a success.  The little girl may be weaned off medication and restricted diet.

We smile, cross our fingers, and look for wood to knock.

Some slowly, some less so.  Time itself is relative.

I have an acute sense of mortality.  Time becomes more precious with each passing day.

May we, in the time we have been granted, exercise as much kindness as possible.