The first of two articles on Civil Discourse in an increasingly polarized church and society.

Proverbs 18:13 (NLT) – Spouting off before listening to the facts is both shameful and foolish.

“Someone who lies and someone who tells the truth are playing on opposite sides, so to speak, in the same game.  Each responds to the facts as he understands them, although the response of the one is guided by the authority of the truth, while the response of the other defies that authority and refuses to meet its demands.  The purveyor of baloney ignores those demands altogether.  He does not reject the authority of the truth, as the liar does, and oppose himself to it.  He pays no attention to it at all.  By virtue of this, baloney is a greater enemy of the truth than lies are.”  Harry G. Frankfurt.

I have spent a lot of time thinking about the discussions roiling our church at the moment.  Listening to and observing the comments that fly back and forth online and in person give credence to George Knight’s observations, based on Ellen White’s repeated statements, that God is much more concerned about how we approach differences than he is about the issues we disagree on.  One wonders what Paul would think when those who call themselves followers of Jesus, leave a Sabbath School discussion on Colossians 3:12-15  (NLT)  and hurry home to blast each other on Twitter and Facebook and on various Adventist blogs.

Maybe it’s time that we all call a time out and ask ourselves if we are really acting like the One we claim to follow. I have been challenged, lately, by the writing of Brene’ Brown, a Christian researcher, psychologist, and sociologist who studies, among other things, conflict and what motivates it.  With her permission I want to quote extensively from her book, “Braving the Wilderness.” It may take a little thought before it begins to dawn on you just how what she writes applies to our current situation.

Brene’ Brown writes “Harry Frankfurt is professor emeritus of philosophy at Princeton University . . . He writes that it’s helpful to think of lying as a defiance of the truth and baloney as a wholesale dismissal of the truth” . . . He goes on to write that “it’s advantageous to recognize how often we rely on baloney when we feel compelled to talk about things we don’t understand.” . . . He explains “how the widespread conviction that many of us share about needing to comment or weigh in on every single issue around the globe leads to increased levels of BS.  It is crazy to me that so many of us feel we need to have fact-based opinions on everything from what’s happening in Sudan and Vietnam to the effects of climate change in the Netherlands and immigration policy in California.”

“I’m guilty too. I can’t remember a time in the last year when someone asked me about an issue and I didn’t weigh in with an opinion.  Even if I didn’t know enough about it to be insightful or even conversational, I would lean in to ideological debates based on what I guessed ‘my people’ think about it.  I can’t remember a time over the past year when I asked someone about an issue and had a person reply, ‘I actually don’t know much about what’s happening there.  Please tell me about it.’”

“We don’t even bother being curious anymore because somewhere, someone on ‘our side’ has a position.  In a fitting-in culture – at home, at work, or in our larger community – curiosity is seen as weakness and asking questions equates to antagonism rather than being valued as learning.”

Frankfurt goes on to argue, Brene’ Brown writes, “that the contemporary spread of baloney also has a deeper source: our being skeptical and denying that we can never know the truth of how things actually are.  He argues that when we give up on believing that there are actual truths that can be known and shared observable knowledge, we give up on the notion of objective inquiry.  It’s like we just collectively shrug our shoulders and say, ‘Whatever.  It’s too hard to get to the truth, so if I say its true, that’s good enough’ . . . once we decide it makes no sense to try to be true to the facts, we simply resort to being true to ourselves (which is) the birthplace of one of the great baloney problems of our time: the ‘you’re either with us or against us’ argument . . . one of the biggest drivers of the sorting that’s happening today is the proliferation of the belief that ‘you’re either with us or you’re against us.’  It’s an emotional line we hear from everyone, from politicians to movie heroes and villains, (who) invoke it on a regular basis.  It’s one of the most effective political sorters, and 95 percent of the time it’s an emotional and passionate rendering of baloney.  Well intentioned or not.”

Normally we use the ‘with me or against me’ during times of significant emotional stress.  Our intentions may not be to manipulate, but to force the point that we”re in a situation where neutrality is dangerous . . . Elie Wiesel (wrote), ‘We must always take sides.  Neutrality helps the oppressor, never the victim. Silence encourages the tormentor, never the tormented.’

The problem is that the emotional plea is often not based in facts, and preys on our fears of not belonging or being seen as wrong or part of the problem. We need to question how the sides are defined.  Are there really only two options.  Is this the accurate framing for this debate or is this baloney?. . . If other alternatives exist (and they almost always do) then (with me or against me) statements are factually wrong.  It’s turning an emotion-driven approach into weaponized belonging.  And it always benefits the person throwing down the gauntlet and brandishing those forced, false choices.”

“The ability to think past either/or situations is the foundation of critical thinking, but still, it requires courage.  Getting curious and asking questions happens outside our bunkers of certainty.  For most of us, even if the ‘with us or against us’ mandate sounds a little like oversimplified BS, it still feels easier and safer to pick a side.  The argument is set up in a way that there’s only one real option.  If we stay quiet, we’re automatically demonized as ‘the other.’”

The only true option is to refuse to accept the terms of the argument by challenging the framing of the debate . . . (which is set up) to silence dissent and to draw lines in the sand that squelch debate, discussion, and questions – the very processes that we know lead to effect problem solving . . . (in doing so) we pay with our integrity.  Collectively we pay with divisiveness and even worse, we bypass effective problem solving.  Answers that have the force of emotion behind them, but are not based on fact rarely provide strategic and effective solutions to nuanced problems.  We normally don’t set up false dilemmas because we’re intentionally spreading baloney; we often rely on this device when we’re working from a place of fear, acute emotion and a lack of knowledge.  Unfortunately, fear acute emotion and lack of knowledge also provide the perfect set-up for uncivil behavior.

So, what is it that encourages civil discussion and behavior? Read part 2 here. 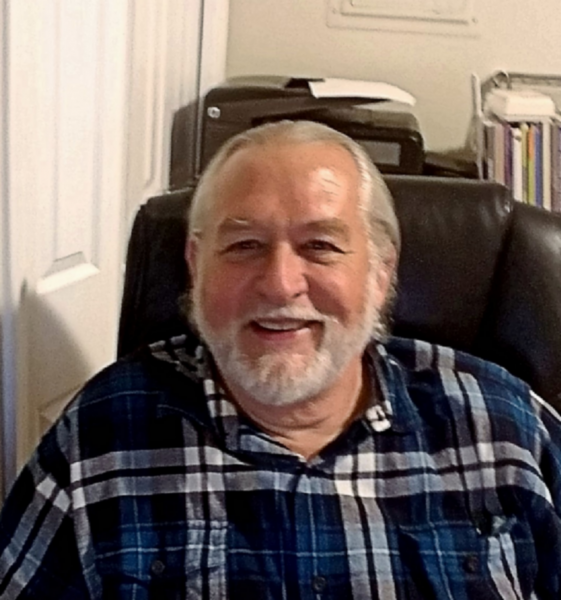 Dan M. Appel is a published author and retired pastor living in Magalia, California.  He is a deeply committed and sometimes passionate follower of Jesus who loves being a layman and trying to live in the marketplace what he has encouraged others to do for so many years.