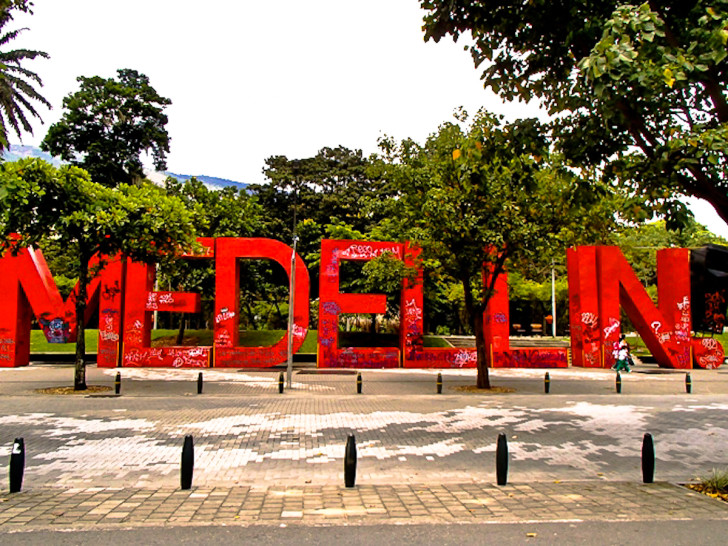 By James W. Zackrison and James L. Zackrison, August 7, 2016:    The recent peace settlement in Colombia represent both startling and welcome news. It is an emotional moment for us to read that, “A two-day peace forum held last month at the Adventist denomination’s South Colombia headquarters in the capital, Bogotá, brought together religious leaders, non-governmental organizations (NGOs), academics, and others to discuss strategies for supporting post-conflict reconciliation and rebuilding.” (Adventist News Network, April 19, 2016)

The Colombian population has suffered through some sixty years of war. (See James L. Zackrison, “La Violencia in Colombia: An Anomaly in Terrorism,” Conflict Quarterly, Vol. IX, No. 4, Fall 1989. For a more extensive historical review of contemporary conditions, see Latin American Perspectives, Issue 116, January 2001, Vol. 28, No. 1) The Seventh-day Adventist denomination has been heavily affected by the conflict, and at the same time has provided a shining example of what the Lord can do in the most trying circumstances. In the 1950s, the worldwide Adventist membership was asked to dedicate a Day of Fasting and Prayer for the church in Colombia.

The current peace accord with the Revolutionary Armed Forces of Columbia or People’s Army (FARC, the Spanish acronym) is a milestone, but is only the latest in a series of peace agreements leading to their re-integration into society. The origins of the FARC date back to the 1948 assassination of a popular presidential candidate that sparked violence between the two principal political parties (Liberal and Conservative). The national military was tasked with separating the two sides, a difficult task at best. Many lawless bands took advantage of the anarchy. During the 1950s and 1960s, communist forces world-wide sponsored armed conflict, and in Colombia, the FARC became their principal manifestation, though there were other groups as well; the National Liberation Army (ELN in Spanish), the Popular Liberation Army (EPL) and the April 19 Movement (M-19). Some of these demobilized as early as the late 1980s.

The fallout from such conflict affected the church membership in many ways. The official church of Colombia is the Roman Catholic Church, a state church following a European model. Every Colombian citizen is automatically classified as Roman Catholic. It mounted a well-organized campaign against Protestant religions, despite the government’s guarantees of freedom of conscience. Adventist members even learned to alter their vocabulary, for instance, calling for “generous” offerings rather than “liberal” offerings so as to avoid being linked to that political party. (The most complete documentation on this situation is James E. Goff, The Persecution of Protestant Christians in Colombia 1948-1958; Cuernavaca, Mexico: Centro Cultural de Documentación, 1968. This book is based on a Ph.D. dissertation with the same title. For the Roman Catholic side of the story, see Edwardo Ospina, Las sectas protestantes en Colombia.)

In an unprecedented move, the two parties agreed in 1964 to equally share political power, effectively ending the political violence. Sadly, the excluded communist parties retained their violent methods, and guerrillas remained active throughout the rural areas of the country. The FARC is the largest; at least two other groups have not renounced violence.

There have been several generations of Colombians who have known no other kind of life, and many have grown up under the threat of violence. A personal illustration is a young lady attending the Adventist college in the city of Medellin, who had never lived in a house in her entire life. The family had been driven into the jungle, and that is where she grew up until some Adventists discovered the family, studied the Bible with them, and sponsored her to the college.

Adding further confusion to this mix was the development of liberation theology among many sectors of the Roman Catholic Church. Liberation theology as a movement was organized at a meeting held at the Roman Catholic Major Seminary in Medellin. Some priests with a Marxist-leaning orientation joined guerilla groups, or supported them clandestinely, especially if this would also hinder the work of Protestant churches.

In the 1970s and 1980s, the drug culture grew up in the rural areas where there was little government presence. Many of the younger guerrillas learned to blend the two unlawful activities, cultivating drugs to finance terror. Some of those “re-integrated” into society after the various peace agreements found it difficult to adapt to an urban environment, and began working with the criminal organizations and drug cartels.

Until the rise of the Protestant charismatic movement in Colombia, the Adventist denomination was the largest Protestant church in the country. Adventist pastors in many sections of the country were involved in activities that we know today as ADRA projects, and they gained respect for the church among some of the assorted guerrilla groups. Once the FARC leadership recognized that the Adventist church concentrated on religious (rather than political) issues, the Adventist church in Colombia was able to actually plant congregations and build churches in areas where even official government troops did not enter. In one instance, an Adventist pastor, caught at a FARC checkpoint while riding a bus, chose to show his pastoral credentials when asked for identification. The leader of the guerrillas subsequently lectured his fellow passengers for over an hour on Adventist theology, pointedly noting that such pastors cared well for Colombian’s spiritual well-being, the same as the FARC cared for their political well-being.

Not all examples are positive. After a generational change of FARC leadership, the guerrillas’ ideas on political control changed, and many regions were subjected to military curfew. In one town, a visiting pastor was invited to accompany the local pastor to visit an ailing member. On their way back to town, the FARC stopped them and killed the local pastor. The visitor was told he was exempt at that time, because he had not been present during the announced curfew. At the same time, all churches were required to pay a portion of their tithes and offerings to the FARC as a war tax: many Adventist churches were closed at this time, to avoid such misuse of God’s resources. Worship continued, but was held in secret.

In more than a few cases, guerillas were won to the church through the influence of local members, and some really valiant pastors. I (James W) can personally recount travelling through guerilla controlled territory with a pastor who actually introduced me to guerilla personnel who were friends of his. Without him, I would not be writing this article! Another example is that of a key FARC lieutenant who took advantage of a government amnesty to attend the Adventist college, in time becoming a pastor.

One dedicated member of the official state church, a neighbor of the Adventist University in Medellin, decided to literally destroy the entire student body. He purchased a bottle of poison, which he proposed to pour into the school’s water system after assassinating the watchman (a former guerrilla member).  Every time he attempted to ambush the watchman, the latter appeared to vanish and show up further down the path! While waiting for another opportunity, he asked his wife to bring him a shot of brandy. She inadvertently poured his drink from the poison bottle, as it looked similar to what he asked for. The very same watchman who he tried to assassinate drove him to the emergency room in the school pickup, but the man was dead on arrival.

You can only imagine what it is like for some of us to read that “A two-day peace forum held last month at the Adventist denomination’s South Colombia headquarters in the capital, Bogotá, brought together religious leaders, non-governmental organizations (NGOs), academics, and others to discuss strategies for supporting post-conflict reconciliation and rebuilding.” (ANN) Given the history of antagonistic relations between churches and government in Colombia, such a Religious Liberty Festival hosted by the Adventist denomination and attended by government officials is in itself a miracle. Some of us can only say that miracles never cease!

Dr. James W. Zackrison was a missionary in Latin America, a pastor in Southern California and a staff member at the denomination’s General Conference before retirement. His son, Dr. James L. Zackrison is a historian and retired intelligence analyst living in Virginia.