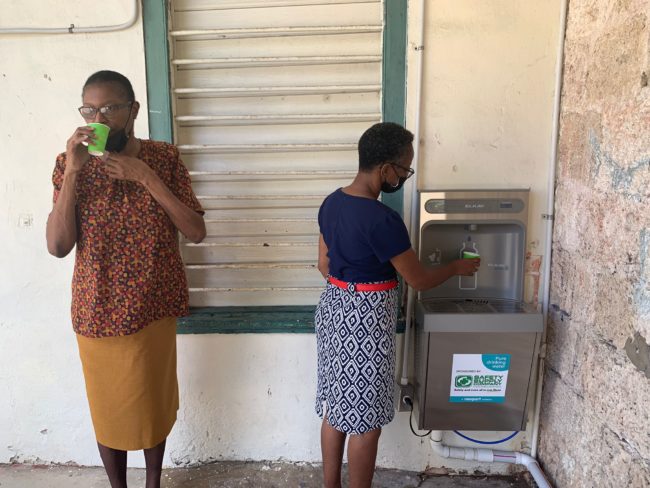 To Russia, With Love

The Bible Translation Institute at Washington Adventist University in Takoma Park, Maryland, U.S. (with affiliated site at Zaoksky Seminary in Russia), has officially completed the translation of the Bible into modern Russian. The 23-year endeavor began with Dr. Mikhail P. Kulakov Sr.

Dr. Mikhail M. Kulakov Jr., director and editor-in-chief of the Bible Translation Institute, said he looked forward to distributing the Bible and giving its readers a new sense of God’s closeness in the Lord’s Prayer, the Psalms, and Isaiah. “Growing up in Russia I loved the translation which we had access to,” he said, referring to the 1876 Synodal translation. “But I did not realize then that there is greater richness and depth of meaning in those passages… that have became much clearer to me with a mastery of the biblical languages and through the work on this more accurate translation.”


An audio version of the Bible in a modern Russian translation is also available. The biblical text is read by the Soviet and Russian theater, film, and dubbing actor Semyonov-Prozorovsky Nikita Yuryevich. The audio files are already hosted on two Internet resources: bible online and bible-teka. https://bible.by/audio/bti-prozorovsky/ https://bible-teka.com/audio/bti-audio/.

About 20 Adventist hospitals have been named as part of the top 148 hospitals in the U.S. Money, formerly Money Magazine, and Leapfrog Group collaborated for their first shared ranking of “best hospitals.” The inaugural list was released July 6 and can be found in full here. Hospitals were eligible for the list if they earned an A letter grade on the Leapfrog Hospital Safety Grade assessment for fall 2021.

The worldwide distribution of Bibles increased again slightly in the past year, reported the APD. Around 32 million complete editions of the Bible were distributed in 2021, according to the United Bible Societies (UBS) report.

“Except for Europe, more full Bibles were distributed on every continent than in the previous year,” reported Horst Scheurenbrand, head of the World Bible Aid of the German Bible Society.

According to the Scripture Distribution Report, the number of distributed editions of the Full Bible increased by 5.5 percent in 2021, from 30.9 to 32.6 million copies. Editions containing only the New Testament, on the other hand, were less distributed (5.1 million copies, compared to 5.7 million in the previous year). In total, around 170 million biblical publications were distributed in 2021.

Digital Bibles made up a significant part of the editions in 2021 as well. Around 20% of all sold full Bibles were downloaded from the Internet. The distribution of digital editions is playing an increasingly important role, especially in crisis regions. For example, the Bible Society in Mozambique was able to make a digital version of the Bible available to a total of 51,000 people. The southwest African country was shaken by natural disasters and terrorist attacks in 2021.

All in One Basket

The Trans Pacific Union Mission (TPUM) launched a new digital resource to equip church members to share Jesus with their family, friends, neighbours and work colleagues. The app, called Resource Basket, was developed by the Union.

Features of the app include a Daily Devotion, which notifies users each morning of a daily reading from the TPUM 2022 devotional book, I Will Go to My Family. Another is an events calendar that will help users keep track of important dates and events happening around the TPUM territory, including the South Pacific Division, and the General Conference special dates.

The Seventh-day Adventist Secondary School in Barbados received a free water station as part of the Hydrate progam. The new station provides purified, chilled water and possesses contactless technology for dispensing the water.

The competition had 23 public and private secondary schools participating in it. The competition’s aim was to sharpen, encourage, and open the students’ minds to the possibilities available in science.

Slowing Their Roll for Polls

Papua New Guinea Police Commissioner David Manning appealed to people for their continued support and cooperation in delivering the 2022 National Election, as the country headed into the fifth day of polling on July 10, 2022.

However, polling for the Kavieng Open seat in Papau New Guinea (PNG) was not held on Saturday as one of its areas, Musau Island, is predominantly a Seventh-day Adventist community. Polling was held for the island community on Sunday instead and completed.

A statement from PNG police said there’s been mixed news around the country, with some reporting quiet and peaceful polling, while other areas, such as the Hela and Enga provinces, have reported instances of attempted hijacking of the election process.

(Photo: Staff at the Seventh-day Adventist Secondary School in Barbados enjoy some refreshing hydration from their new water station. Photo via Barbados Today.)