“Daddy, that’s why I don’t like to come to church sometimes. They say ugly things”

We had been invited to a nearby Adventist church for a week of evangelism. The first night I took along my five-year-old daughter, Esther. I sent her off to a children’s activity being held in one of the church halls, while the adults were in the main meeting.

The theme of the week of evangelism was Revelation, which isn’t unusual in the conservative region of Central America where I live. Of the few of us in attendance, I believe the only people with theological training were the pastor—recently transferred to the district—and myself, although my presence went unnoticed. (I chose to mix in with the visitors.)

The preacher was a lay evangelist. He began his sermon by affirming the importance of the book of Revelation, that it was written for our times and that it is a book to reveal to us the things “which must shortly come to pass.”

After Esther’s program was finished, she returned and sat beside me. I noticed that she was listening attentively. The preacher reached the climax of his presentation, setting the stage for his appeal. He reiterated that the time of the end was near, and that we should decide quickly for our salvation. After all, Jesus was delaying his coming, because if he were to come tomorrow, “we would all be lost.” So we had to decide, whether we would “burn eternally in the fire or choose to be on the side of the saved.”

Then he doubled down, quoting a prophecy from Isaiah to say that “God is going to kill humans, animals, and the earth… He will come to destroy everything in order to make something good and new.”

Calling out the fear

For someone like me, who was born and raised in this apocalyptic religious community, the preacher’s words were not surprising. But the expression on Esther’s face showed that she was scandalized. She jumped up, clearly quite upset, and said to me, “Daddy, why does that man say those ugly things in church? Why does he say that God is going to kill animals and people?”

Before I could try to justify the preacher’s words or cushion the blow of this toxic religiosity, my daughter blurted out: “Daddy, that’s why I don’t like to come to church sometimes—because they say ugly things!”

I was totally taken aback—speechless. She had not heard any reproach about the church from me. I always try to give Esther a lovely and loving picture of God and Jesus. But the preacher was employing the gospel of terror—and my five-year-old daughter immediately picked up on his tone. His words shocked her, and she in her innocence called the preacher out for his toxic spirituality.

Her reaction taught me a profound lesson. I pulled her onto my lap, hugged her and whispered in her ear: “You know, Esther, you are right!” I gave her a kiss on her head and we immediately left that place that had so frightened her.

Any place where they teach God through the gospel of terror is not a nice place. It is a place where the patterns of religious abuse are perpetuated.

And I don’t want Esther to come to think that that’s what God is like.

Has God run out of love?

On World Adventurer’s Day, my daughter had a part in the program. In a loud voice she recited, “‘God is our refuge and strength.’ Amen!” I was proud, and “amened” too. Because that’s what I believe, and it’s what I want her to believe! I strive to teach Esther that God is love and that Jesus loves us all equally, that he is our best friend, that God gives us strength, peace, and joy.

In Sabbath School we teach children little songs praising God as the creator of children and animals. We teach our children to pray, so that they can have a friendship with God.

For what? So that when they become adults we can tell them that actually God has run out of love, that he will kill and slay not just people but even the animals, consuming them all with the fire of his wrath?

Adventists in Latin America, especially the older generations, grew up with The Great Controversy always carried under one arm. They talked about Sunday laws, papal supremacy, and the inevitable persecution. A woman who attends that church passed me on the street a few months ago, and in the conversation she felt compelled to remind me: “Brother, the Sunday law has already been written by the pope!” People like her develop deep levels of paranoia. Their “faith” torments them instead of bringing them peace.

Does that way of evangelizing really work?

As I said, I grew up in this environment, and I am quite familiar with this kind of talk. My daughter isn’t. Esther’s reaction when she said that she did not like to attend church sometimes laid bare the reality that many Adventists live in. Our churches are dying because new generations are unwilling to be slaves of a toxic faith. More and more are unwilling to suffer a repertoire of preaching that instills fear, uncertainty, and uneasiness.

Case in point: the group that controls the congregation we attended seems more determined to maintain conservative standards of dress, music, and various rules having to do with appearance and food than to make their homes a pleasant place to live, their congregation a warm place to worship. Their neighbors have heard so much from these particular Adventists that they don’t want anything to do with them. The congregation is suffering in membership and finances—and they wonder why.

I struggle to find a place where my daughter can build a healthy faith, and where I can detox from so many years of toxic faith. I haven’t found an Adventist church in my area where we can just experience the joy of living the gospel. For now, I choose when Esther can attend church and what programs she can be in without her innocence being destroyed.

Because I don’t want Esther to hear ugly things about our loving God. 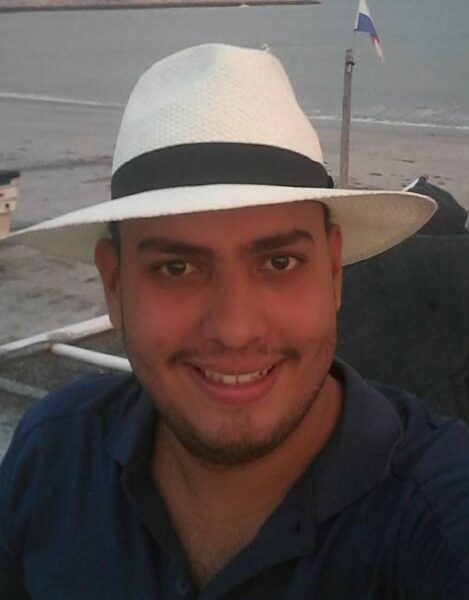 Daniel Mora is the editor of Adventist Today Latin America. He lives in Panama. He is working on a book about the many forgotten female leaders of the Seventh-day Adventist Church in Latin America.