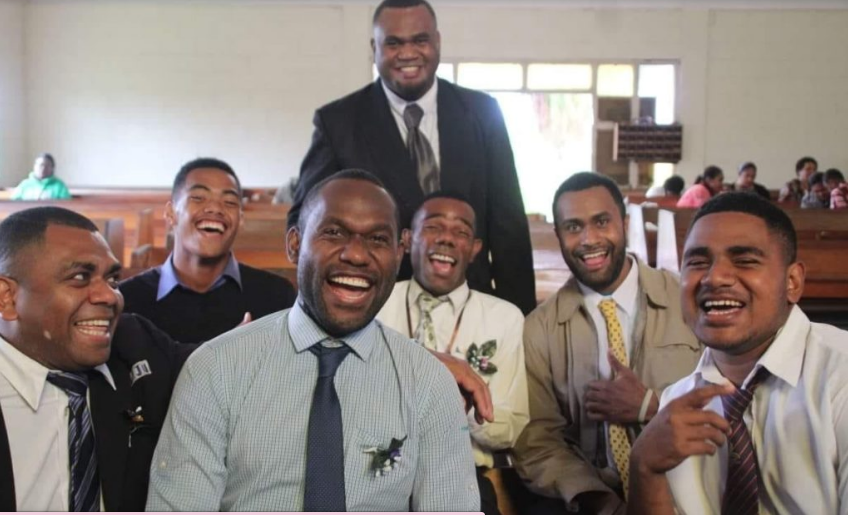 The life of a promising young minister was cut short as he returned home from Sabbath activities on the island of Espiritu Santo, Vanuatu, reported the Adventist Record. Lui Yarakei was an intern minister just starting his second year out of Fulton Adventist University College, Fiji, and was minister to the Biria, Fafarama, Surandah and Tutupa Seventh-day Adventist churches.

According to the Vanuatu Daily Post, he was traveling home from church on Saturday evening on his motorbike when he was struck by a much larger vehicle and killed. The driver was drunk and police arrested the driver at the scene. Yarakei sustained grave injuries and died on the way to hospital. Many ministers in the Pacific use a motorbike to travel between their churches, as they often have multiple congregations to minister to.


Charlie Jimmy, president of Vanuatu Mission, paid tribute to Yarakei. “He was an outstanding young potential leader whom we (Vanuatu Mission) were anticipating to become a great leader in the ministerial work force.”

The Seventh-day Adventist Church in Jamaica is celebrating with those who are disabled, as it lauds the enactment of the Disabilities Act on Feb. 14, 2022, reported the Jamaica Gleaner.

“We use this opportunity to call upon every citizen of this country to respect the rights of persons with disability and be reminded that all of us are broken and are in need of healing. When we focus on possibilities, we look beyond the disability and see abilities, the beauty, the lovely and the wonderful attributes to affirm, the attractiveness to admire and the person to adore,” said Adrian Cotterell, coordinator of the church’s Possibilities Ministries, which serves those with disabilities.

According to the Jamaica Association for the Deaf, more than 30,000 persons in Jamaica are either deaf or have some form of hearing impairment.

Not Forgetting the Sabbath

Sabbath-keepers in Paraná, Brazil, now have Law no. 20.958, authored by Deputy Artagão Junior, in their favor. The law guarantees the right to dismissal and alternative solutions when faced with activities that occur during the time of the Sabbath, that is, from sunset Friday to sunset on Saturday.

The law, which was enacted on Jan. 10, 2022, actually reinforces what was already in Federal Law no.13.796, from January 2019. However, it includes specifications and extends the right not only to students, but also to teachers in public and private institutions, in order to remedy the different interpretations that hampered the fulfillment of this right before.

Deputy Artagão mentioned that despite the Federal and State Constitution guaranteeing religious freedom, in practice, this was not happening in many situations. With the sanction of the new law, it is expected that the processes will be facilitated.

“The achievement of Law No. 20.958 is immense,” said Rubens Silva, director of the Religious Liberty Department of the Seventh-day Adventist church in Southern Brazil. “The expectation is that this law is, who knows, the green light so that the other two states [Santa Catarina and the Rio Grande do Sul] can also have this support for religious freedom.”

Paraná has more than 80,000 church members. Among them, almost 18,000 are people between the ages of 7 and 24, who are usually in school or entering a higher education course.

Nearly two years after Montemorelos University—a Seventh-day Adventist institution located in northern Mexico —was forced to close its campus at the start of the pandemic, students and faculty gathered to officially open its spring semester. More than 1,800 students joined administrators, faculty and support staff to reflect on God’s goodness and pray together in front of the campus library in late January 2022.

Hundreds of students from 44 countries were in attendance, many of whom had already begun their first years of college virtually in 2020. For them, they were stepping onto a college campus for the first time.

Anti-bacterial gel stations have been installed throughout the campus, and the university will require students to wear face masks and practice social distancing. Procedures for temperature checks and regular sanitation of classrooms, offices, and meeting areas are also in place, as well as isolation measures in the event of a coronavirus outbreak.

The Adventist Development and Relief Agency (ADRA) in Norway raised a record amount for projects in developing countries during the annual ingathering program. The total raised was 4.24 million Norwegian Kroner (just over USD $480,000).

This is the second year in the row that a record amount was raised. ADRA Norway is using a combination of traditional methods, such as door-to-door ingathering, and creative methods, like using Vipps (a Norwegian mobile payment application) to achieve these results.

(Photo: Lui Yarakei, center front, is seen with friends during his time at Fulton Adventist University College in Fiji. Yarakei was killed by a drunk driver as he rode his motorbike home from church one Saturday evening. Photo via Adventist Record.)