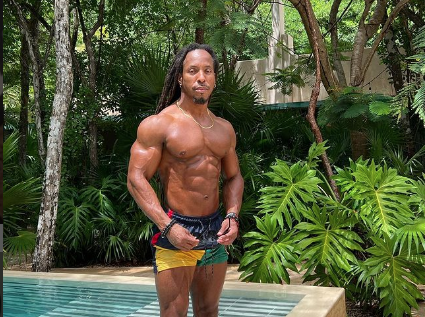 During Hoy’s work with the youth at Berean Seventh-day Adventist Church, Pastor Michael Myers was very adamant that Hoy study to become a minister, and she did. In 2003, she graduated with a Master of Divinity degree from Andrews University.

“I’m walking in the footsteps of other people because there are women before me who may not have pastored this church but women who have gone before and are the pioneers for women in ministry,” she said.

Pro Tips for Southern on Diversity

Originally from England with roots in the Caribbean, Kathy Goodridge-Purnell, Ph.D., joins Southern Adventist University as the new senior advisor to the president on diversity and strategic planning. Most recently she served as chief diversity, equity, and inclusion officer at Pacific Union College in California. No stranger to Southern Adventist University, Purnell has served as an adjunct instructor in the School of Social Work.


“I hope that our collective efforts and goals will ignite innovation and intentional planning around diversity and strategy across the institution, nationally, and globally,” Purnell said. “This begins with important relationship building to assess the climate and needs.”

Due to the war in Ukraine, Anatolii Lepeshko, 31, had lost connection with his church in Kiev. Lepeshko began looking to connect with Adventists in an English-speaking country and during his search he Googled churches in Australia. He said the Wahroonga church was the only one with an online prayer meeting listed on the church website. Now, Lepeshko has become a regular attendee at Wahroonga’s prayer meeting.

Faith For Today, a television ministry sponsored by the Seventh-day Adventist Church, became the first national religious telecast in North America within a few months of its first broadcast in New York City in 1950. It is celebrating its 72nd anniversary this year.

Adventist Health St. Helena has earned a five-star rating, the highest possible, through the Overall Hospital Star Ratings program by the Centers for Medicare & Medicaid Services, according to a news release. Only 14% of hospitals nationwide and in California have earned five stars.

Students from across the 19 Seventh-day Adventist primary and secondary schools throughout the North Mexican Union recently took part in a week-long campaign to plant 400 trees throughout various parks and communities.

This was the first time Adventist Education in the North Mexican Union organized coordinated efforts in reforestation across the territory.

Sayei Mendez, 23, of Spain, is passionate about Jesus and about the church. She runs a ministry, Bible Journaling, that you can find on Facebook and Instagram. Bible Journaling teaches different Bible study methods and also creative techniques, such as hand lettering, scrapbooking, Bible tabs, or basic illustrations. The point is to enrich your quiet time with God, document what you are learning, and document how He is working in your life.

“My dream is that we will value arts in church,” said Mendez. “Arts can be a big help for mission. You can share God’s message even without words, through visual images. I dream of a colorful and joyful church! Trying to see beyond what is written, trying to catch the character of God!”

Emcara Health, PopHealthCare’s national medical group that delivers advanced in-home primary care for seniors and vulnerable populations, and California-based Adventist Health have partnered to close care gaps for patients with the most complex care needs by addressing the social barriers, such as homelessness, that influence a patient’s health.

Emcara Health will deploy field-based care teams, consisting primarily of community health workers (CHW), to meet patients on their terms, whether that’s at home, in a homeless encampment, or in the emergency department. Once engaged, CHWs conduct a social determinants of health assessment to understand the social impediments that may be impacting the patient’s health, such as access to food, stress, transportation, and more. As part of the agreement, Emcara Health nurses and social workers will connect and coordinate preventive care and clinical treatment through Adventist Health.

Plants Do a Body Good

Torre Washington is a vegan pro bodybuilder, author, animal rights activist, model, and social media celebrity. Washington’s mother, who was a devout Seventh-day Adventist, raised him on a vegetarian diet. In 1998 he became completely vegan.

The 48-year-old bodybuilder doesn’t supplement or calorie track. Washington trains in the gym six times per week and doesn’t follow a particular workout routine. Instead, he simply trains whatever muscles he feels need training on the day. He eats frequently and listens to what his body tells him.

One of his favorite sources of protein is tofu, and he often starts his day with a bowl of tofu with banana. Peanut butter, vegan cereal, and oatmeal are some other prominent choices for his breakfast menu. He believes that spicy food helps him boost his metabolism and immune system; he said cayenne pepper is one ingredient that he can’t live without. The pro bodybuilder said an eating plan that is not limited, has variety, and doesn’t cut out sweet treats, along with good rest, is the key to keeping his body in shape.

(Photo: Torre Washington is a vegan bodybuilder that was raised on a vegetarian diet by his Adventist mother. Photo via Instagram screenshot.)