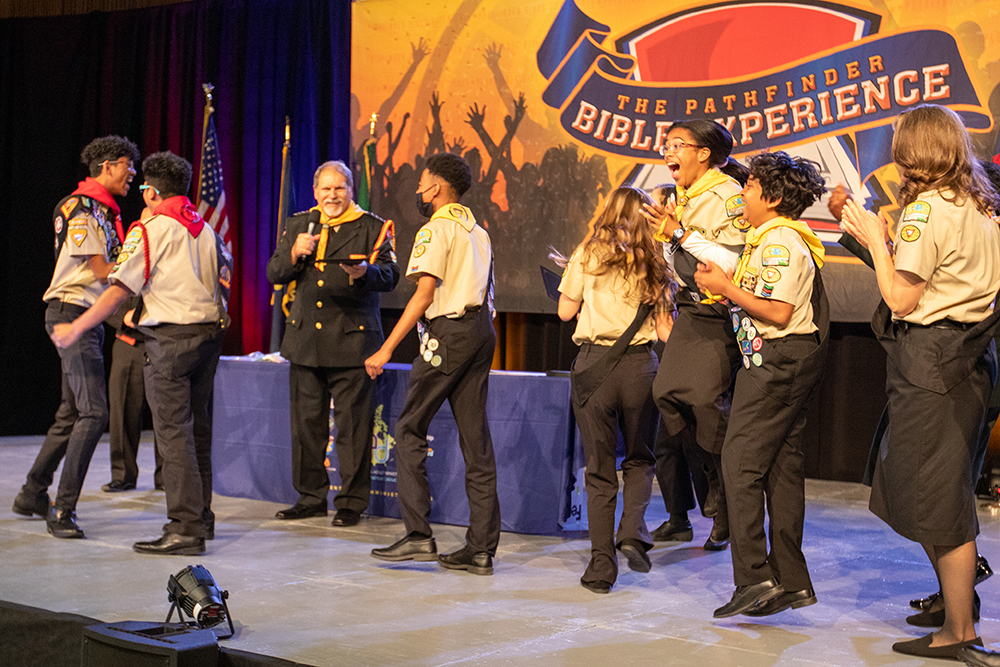 Do You Have What It Takes to Be a Bible Quiz Champion?

The Christian television network Hope TV is looking for candidates for a new TV Bible quiz show, reported the APD. The main prize in the finale of the quiz show is a trip for two to Israel. Adults aged 18 and over from Germany, Austria, and Switzerland can apply on the website www.dasbibelquiz.tv until the end of April 2022.

What Adventist Health Hospital Is One of the U.S.’ 250 Best Hospitals?

Adventist Health Bakersfield has been named one of America’s 250 best hospitals by Healthgrades, which assesses overall hospital performance, reported 23 ABC News. According to Healthgrades, patients are more likely to experience successful treatment at the medical center than at others. The hospital is also receiving recognition for a number of specialties and sub-specialties, including critical care and neurosciences.

What Adventist University Had 7 Students Win 7 Awards at Sonscreen?

Hounslow, a senior, felt humbled to receive the highest award and credits her film crew for their perseverance throughout the process. “Making films is a vulnerable, exhausting process, and when that work is rewarded, it’s a special kind of encouragement,” Hounslow said.

The Estonian Children’s Ministry Seminar, led by Karen Holford (Family, Women, and Children’s Ministries director for the Trans-European Division TED), was held April 1-3, 2022, at Simisalu, Estonia. “I don’t want to put a heavy burden on people’s shoulders; instead, I want to show them how easy it is to transform children’s lives and help them to fall in love with God forever,” said Holford.

Aiki Pärna, Children’s Ministry director for the Estonian Conference, challenged the 25 attendees to “take three ideas away and put them into practice in your home church, and this weekend will have been a success!”

Pathfinder teams from across North America and the world gathered in person and remotely on April 22-23, 2022, for the Pathfinder Bible Experience division finals. This was the first in-person division Pathfinder event since the COVID-19 pandemic forced the cancellation of the 2020 event.

The teams were asked 90 questions based on the Old Testament books of 1 Kings and Ruth. The teams, which are comprised of up to six people, are first chosen by their clubs to compete in their local districts after months of Bible study and memorization. Those who score within 90 percent of the highest score advance to the conference level. The same pattern continues through the union level all the way to the division.