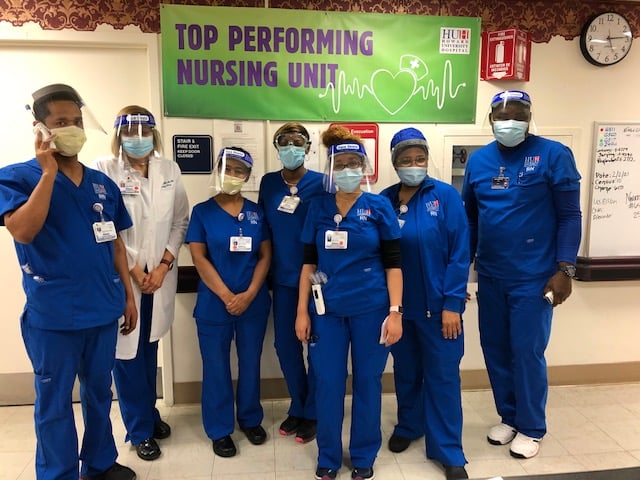 28 April 2022 | In March 2022, Adventist HealthCare (AHC) learned it had earned the Malcolm Baldrige Category Best Practice Recognition for its leadership system. Organizations that earn that designation are considered role models for performance excellence by global businesses leaders around the globe, reported the Adventist News Network.

Adventist HealthCare is a not-for-profit health services organization based in Maryland, U.S., whose primary service area is the Washington, D.C., metropolitan area in the United States. It is a separate health care system from Adventist Health, which is headquartered in California, U.S. and services the West Coast of the U.S. and Hawaii, and Advent Health, another separate system headquartered in Florida, U.S., that operates in nine states in the U.S.

The award is known as being difficult to achieve.

Strong applicants are awarded a site visit with more than 700 hours of interviews and analyses. AHC was awarded site visits in each of the last two years. In 2021, AHC was one of only seven organizations to receive a site visit, and the only healthcare organization.

Although AHC earned a Baldrige recognition, it did not receive the award. “The reality is it’s not actually about winning the award; it’s about getting better every year. We’re having to learn how to be better,” said John Sackett, executive vice president and chief operating officer of AHC, during a conference on April 5, 2022.

On April 11, 2022, Howard University Hospital healthcare workers did demand better of AHC, gathering outside of the hospital for a one-day strike against the organization, reported numerous media outlets. AHC has been managing the Washington D.C.-area hospital since 2020.

The strike, which drew the participation of about 300 nurses and medical personnel, was over low wages and staffing shortages, reported ABC 7 news.

Organized by the District of Columbia Nursing Association labor union (DCNA), the strike comes after 9 months of failed negotiations, including 20 bargaining session and 5 days of mediation, reported NBC 4 news. Hospital workers have been without a contract since November 2021.

One of the sticking points in the contract negotiations is over differential pay for weeknight and weekend shifts. The union said that Adventist HealthCare wants to pay nurses a flat rate for those shifts, rather than a percentage of base pay, which the union says would severely reduce the pay for senior personnel, to the tune of $4,000-$5,000 (USD).

Another key point for the union is putting limits on the number of patients a nurse must handle. According to the union, nurses are overworked.

A statement on the Howard University Hospital website proposes a “substantial wage increase” over the course of a 3-year contract, with a minimum wage increase of 5%.

The statement also said the hospital “is safely and appropriately staffed” and that “none of Howard University Hospital’s competitors in the District, Maryland and Virginia have guaranteed staffing ratios.”