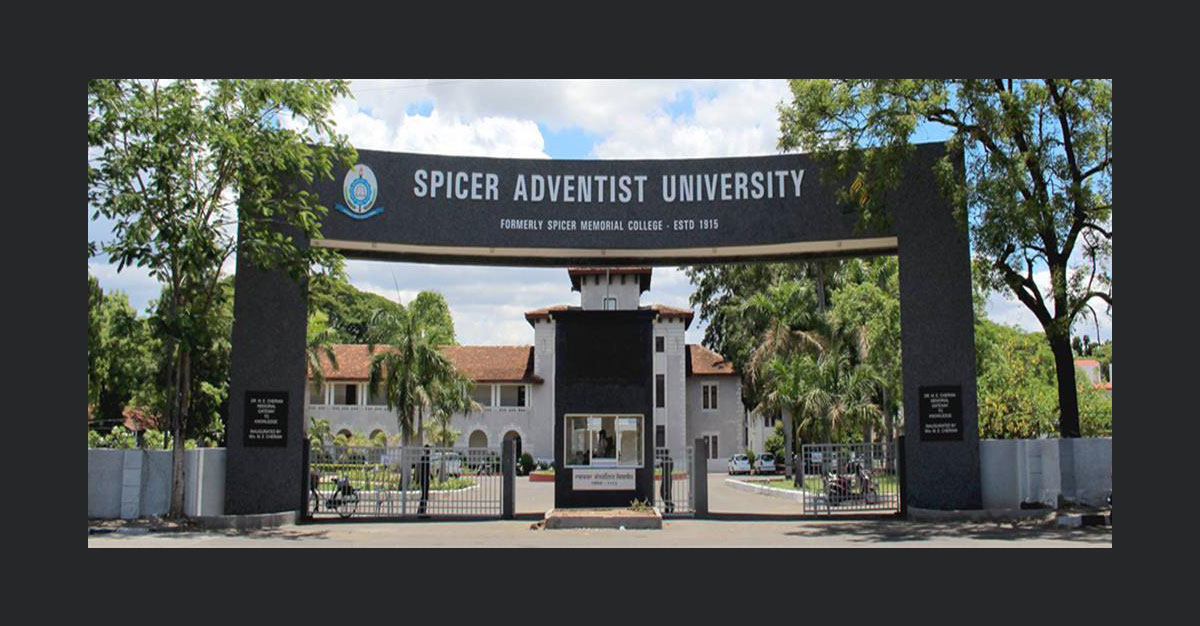 28 May 2018 | Sanjeevan Arsud, the former registrar at Spicer Adventist University in Pune, India, has been named as vice-chancellor (the institution’s top job) following a scandal in which three of the university’s administrators including the then vice-chancellor, were accused of having fake degrees. Although the news of Arsud’s new appointment has not been posted to Spicer’s website, Adventist Today contacted the university by telephone confirming the news. Arsud was named to the post on Friday, May 25.

The three Spicer officials accused of holding fake degrees were Noble Prasad Pilli who was serving as vice-chancellor, Rathnasamy Jeyam, Chief Finance Officer and Chacko Paul, Dean of the School of Arts & Social Sciences. Although the officials were recently reported as missing, Adventist Today learned from the telephone call to the institution that they are currently vacating their homes and will be leaving.

Former Spicer vice president and former Southern Asia Division secretary, Gordon Christo, told Adventist Today that Pilli took early retirement from his post as vice-chancellor. He said Jeyam resigned as Chief Finance Officer and that Paul, Dean of the School of Arts & Social Sciences, refused to resign. Christo said that he had been informed that Paul had been dismissed.

In a public Facebook post, Christo spoke to Arsud’s record in both academics and his former Western India Union Secretariat duties, in positive terms. He said that in the latter role, Arsud “performed his duties with academic efficiency, keeping records straight, following policies and completing membership audits.” He added that Arsud “demonstrated a new maturity in Christian leadership.”

In addition to (still) being listed as Spicer’s registrar on the Spicer website, the Adventist denomination’s Office of Archives, Statistics and Research lists Arsud as a member of Spicer’s Governing Body, Board of Management and Academic Council as well as the university’s one listed faculty member for the discipline of Geography.

The alleged fake PhD degrees of Pilli, Jeyam and Paul come from Manav Bharti University in Himachal Pradesh, a northern state in the country.

The Himachal Pradesh Private Educational Institutions Regulatory Commission has filed a police case against the alleged fake PhD holders. Udayan Raje Bhonsle a member of Parliament from Pune, the city in which Spicer is located, wrote a letter to the Himachal Government on January 11, 2018 about the alleged irregularities.

The Registrar of Manav Bharti University confirmed that the degrees were fake. This was also confirmed by the secretary of the commission who is seeking punitive action against the holders of the degrees in question.

Manav Bharti University had received a total of 145 letters from the Department of Higher Education. All of these allegedly referenced degrees which the university declared to be fake as they had not been issued by the institution. The university added that it had closed down its PhD program.

Spicer Adventist University is an Adventist institution of higher learning in Pune, India. It was established in 1915 and has over 1000 students. It is the flagship Adventist educational institution in the country.