In Search of the Ideal Family

Hope for Today’s Families is pretty much the kind of book I would have tried to write had I been asked to write a Missionary Book of the Year about families. I’m not saying I could have done it as well as Willie and Elaine Oliver did. But having written hundreds of articles for Adventist periodicals, I have a sense of what church publishers want, and so I too would have shaped my themes around certain familiar Bible texts about what a family should be, bulked up by a bit of Christian-friendly psychology, and having as the backdrop a picture of the ideal family that defined the culture I grew up in: the loving mom and dad and attractive children who go to church together and all get along beautifully, with occasional gentle lessons learned. (Like June and Ward Cleaver, but the Adventist version includes family church attendance, vegetarian meals and home-baked bread, and omits the pearls, coffee, and the cocktail and pipe for dad when he got home from the office.)

The Olivers are a wise and respected resourcing team in the General Conference, and for years they have produced excellent materials. They not only write and lecture about families, they give evidence of being themselves a good Adventist family, the kind that we all aspire to be. And though there’s nothing startlingly new in Hope for Today’s Families, there is much to appreciate. That the family was God’s invention is wholesome Adventist fare, as is the notion that God has an ideal kind of family in mind that we should strive to be. The Olivers fill in around the familiar relationship texts with principles of communication and parenting that have a nice contemporary ring to them.

Will you give 25th Anniverary gift to Adventist Today?

I’m grateful that the Olivers acknowledge that families don’t always stay together, that anger and abuse mars the happiness of even Christian couples, and that single people exist and have lots of temptations. I can remember a time in the church when none of those things would have merited even a mention in a book about families. So I thank Willie and Elaine for admitting the real while in search of the ideal, even if only as asides to the main thesis, which is that through God’s power and the Bible’s advice we can all have fantastic families. (Though you won’t be surprised that there is no mention of gay families in this book. We are only in the early stages of acknowledging that they even exist.)

So I appreciate Hope for Today’s Families, at least in part because I know so well how articles and books must be shaped for church publication. I know the kind of pretty picture one needs to paint, because we all want to believe that perfect families, perfect homes, perfect children, are possible.

But reading the Olivers’ latest offering raises some of the same questions that come up when I write about how good things can be for us with God’s help. As I approach the end of my pastoral career, I’ve finally come up with the courage to ask: when we advise people to think in terms of dramatically changed lives, are we being realistic?

My wife and I were sitting at dinner the other night discussing this. How many of the Adventist families we’ve known are even typical, much less ideal? We could think of a handful who have the basic schematic of the good Adventist family—an intact marriage, both partners in church—though even there it isn’t always clear that means a blissfully trouble-free home.

But the atypical, non-ideal families exceed them in number. Which is not to denigrate them, but just to ask how many families there are that can be what the Olivers want us to be, or that even come close enough to use Hope for Today’s Families as a starting point.

Frankly, as I look back at the apparently-perfect families I’ve known, they’ve all turned out not to be perfect on closer inspection. Most people are unaware that even James and Ellen White came to a point when they quietly separated and were, practically if not legally, no longer husband and wife for the last decade of James’ life. 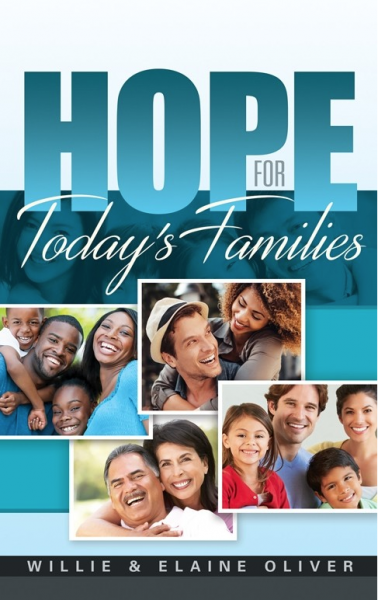 Come to think of it, how many ideal families do you see in the Bible? Come on, name them. Old Testament? I can’t think of even one: most were disturbingly dysfunctional. New Testament? As far as we know, Jesus was a single man, so marriage is one good example he was never able to set. Some of the disciples had wives, apparently, though there’s no mention of tender husband-wife relationships, and of their children we know nothing. Anyway, they were rarely at home. Timothy apparently had a noteworthy mother, but no father is mentioned. The apostle Paul was a great theologian, but let’s not forget that Paul actually discourages people from forming families, and those who don’t follow his own example in this he writes off as lacking self-control. As for pastoral care, he wrote to congregations dealing with problems like sons having sex with their father’s wives.— which beats anything I’ve had to deal with nowadays.

Where in all of this do you find the kind of family that the Olivers describe? The Bible is disturbingly factual. It’s about well-intentioned but often quite flawed people, about messed-up families, suffering, and violence. The gospels demonstrate perfect love in the actions of Jesus, but taken as a whole the Bible paints a dark picture of human nature.

In the transition from Bible to church, we gloss over much of that, though. We interpret these stories as cautionary examples, and insist that there’s still a clear path to the ideal family laid out in the Bible. But is there really?

Please understand that I’m raising questions not about the Olivers’ beautiful little book, but about our Adventist idealism. We Adventists like, now and then, to celebrate forgiveness and changed lives: nothing excites a camp meeting crowd like a dramatic conversion story of a reformed drug addict or atheist or satanist. But that only counts after it’s all over and resolved.

We’re better than we once were, but we’re still not very good at owning up to the brokenness of those of us in the community of faith. We preach forgiveness; we just don’t want anyone to actually need it—at least for anything really serious.

Yet many congregations are made up of broken people. The divorcee, the depressed person, the alcoholic, the opioid user, the abused and the abuser, the family whose children are wild and dissolute, the couple that just can’t get their life together, lonely single people, the man we suspect is gay but don’t want to ask—the Seventh-day Adventist church doesn’t really have a clear place for people like that. I want to believe that they’ll read Hope for Today’s Families and something wonderful will happen for them, something miraculous.

I’m not sure we we can count on that, though. Hope for Today’s Families, like much of what we do in religion, is aspirational. Could you get a thoroughly honest focus group to read it, I suspect people would love the picture they see of a intact, intimate, communicating family. Who wouldn’t? Then in the next part of the interview, they’d admit that they’re not only not close to this ideal, but distant enough that the there’s not much point in pretending they’re going to reach it. In which case it is at best a pleasant kind of escapist fiction, not a path to improvement.

So how do we make Christians’ lives better? As popular as the God-wants-you-to-be-happy-and-rich preachers are right now on the evangelical circuit, I’ve not personally seen any fast-track to life improvement, 2 Corinthians 5:17 notwithstanding. As a pastor I’ve tended to err (if it is an error) on the side of realism and grace. Many times through the years I’ve told my congregations, “There are no ideal lives.” Every person, I tell them, no matter how good they look, has a heartache that keeps them awake at night, a sin that they fight against and sometimes don’t overcome, and a few loose mental or relational screws. Most of the families in most Adventist churches would see themselves in those sections of Hope for Today’s Families about family disappointments, rather than the part of the book that tells them God’s perfect plan for their lives.

For most of us, it’s only God’s grace that keeps us going day by day. And it’s my observation that only after we’re secure in that, that we can start making some moderate progress in being better people with better families.

What I’m talking about here is not unfamiliar territory. It’s that well-trampled junction between idealism, which any person who lives and works out in the church-on-the-ground (as opposed to a denominational office)[1] will admit rarely holds up to close scrutiny; and honestly admitting human need and failure, which is realistic but that some will argue doesn’t necessarily lead to growth. One part of the church still holds to the expectation of dramatic human improvement, even perfection. Meanwhile a large segment (including some of the same people) are subsisting on grace and forgiveness, and not making much progress at all. And whose fault is that? Why hasn’t 2 Corinthians 5:17 come true for all of us and our families? Do we blame the people, or the expectation, or God?

So I’m conflicted about Christian self-improvement, and I admit I don’t know the answer. The ideal family is a worthwhile goal; no one, to my knowledge, sets out in life saying, “I’m going to enter into a sad, bitter marriage, and after some years of fighting and failure, we’ll end it, though not until we’ve brought several children into the world who will have the odds against them.” Of course not. We strive, as we should. Even after we’ve failed a few times, we want to recover and grow. And there is excellent advice in Hope for Today’s Families. Even the invisible gay family could benefit from some of the Olivers’ advice.

Perhaps what I’m sensing is that the bar is set  too high. Lovely advice books like this address a tiny aristocracy who have good families, or at least can pretend they do, not the vast number of others who look on with a mixture of envy and hope. Like the books on becoming wealthy or promising easy weight loss, neither of which many achieve, good advice rarely works for people who are unconfident and unempowered.

It seems to me more Divine grace, more acceptance of people based on God’s full acceptance of them, would do the most for those living lives of quiet desperation. The good news is more powerful than good advice. 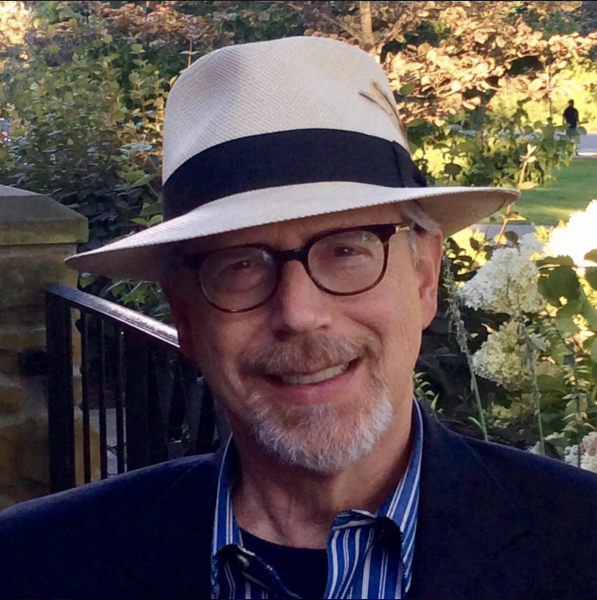