New Kids on the Block: A Look at the 5 New World Division Presidents 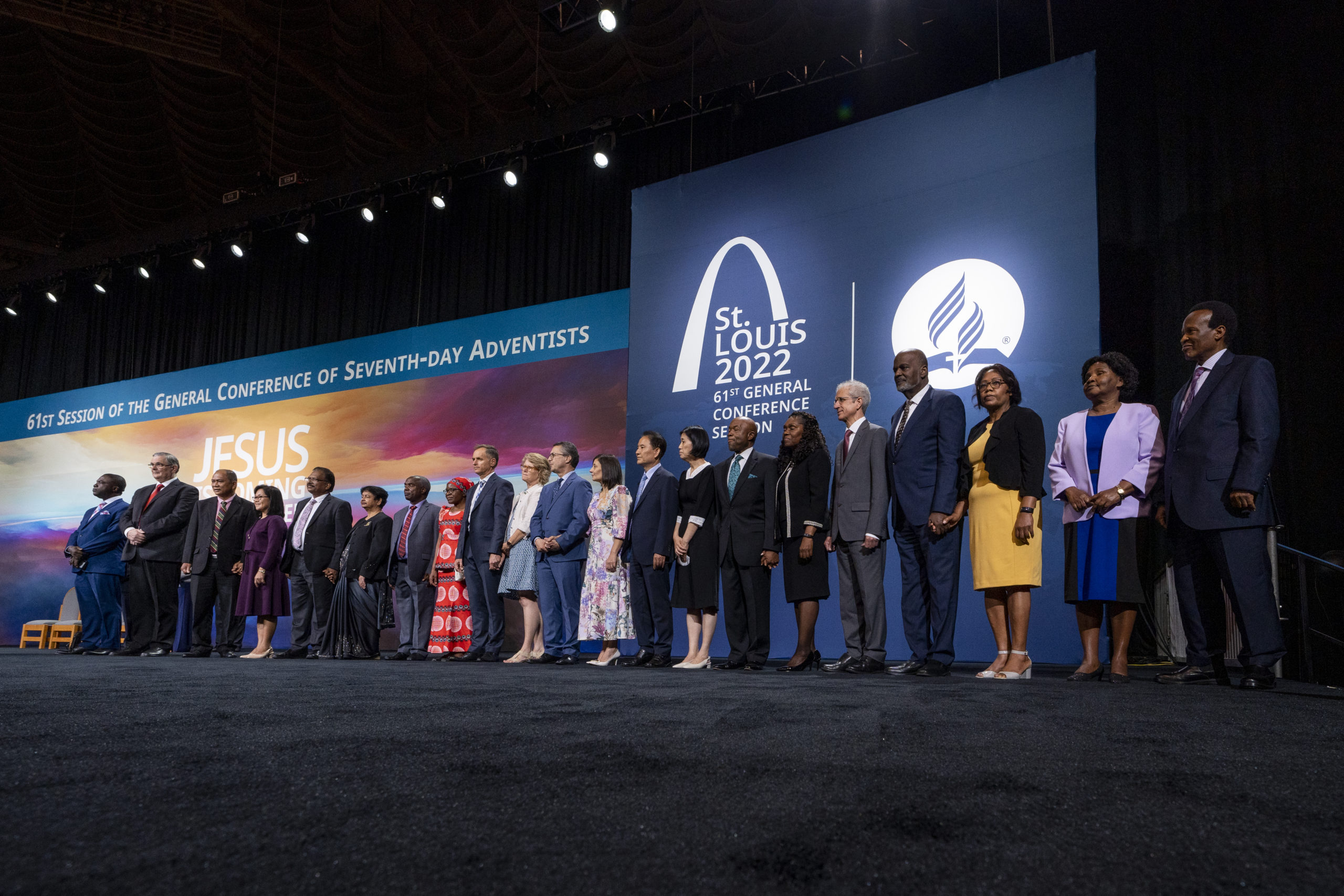 14 June 2022 | During the June 8, 2022, afternoon business session of the 61st General Conference (GC) Session of Seventh-day Adventists in St. Louis, Missouri, U.S., presidents of the Adventist Church’s 13 world divisions were voted in.

Except in cases of retirement or death, division presidents are typically voted in during GC Sessions, which usually occur every five years. Due to COVID-19, the GC Session slated for 2020 was postponed twice, and finally happened in 2022.

Roger Caderma replaced former Southern Asia-Pacific Division President Saw Samuel, who was moved into a higher administrative position this year. One new president, Robert Osei-Bonsu, does not appear to have any high-level church administration experience, but does have extensive high-level educational administrative experience.

Yo Han Kim is the new president of the NSD. Previously, he was the NSD director of Adventist Mission and assistant to the NSD president, reported the Adventist Review. He was also the associate director and director of the 1000 Missionary Movement (1000MM) in the Philippines for a total of 10 years. He was the business manager of Sahmyook Health University in the Korean Union Conference from 2006 to 2012, and Mongolia Mission president from 2016 to 2021.

Yo Han Kim replaces Si Young Kim as the region’s president. Si Young Kim was elected in 2017 during a Special Executive Committee meeting.

According to an Adventist Echo article, Akombwa also was elected in 2021 as an SID vice president, and his term was to last until 2025.

Caderma replaces Saw Samuel, who was elected as SSD president in 2016. At this year’s GC Session, Samuel was elected as one of the new associate secretaries of the General Conference. Samuel’s wife, Orathai Chureson, also was elected to a higher position this year as the new Children’s Ministries Director of the GC.

Daniel Duda is the new TED president. For the past few years, Duda has been the TED field secretary and TED Adventist Mission director. From 2005 to 2015, he also was the region’s ministerial secretary. He was also appointed TED education director in 2005, reported the Adventist Review.

He was the head of the Theology Department and academic dean at Zaoksky Theological Seminary (now Zaoksky Adventist University) in the Russian Federation before arriving at Newbold College in 1998, where he held several positions.

Duda replaces Raafat A. Kamal, who was elected president of the TED in 2014.

Robert Osei-Bonsu was voted in as the new WAD president after serving as dean of the Theological Seminary at the Adventist University of Africa (AUA) in Kenya. He has been an associate professor at AUA since 2020, reported the Adventist Review.

Before 2020, Osei-Bonsu was a church pastor in Ghana, but also worked in various educational administration positions at Ghana’s Valley View University, including as rector (chief academic and administrative officer) and pro-vice chancellor of the school. Osei-Bonsu has also worked as a youth, chaplaincy, and communication director of the South Central Ghana Conference.

(Photo: Division presidents and their wives are seen right after their election by the 61st GC Session on June 8, 2022. Photo by Josef Kissinger via Adventist Record.)