New Book on Social Justice as Taught by Ellen White 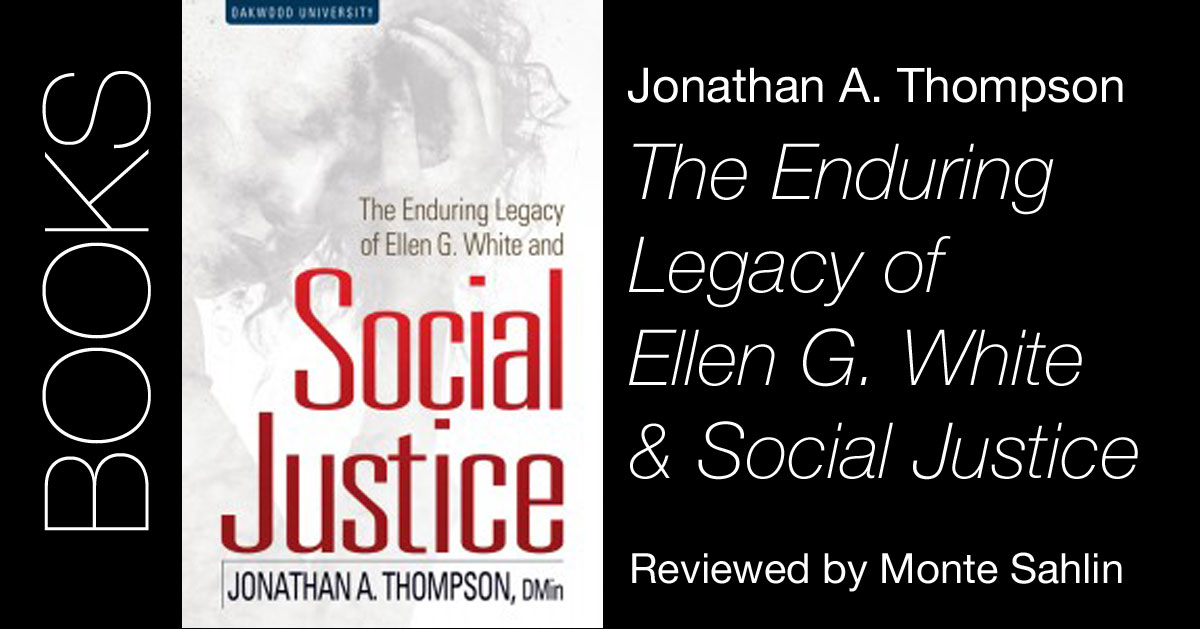 By Monte Sahlin, July 27, 2017:      Many Adventists may think that social justice is a topic that Ellen G. White never addressed. A new book clearly erases that misconception with contributions from 14 scholars, most from Oakwood University, the only Adventist institution recognized among the historically black colleges and universities in the United States.

The Enduring Legacy of Ellen G. White and Social Justice is must reading for anyone who really wants to know what the key founder of the Adventist faith understood to be God’s will with regard to social issues of her time and today. There are chapters that focus on race, illegal immigration, civil disobedience, protest as a public witness, black theology, a more nuanced and contemporary understanding of “the Testimony of Jesus” from the Book of Revelation and other issues.

For readers who begin with the question, What is social justice? There is a very helpful chapter by Pastor Jamie Kowlessar on “A Framework for Social Justice.” It provides a Bible foundation for the concept.

The book clearly documents that White was a social reformer as well as an evangelist and leader in the formation of a denomination. Many traditionalists and conservatives among Adventists tend to claim her as their own today, but it is well to remember that two volumes in her six-volume official biography, written by her grandson and published by the White Estate, use the label “Progressive” in their titles.

This volume shows “the myriad ways in which her long and eventual life (1827-1915) intersected with the critical social issues and/or concerns of her day,” wrote Dr. Lewis V. Baldwin, emeritus professor of religious studies at Vanderbilt University and not an Adventist, in the book’s Forward. He sees “White’s antislavery advocacy and pivotal role in health reform and the formation of schools and medical centers” as important parts of her message and influence. (page 11)

“White never separated personal salvation from social salvation,” Baldwin observes. Unfortunately, this is a separation that many Adventists make today, including some who say they are zealous to defend White’s teachings.

The papers in this book are all written from a perspective that values “the timelessness of a figure like White.” And it includes chapters comparing her approach to that of Martin Luther King and U.S. President Donald Trump which show how her ideas “take on new hues and pertinence to our twenty-first century world.” (page 12)

Although the Adventist faith and White are a religious figure and a church tradition that have not been sufficiently covered in most of the synoptic histories,” Baldwin concludes. “We need to know far more than we do about White’s life, thought, activism, and legacy.” (page 12) A significant observation by a respected scholar of American religion based at one of America’s major universities. It appears that simply his reading of the papers in this volume provided an important witness on behalf of the Adventist message and movement.

The book was published earlier this year by Pacific Press, the denomination’s official publishing house for North America. You can get a copy from the Adventist Book Center near you or online through amazon.com.

Monte Sahlin is CEO of Adventist Today and served as a pastor, urban ministry director and church administrator in the Seventh-day Adventist Church for 44 years before he retired in 2014.