Needs of Women Focus of Global Gathering of Adventist Leaders 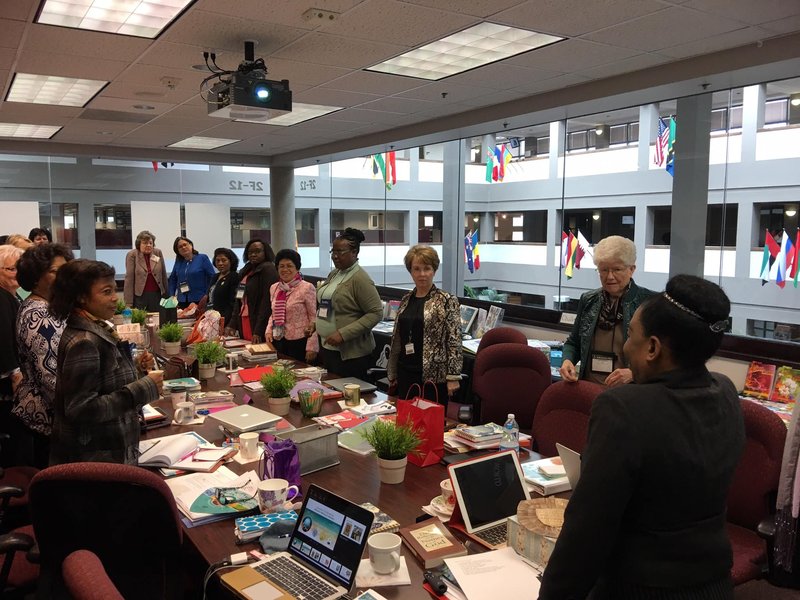 April 12, 2016:    Directors of Women’s Ministries from the 14 regional units of the Seventh-day Adventist General Conference met March 8 through 12 in the department’s global advisory council. Meetings of this kind for each of the denomination’s major departments occur every five years, typically in the year following each GC Session. The agenda includes a review of the core programs assigned to the department, presentations on new resource materials and sharing of innovative projects from various places around the world.

The participants included the director and associate directors from each of the 13 “divisions” or continental regions of the denomination, as well as the Middle East and North Africa Union Mission, which functions along the same lines for an area of the world with very few Adventists and restrictive conditions in some countries. Heather-Dawn Small, the GC director of women’s ministries, and her associate, Raquel Arrais, organized the meeting.

A statement on “Women in Leadership” was voted at the meeting, according to Spectrum, the journal of the largest association of Adventist academics. The statement asks that “women and men in leadership positions be treated equally in workload, compensation and responsibilities.” It avoids the topic of ordination and ministerial credentials, leaving it to the reader to follow the logic of the resolution.

The statement does list reasons why gender equity is important to the Adventist movement: (1) the “Adventist Church is called upon to represent Christ to the world;” (2) the Church “is growing, and the need for leaders is great;” (3) “we need both women and men to fully represent the image of Christ;” (4) “our 28 Fundamental Beliefs (6, 7, 11, 14) affirm the equality of men and women;”and (5) “Christ always treats women with justice and equality.” These could be reasons for the next GC Session to reconsider its view of gender and ordination.

“We are blessed to meet with our sisters … to sit and share, plan, discuss and learn from each other what God has done is doing through our sisters around the world,” wrote Small on the GC Women’s Ministries Facebook page. Speakers included Dr. Ella Simmons, the only woman who is a GC vice president; Pastor Gilbert Cangy, the GC youth ministries director; and Ardis Stenbakken, the retired former director of women’s ministries.

The following week Small attended as an observer the United Nations Commission on the Status of Women in New York City at UN headquarters. She took a young adult observer with her; Kizanne James, a medical student and Adventist youth leader from Jamaica. “Listening to the reality of life for women in every country on the globe can be difficult, but it is necessary,” Small wrote in a report to Adventist women’s ministries leaders. “How can we as a church reach the world with the gospel of Jesus if we do not understand the pain of the people we want to reach?”