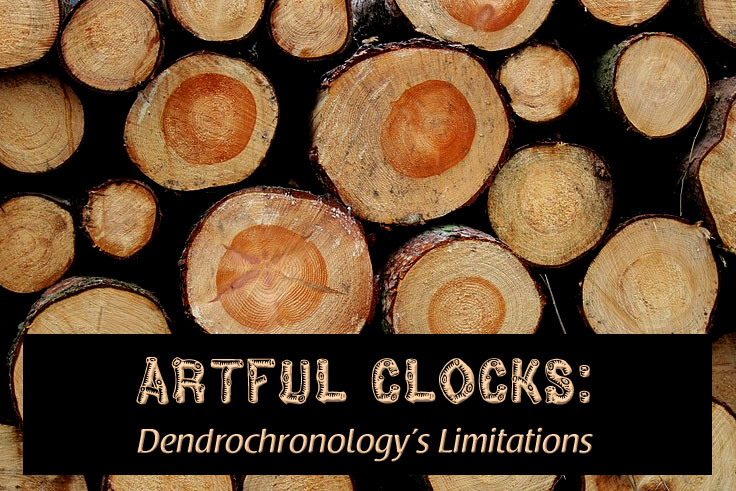 by William Abbott, April 13, 2016:    A 2015 Yale University press release announced that Thomas Crowther, a research scientist at the Yale School of Forestry and Environmental Studies, had completed a landmark study where he estimated the global number of trees to be three trillion. Tree count studies have been done before and generally the number was thought to be about 400 billion. Crowther’s study bumped the number up more than sevenfold.

Counting trees is fundamental metrics in the science of forestry. The tremendous discrepancy between the old count of 400 billion and the new number, three trillion, begs for an explanation. How could we be so wrong about something so doable as a census, an estimation, of the living trees on earth? Atmospheric carbon dioxide has been news lately as causing Anthropogenic Global Warming. How could we hope to make sensible estimates about the carbon cycle using such a dramatic undercount of trees?

It is not hard to count trees. We have lots of practice. You just have to be careful and methodical. You have to do field checking to verify your estimates from satellite imagery. If you don’t verify, you are just guessing. You have to be rigorous in correlating the images to appropriate field inventories. But counting trees is an old trick. Inventorying forests is what foresters do. It is elemental to the science of forestry. Scientifically, they have been doing it for over one-hundred years.

For those of us who want numbers we can trust, studies like Thomas Crowther’s are unnerving. If the simplest numbers, concerning the simplest knowables, are proven to be not even close, the totals become a huge caveat about the scientific method itself.

Reproduced below are two excerpts from the 3 September 2015 Yale press release announcing the completion of Crowther’s research: …But the total number of trees has plummeted by roughly 46% since the start of human civilization, the study estimates.  …The new study used a combination of approaches to reveal that there are 3.04 trillion trees — roughly 422 trees per person.

46% is a guess, not an estimate. Why is it expressed as 46%? The study has just demonstrated how unreliable scientific tree counts can be. Now they ask us to believe you can estimate deforestation since the start of Civilization to an accuracy of approximately one percent?  Should we just be thankful they didn’t reduce the the rough estimate of 422 trees per person to the decimal?

Dr. John (Jack) Hoehn’s recently published commentary in Adventist Today, titled “Natural Clocks,” starts off with tree-ring dating: dendrochronology. Dendrochronology is the art of measuring time backwards counting tree rings. Dr. Hoehn leaves us with the impression that there is nothing very challenging about dendrochronology. That dendrochronology is simple science. Count the rings, identify the years by shape and size of the growth rings, find similar growth rings in similar wood, even fossilized wood, and a way-back you go. It works like a clock, a natural machine measuring prehistoric time. Dendrochronologists make the machine work. But the machine isn’t as easy to operate as Dr. Hoehn lets on.

Intra-annual rings form when trees produce two rings in one year. Missing rings occur when autumnal moisture is lacking and the tree produces no late wood to complete the ring. Compress one thousand one hundred rings into five inches of wood, as in the Bristle-cone pine, and it becomes challenging, to say the least. Yet Dr. Hoehn confidently gives us YBP (years before present) numbers of 4845 and 5066 for famous Bristle-cone pine trees without ever mentioning that in the 1950s, in the earlier days of dendrochronology, one thousand plus-year adjustments were not unheard of in Bristle-cone pine tree dating.

Creationists routinely point to the approximate age of bristle-cone pines coinciding with an approximate biblical chronology for the flood. Dr. Hoehn thinks the bristle-cones are capable of exactly refuting an exact date of 4,000 years (YBP) for the flood. His is a peculiar, even singular, straw-man argument. There isn’t anything very threatening in dendrochronology to a young earth theory. I’m certain James Ussher himself might warn Dr. Hoehn there are problems when you try to date things too precisely using the Bible.

When cross-dating is done right you still have to contend with up to 5% of the rings not matching. Cross-dating fossilized wood is problematic, to say the least. Cross-dating is the vital part of dendrochronology, but it is fraught with errors and guessing. You can make your research worse than useless if you mess up the cross-dating, and it is so easy to do.

None of this is to say dendrochronology is not science. It is excellent science. As proxies go, tree rings are something of a gold standard when it comes to way-back machines. Dendrochronology works…sort of. But the further back you try to measure, the more problematical your measurements become, the more prone to error. Confidence about what we “know” grows less and less robust. When it comes to metrics, assumptions rule the past. And when you are assuming, you are not knowing. Assumptions make dendrochronology as much an art as it is a science.

Scientists observe exponentially more in wood than they observe in ice cores.  The verifiable correlations to climate and pollen at the top of an ice sheet are speculative assumptions deeper down. Too many unknown variables make the deep ice a mystery, not a clock.

Assumptions control the glaciologists’ metrics, and those assumptions consistently impose evolutionary time on their observations. They see what they expect to see: evolutionary time. Glaciologists cross-dating ice cores is much like astronomers mapping Mars’ canals. For decades observatories passed back and forth canal maps of the planet Mars. Everyone saw them; everyone mapped them; no one disputed the existence of the observed canals. Then spacecraft observations proved the canals didn’t exist.  I ask the reader to “imagine” what we don’t know about ice cores.

When we assume something is true we behave as if we know something is true. There is nothing wrong with that. Human beings probably can’t live otherwise. But humility about how much is being assumed is key to ever truly knowing anything. Dr. Hoehn’s natural clocks are really imaginary clocks—artful constructs drawn out of man’s imagination. Confirmation bias is most likely interpreting our observations. Too often when we know a thing to be true, we always see evidence of that truth no matter where we look. Dr. Hoehn knows people who look at evidence and see confirmation of their Bible-based belief in a young earth are biased by their belief.  Does he know his ‘imaginary’ clocks are also vehicles for confirmation bias for those who “know” the earth is old?

Bill Abbott serves as a local elder in Columbus, Nebraska and works in the forest products industry.