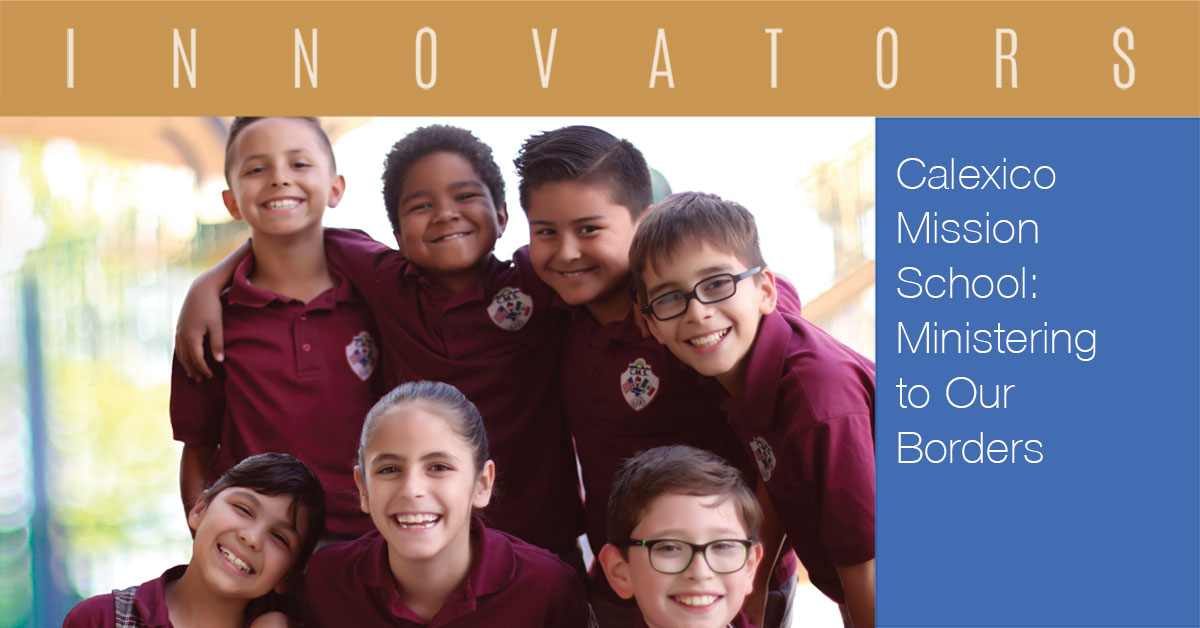 Just yards from the border of Mexico, Calexico Mission School is in a unique position to make an impact in the world. Across the border is the Mexican City of Mexicali, the Capitol of Baja, and home to 85% of the students. Calexico Mission School has been serving the community for over 80 years and is the longest running and largest mission school in the North American Division.

85% of the students aren’t Seventh-day Adventists, but Roman Catholic. Many of the students are American citizens born to Mexican parents. Because they are American but live in Mexico (out of district), they are unable to attend the American public school. But learning English is a huge advantage for these Mexican families, so many make the sacrifice to pay tuition and send their children across the border every day to Calexico Mission School. This provides the teachers and staff an opportunity most Adventist schools don’t see: the opportunity to share Jesus with their student body when the majority of the students aren’t Adventist.

These parents show how much they value Calexico Mission School by paying their tuition. They must convert their pesos into dollars, and they lose money on the exchange. So in a sense, though Calexico Mission School has by far the lowest tuition of any Adventist school in North America, it’s the most expensive for parents. In addition, tuition is variable depending on the fluctuating nature of the dollar and the peso. For example, a few months after the election in November of 2016, the value of the peso dropped dramatically and parents found themselves suddenly paying 18-20% more tuition on the exchange than they were before. Parents worried, but the students did not. The sixth-grade class prayed every day for the dollar to go down. Though the teachers and staff didn’t believe it, incredibly, the value of the peso leveled and the exchange rate balanced for worried parents. A lesson in having the faith of a child!

Another challenge these students face is that most of them must cross the border from Mexico into California every day to get to school. Some days it takes more than an hour’s wait line to get to school, even though the school is only yards away. Can you imagine living a stone’s throw from your school, and yet having to leave an hour early to get there on time?

During and after the American Presidential election there was a lot of fear and unrest at the school. Students weren’t concerned about talk of a border wall, as there is already a wall at the border and all of them have legal means to cross the border every day. But the climate toward Mexican families was suddenly more hostile, and there was a lot of hype in the media, on both the English and Spanish channels. “We serve a God who is sovereign over all countries, over all governments.” Said Principal Oscar Olivarria. “That was a good opportunity for us to tell our kids, we shouldn’t live in fear.” There is a lot of uncertainty because there is an election happening soon in Mexico. Those living on the border of two countries don’t worry just about what the American President says and does, but also have fear and uncertainty regarding the politicians in Mexico. Some of that fear and uncertainty has led to a decline in enrollment, which Olivarria notes has also happened conference-wide, and that Calexico Mission School is not exempt from that trend.

When asked about the needs of the school, Olivarria mentioned that there have been several faithful donors who have been giving to the school for a long time, but many of them are aging and there is concern that when they are gone their generous donations will not be replaced.

The majority of the staff at the school are not from the area. Olivarria considers them “true missionaries.” Most of the teachers don’t speak Spanish. Since parents send their children to the school to learn English, having an English-language culture in the school is important.

Olivarria himself is an alumnus of Calexico Mission School! He grew up in Mexicali and began attending the school in the 8th grade for the purpose of learning English. After learning English and attending high school there, he went to La Sierra University to get his degree in Education. He taught Bible at Calexico Mission School for 15 years, and has been the principal for 2 years.

“The purpose of this school is to share Jesus.” Olivarria says. “We take every opportunity to share a picture of Jesus that is very different than they are used to.” The school emphasizes a personal relationship with Jesus. “They are learning how to interact with Jesus in a very real way in their lives. And they say, ‘I have a problem, I’m just going to bring it to God.’” The staff has implemented a new prayer project called the Jabez project. “This year we are even more intentional about praying for our kids.” Olivarria says. Each week students are chosen, their names are posted on the website, and the teachers and staff pray specifically for them. “If your readers want to pray for our school, that is a good place to start,” adds Olivarria. You can see the students to be prayed for this week on Calexicomissionschool.com. “Also, pray for our school’s unique challenges from being so close to the border, and pray for our donors,” Olivarria adds.

Calexico Mission School is in a unique position to change lives. Its draw to parents is the offer of a high-quality English and American education. Those qualities allow Calexico Mission School to reach a demographic most Adventist schools never see. It has the opportunity to share the message of Jesus across borders, breaking down prejudices and teaching Christ to families. 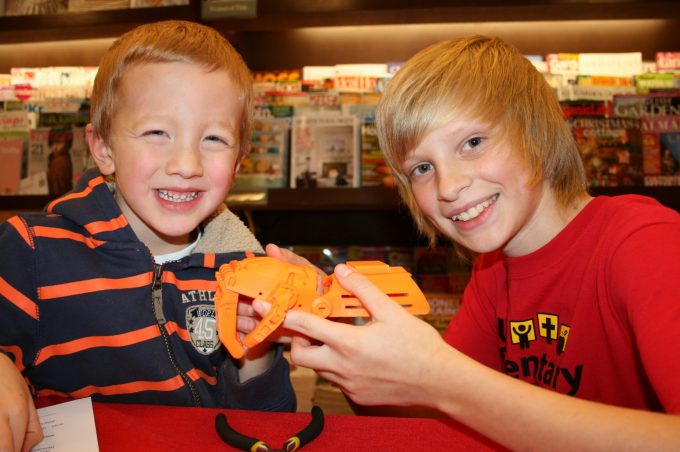