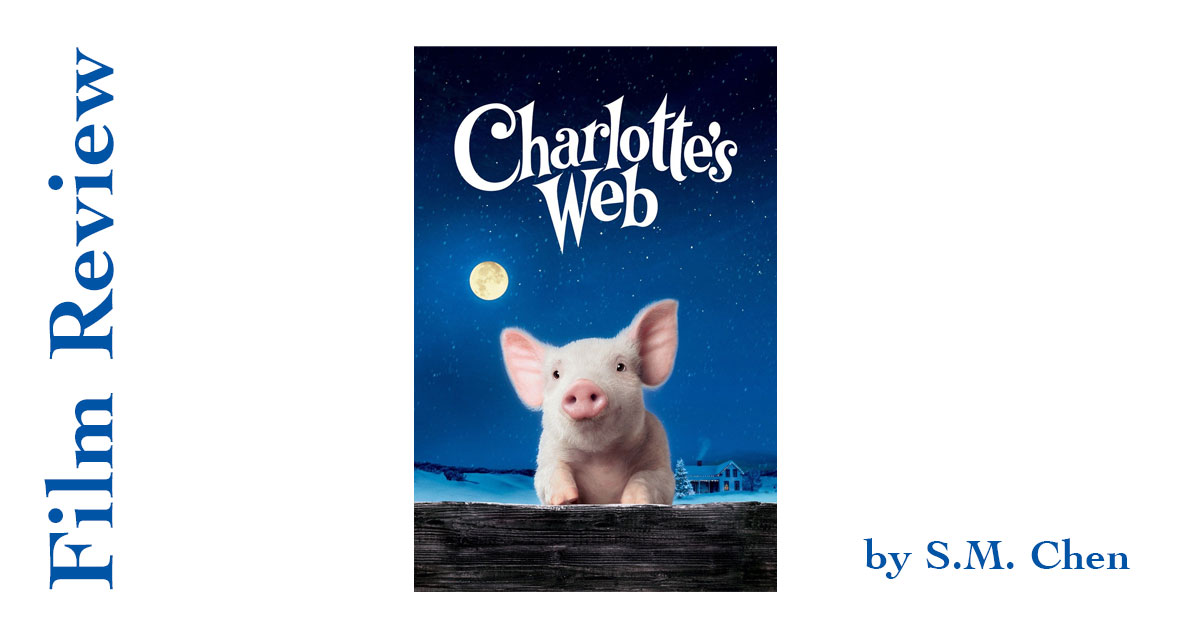 Some of you may be familiar with The Elements of Style, by William Strunk Jr. and E.B. White.  A slim (only 43 pages) volume, it more than compensates for lack of heft by pith and sage advice for the art of writing.  Indeed, it became a classic.

Brevity, as was observed by Polonius in Act II of Shakespeare’s “Hamlet,” may be not only the soul of wit, but also the soul of that which endures in memory.

E.B. White also wrote Charlotte’s Web, a the charming 1952 children’s novel, the setting for which was Somerset County in the state of Maine. It, too, became a classic, though at 192 pages, a bit longer than The Elements of Style.

I recently viewed a 2006 film version of Charlotte’s Web,  narrated by Sam Shepard (playwright and actor who died in 2017), starring Dakota Fanning, and voiced by Julia Roberts, Robert Redford, Kathy Bates, and Oprah Winfrey, among others.

Animals spoke in many of the books I read as a boy (including those by Thornton Burgess, Frank Baum, and Beatrix Potter), so I found the notion of talking creatures charming rather than off-putting.

It doesn’t require much stretch of imagination to believe that our fellow members of the animal kingdom converse with one another.  The fact that few, if any, of us understand does not negate that probability.  Members of more intelligent species, such as apes, dolphins and elephants, clearly communicate with one another on some level, in a manner not yet comprehended with clarity by us.

Perhaps equally important, there is also a communication that doesn’t require words.  Ask any pet owner who derives comfort and companionship from their pet (particularly, but not only, dog lovers), who will aver their pets understand them.

But words, too, are important.  E.B. White reminded us of that in both books, one didactic, the other easier reading. Both were informative and engaging, albeit in different ways.

Words play a vital role in how Charlotte, a barn spider, went about saving Wilbur, a barn pig, from the smokehouse, a dreaded building visible from the barn.  Wilbur, a spring piglet, was not destined to see the snows of the following winter.

It would be unfair to divulge the plot.  Suffice it to say the film is populated by numerous memorable characters, both animal and human (I was going to write ‘human and animal,’ but, to me, animals figure as least as prominently in this work as people, so I decided to list alphabetically).

Dakota Fanning, as Fern, the little blonde farm girl who initially saves Wilbur, the runt of his litter, is adorable.  I related to the family doctor (a barely recognizable Beau Bridges) who reassures Fern’s mother that Fern’s affinity for animals is perfectly normal and reminds that miracles abound, some of which are simple and not necessarily recognizable without scratching the superficial surface.

One of the more delightful characters is Templeton the Rat (voiced by Steve Buscemi). I initially thought the film might, at least in part, be animated, but it was not, in the ordinary sense. How the filmmaker (work directed by Gary Winick) matched reel footage with animal dialogue is a mystery.  Perhaps it is better it remain that way. (Filmmaker J.J. Abrams keeps a mystery box, acquired decades earlier, on his work desk.  He has never opened it.  As long as it remains unopened, perhaps it gives him power.)

Templeton is like many of us, in the game reluctantly, and for himself. One sensed, near the end, a softening, that maybe he wasn’t as tough as his veneer.

Near film’s end, at the public fair, where Wilbur is awarded a prize and saved from the smokehouse, Charlotte perishes, but not before, being great with offspring, emitting an egg sac containing 514 young.

That egg sac is retrieved by Templeton and taken back to the farm and barn by Wilbur.

It was a moving event when the spider eggs hatched and spiderlets came to life and most left the farm, wafting away lightly in air on strands of silk, like seedlets from the head of a dandelion.

But three spiderlets remain in the rafters of the barn, and Wilbur has the privilege of naming them.  He tells them he was a friend of their mother. All four become friends.

The cycle of life is complete.

This film contained no vulgar language, no violence, nothing prurient.  It is refreshing that such common qualities are not necessary to produce a memorable work.

No film is ever better than its script.  Fortunately, in this case, scriptwriters had a complete derivative work.  They didn’t need to improve it.

There are a number of compelling reasons to favor a plant-based diet.  You know them and probably don’t need a reminder. Should you, however, this film provides but one. It speaks to the sanctity of life, friendship between animals and that between animals and humans, and may warm your cockles.