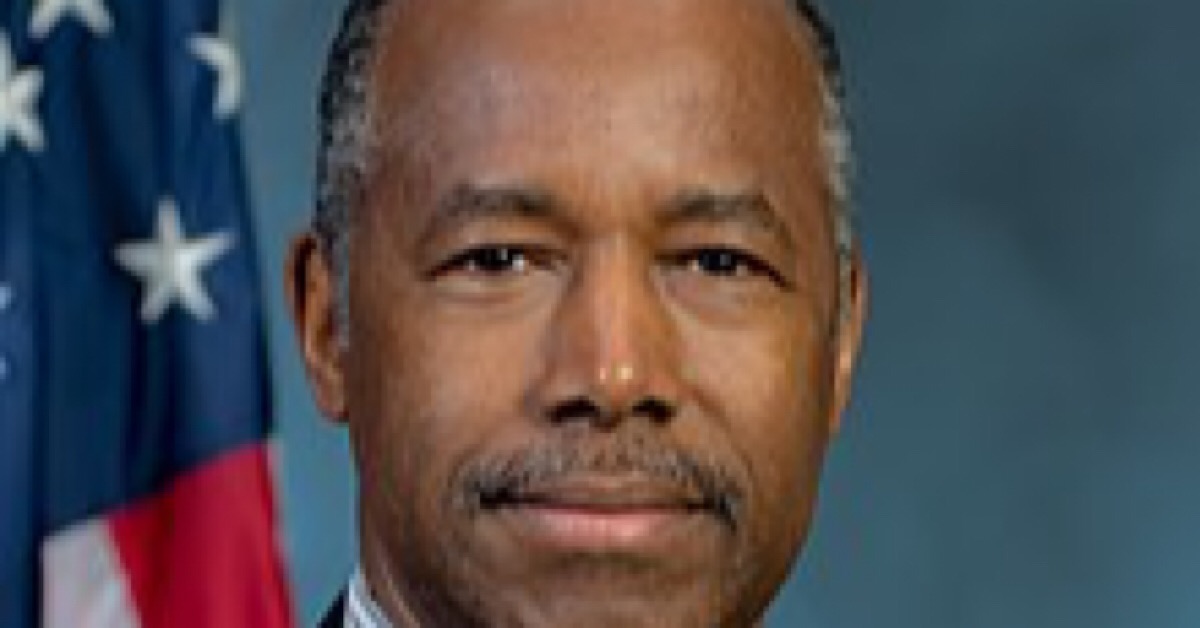 The former neurosurgeon said that despite his mother’s impoverished start in life, she understood what it took to be successful in society.

“If anyone had a reason to make excuses, it was her, but she absolutely refused to be a victim and would not permit us to develop the victim mentality either.”

Carson frequently credited his mother with giving him the work ethic that allowed him to escape his childhood of poverty.

After his mother and father divorced while Carson was a young child, his mother moved him and his brother from Boston to Detroit where, according to Carson, she worked two or three jobs at a time to support the family.

Politico quotes a 2016 speech Carson made at Yale University, his alma mater, where the HUD Secretary said his mother “wanted to make sure that we didn’t live in public housing, because there was a lot danger there, and she wanted to shield us from that danger.”

In his role at the HUD, Carson has repeatedly stressed what he perceives as the danger of dependency on government housing and other forms of support.

The former presidential candidate had written and spoken frequently of how his mother only allowed Carson and his brother to watch two television shows per week while requiring them to also read two books and submit book reports to her. Sonya Carson, practically illiterate since she only had a third grade education, would mark up her sons’ book reports.

Carson credits his mother’s focus on hard work and academics for his rise from the bottom of his fifth grade class to top of his class a year and a half later.

Carson went on to complete his undergraduate studies at Yale and then medical school at the University of Michigan before becoming the director of pediatric neurosurgery at Johns Hopkins Hospital.

“All that I am is because of the love of my mother. She was one of God’s greatest blessings to me and it was her foresight and discernment that pushed me to reach my dreams,” said Carson in another Facebook post on November 8.