Memorable Tales from the Parish, Part 1 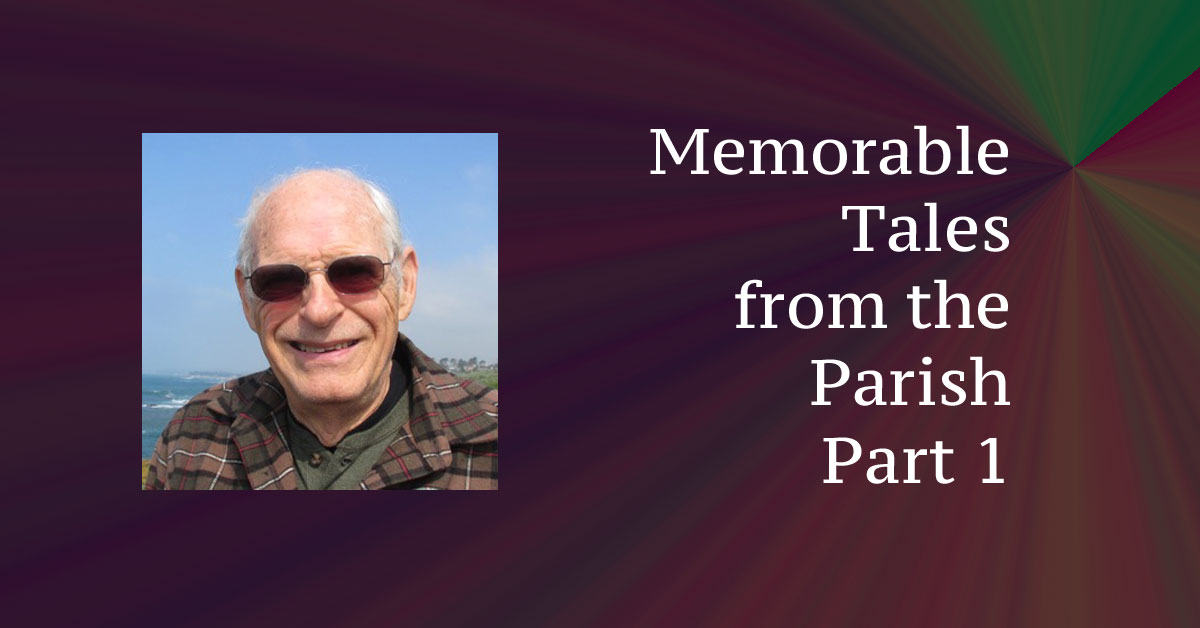 by Larry Downing, May 29, 2017:     One of the questions inquiring Adventists ask is, “What do pastors do all week?” It is common understanding that we work only one day a week. What about the other six?

One partial answer: we do visit people. There are occasions when a pastoral visit provides far more information than one bargains for. A few examples follow. As an aside, the “verbatim” is a component of the Clinical Pastoral Education (CPE) structure. The sentences in quotes come from verbatims I wrote following visits. (Former FBI Director Comey is not the only one to keep notes.) All names are fictitious.

The account that follows may, by some, be thought fabrication. Let me assure the reader it is a genuine article, untouched by imagination.

The heroine of the story is Vangie Piper. For those who know antique aircraft, it is not known if she was a relative to the Piper who developed the Piper Cub. She did, at times, appear high, but that may have been the result of meds.

Vangie, a spinster, was well into her “senior citizen” years. She moved slowly, making full use of her cane to assist her to maintain balance.

On the day in question, I invited Martin Loaster, an older man who had long been a church elder, to accompany me as we visited several at-home church members, or as often called, “shut-ins.” Vangie was to be our last call.

I had been contacted earlier in the week by a representative from the Visiting Nurses Association informing me that Vangie was about to be evicted from her apartment. There were a couple of presenting issues that distressed the landlord: Vangie did not clean her apartment; and she constantly plugged up the toilet, causing it to overflow onto the floor. The Visiting Nurses Association hired a housekeeper to assist Vangie. The visiting nurse also sought a solution to the toilet problem. In response to the phone call, I thought it well to pay Vangie a visit.

I knocked on the door. We heard a voice on the other side inviting us to come in. I opened the door and entered Vangie’s one-room apartment. She was standing by a table fumbling with a glove. Upon closer examination, it was obvious she was in the midst of attempting to remove something from the glove she held in her hands.

I walked over to where Vangie stood and asked if perhaps I could assist her. She assured me she would appreciate it if I could retrieve the money that had somehow become lodged in the glove’s fingers. I took the glove in my hands and gently shook it over the table. Several coins bounced and clattered out onto the table

“Thank you, Pastor Downing,” she said. “These are the gloves I use to break up my bowel movements so they will flush down the toilet and not clog the drain.”

Talk about a near barf-on-the-floor moment! It nearly came.

“You mean, did you say, these gloves are what you have used…?” I was just ready to ask for Lysol, Clorox and Drain All when Vangie added, “My housecleaner brought them for me. When I came home I found them in my apartment.”

So that was settled. They were virgin gloves. Unsqueezed. Oh, what a relief it was! The story continued, as spontaneously as talking about the change in the weather, or the latest stock market trend.

“You see, Pastor, the landlady was going to throw me out of here because my bowel movements wouldn’t go down the toilet, so I’ve had to take my hands and break them up. I just squish them through my fingers.” As she described this process, her hands did a squishing movement, perhaps I should say motion, much like a child might with silly putty. “Then it goes down the drain with no problem, you see, Pastor Downing?”

“When the nurse found out about the problem, and what I was doing, she suggested I buy rubber gloves, so my housecleaner bought them for me today. They are also giving me a bowel (sic) softener, so there should be no problem. Now, when I have a bowel movement, I can put on the gloves,” a fond glance at the limp gloves on the table, “squish it up, and down it goes, with not a problem. No more toilet running over. Isn’t that good?”

How is a pastor to reply to such a revelation? “Wunerful wunerful”? To answer this question is why I spent four years of college and three of graduate school? So I could learn the fine points of bowel movement squishing? I said nothing.

After hearing a couple more graphic re-tellings of the glorious events of the week, the elder and I decided it was time to make our escape. We both allowed that we had enough variety for the day, and perhaps it would be well to take part in some other activity. As we neared the car, the elder turned to me and said, “Does this kind of thing happen very often?” Just another day in the life of the country parson.

Joe was a middle-aged man of small build with a balding head and slight stomach roll, who lived in a second-story apartment. He had mailed in a response card to one of the Adventist media programs that promised him a free Bible. As we talked, it became obvious he had not the slightest idea that when he requested the free Bible, the offer came with a visit from an Adventist pastor.

He had never attended an Adventist church, nor did he know about Adventists. As I gave a brief summary of who Adventists are and touched on some of the beliefs we hold that are similar to other Christian groups, I saw him reach toward a coat that lay in a disheveled pile at the opposite end of the couch where he sat. After some purposeful tugs and twists on the rumpled coat, he grasped one of the coat pockets, the apparent object of his efforts. After a brief pause, with neither of us saying anything, his eyes met mine. A slight smile formed on his round face.

I saw him grasp the bottom edge of the pocket and stick his hand down into the pocket. With a slight yank, he pulled out a chrome Derringer. The snub-nosed barrel was pointed at me. I attempted to smother an immediate rise in my anxiety level. What to do? Dive for cover? Throw up my hands and surrender? Yell bloody murder? What I did was nothing. I sat looking at him, waiting either for him to take action or say something.

“I always carry this whenever I go out,” he said. “It’s my insurance. My bodyguard.” I replied that it must give him some security. As he looked at the pistol, he informed me he did not have a license to carry a concealed weapon. As he spoke, he leaned back and placed the pistol next to him. My anxiety level decreased. I gave Joe his free Bible, told him it was nice to meet him and left. This ended my contact with the man and his shiny bodyguard. Next time, someone else can deliver his free Bible.