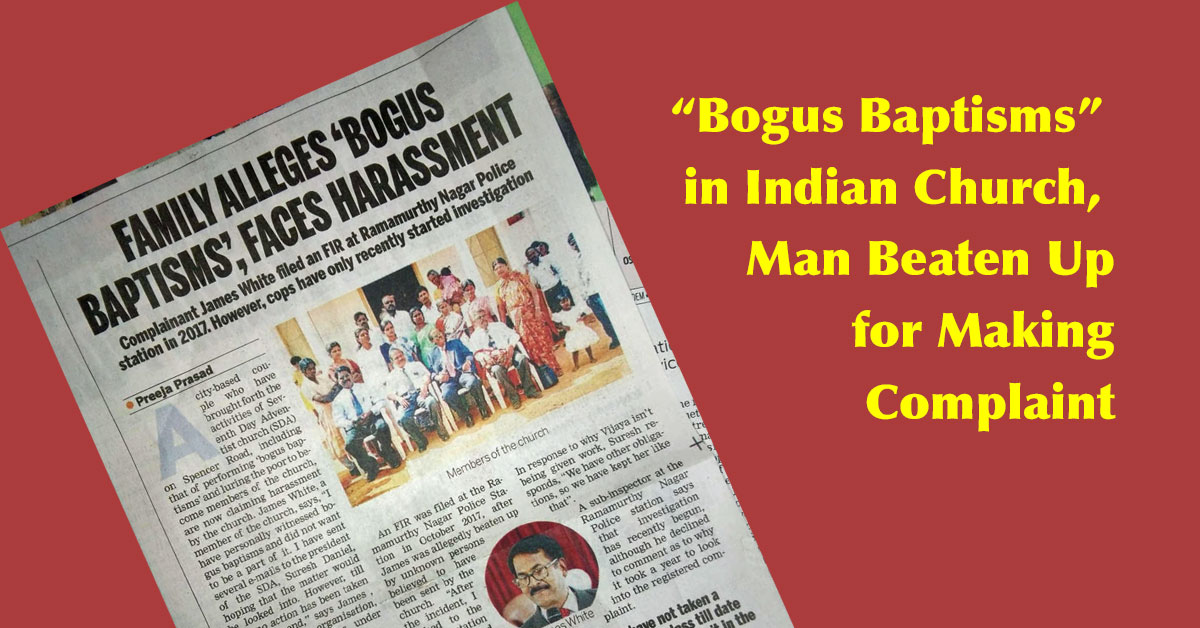 A family in Bengaluru (Bangalore), India, has reported being harassed after alleging “bogus baptisms” by the Adventist denomination in the area. The New Indian Express reports that the couple had also claimed that the denomination lured the poor to become members.

James White, an Adventist who runs an organization called God Cares Ministries, reported being beaten up by unknown persons after making the claims about the church. He thinks the unknown group was sent by the denomination.

He says that he has written to the president of the South-Central Indian Union, Suresh Daniel, regarding the supposed bogus baptisms and has received no reply.

Daniel dismissed White as, “an unsatisfactory performer, who just sends e-mails to everyone,” according to The New Indian Express.

White claims that after being beaten up, he filed an official complaint at the Nagar Police Station in October 2017 but an investigation was not launched until recently. No explanation was given by law enforcement for the delay in investigation.

James White’s wife, Vijaya James, who works at the local Seventh-day Adventist English High School and Pre-University College claims that she has not been allowed to teach any classes but has been confirmed to the library at her school.

“They are penalizing me for speaking out against the church,” claimed Vijaya James.

Speaking to why Vijaya White isn’t being further utilized at her school, Daniel said, “We have other obligations, so we have kept her like that”.

According to the denomination’s Office or Archives, Statistics and Research, the South-Central Indian Union has 77,251 members and 255 churches.