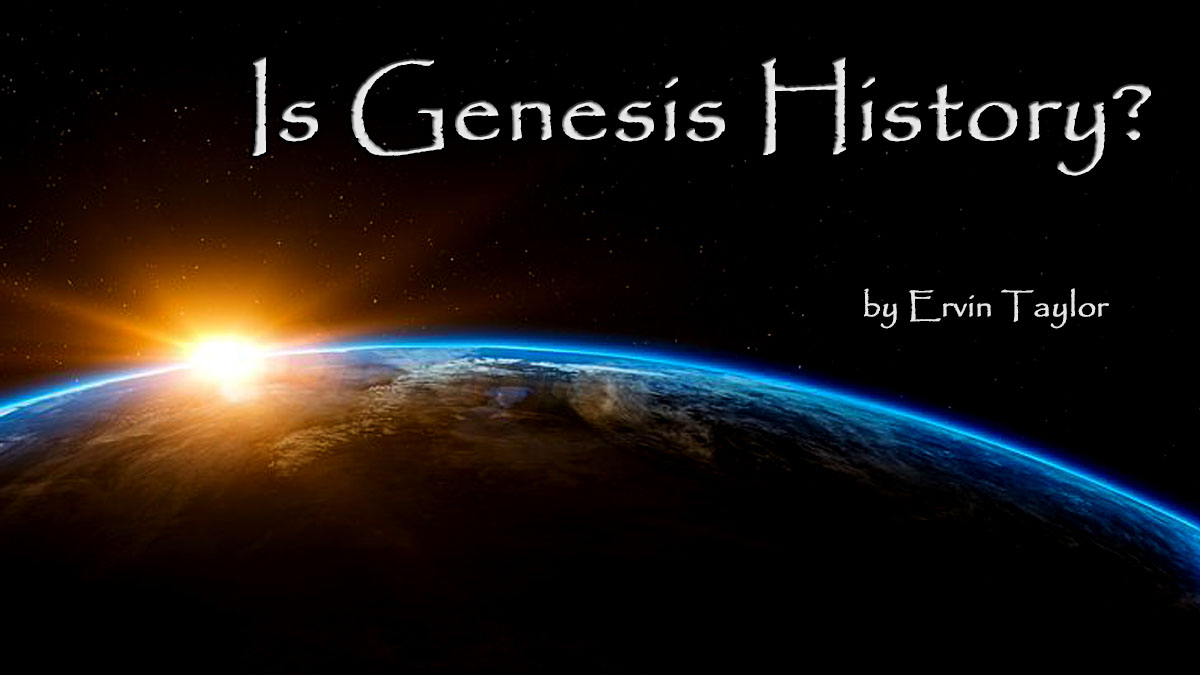 by Ervin Taylor, March 15, 2017:     Is Genesis History? This is the title of a film recently widely shown in special presentation in theaters in the United States in late February 2017. On the website of the producers of the film, it is stated that the film is “a fascinating new look at the biblical, historical, and scientific evidence for Creation and the Flood. Learn from more than a dozen scientists and scholars as they explore the world around us in light of Genesis.” What is “new” about what is being presented in the film is never stated.

According to an article appearing in the Adventist Review on March 11, 2017, written by Timothy G. Standish of the Geoscience Research Institute of the General Conference of Seventh-day Adventists, “[m]ore than 143,000 people attended showings of this documentary, which features Adventist scientist Arthur V. Chadwick, Ph.D.” (Apparently, the old Adventist belief that when you went into a motion picture theater, your guardian angel had to wait outside because the Devil and/or his angels were inside, can now be “officially” totally disregarded.)

The Adventist Review article informs us that the narrator/host of this motion picture is Del Tackett. He is described as a “software engineer who served as director of technical planning for the National Security Council” during the presidency of George H. W. Bush. This individual is also identified “for his role in Focus on the Family’s Truth Project.”

On its website, the Focus on the Family organization describes its beliefs as including that the “Bible [is] the inspired, only infallible, authoritative Word of God . . . The Bible . . . as the inspired and infallible Word of God . . . speaks with final authority concerning truth, morality, and the proper conduct of mankind.” On the basis of their self-description, this organization is widely understood as Fundamentalist in its theological orientation and advocates politically right-wing, socially conservative views on public policy issues. In addition to advocating Young Life and Young Earth Creationism, it opposes abortion, divorce, same-sex marriage, premarital sex, and gambling, and it lobbies for allowing prayer in public schools. “Fundamentalists,” as defined by those who take their Fundamentalism seriously, indicates those who believe that everything the Bible says in any field — historical and scientific, included — is to be taken as infallible truth, i.e., as stating no factual error of any kind.

One often better understands the nature of a given product or idea by knowing who is supporting the product or idea. The organizations which are listed on the website of the movie, www.isgenesishistory.com, as “partners” in the distribution of this film are the Answers in Genesis and Creation Ministries International organizations. If one is interested in the orientation of these two operations, simply visiting their websites provides a great deal of information with regard to their purpose and the ideas they are advocating. The most straightforward description of their purpose is that they exist to advance Protestant Christian Fundamentalist ideas about the nature of the book of Genesis. For example, the Answers in Genesis organization states that it is an apologetics ministry, dedicated to helping Christians defend their faith by advocating such important Christian beliefs as, for example, that humans and dinosaurs lived at the same time and a world-wide flood occurred within the last 6,000 years or so.

Is Genesis history? One assumes what is actually being asked is: “Is what is stated in Genesis literally true? Are the earth and all living things ‘young’? Did the creation of all living things take place in six literal, 24-hour days? Was there a recent worldwide flood?” That usually means that Creation took place less than 6,000 years ago and almost always, less than 10,000 years ago, even if numbers like these are nowhere stated in the biblical text. One has to go through a process of adding up the “begats.” Also, to make Genesis “true,” in the sense that Fundamentalists want Genesis to be true, usually means that they need to believe that there was a “real” Adam and Eve, living in a “real” Garden of Eden with a “real” talking snake and with various types of dinosaurs walking around.

Is Genesis History? For the vast majority of non-Fundamentalist Christians living in the 21st Century with the advantage of knowing about a massive corpus of historical, archaeological and scientific information, the answer is almost certainly a decided No. It is not accurate history in the modern sense of the word. Most simply stated, Genesis is theology. There is one God of the entire cosmos who is responsible for all Creation. However, to unpack this answer has many parts.

If a reader is interested in obtaining a contemporary perspective of a group of Adventist scientists and scholars concerning the topic covered in the movie, there is a book published by the Adventist Today Foundation which has presented a non-fundamentalist Adventist understanding of the Genesis narratives. It is entitled Understanding Genesis: Contemporary Adventist Perspectives. To purchase a copy, one can go to books on www.amazon.com and enter the title of the book.

Also, if one wishes to read scientifically accurate information specifically about a core theme which is addressed in the film, one of the best resources is a book edited and written by a group composed primarily of evangelical Christian believers. The title of the volume is The Grand Canyon, Monument to an Ancient Earth with a sub-title: Can Noah’s Flood Explain the Grand Canyon? The editors are Carol Hill, Gregg Davidson, Tim Helble and Wayne Ranney. It was published in 2015 by Kregel Publications.