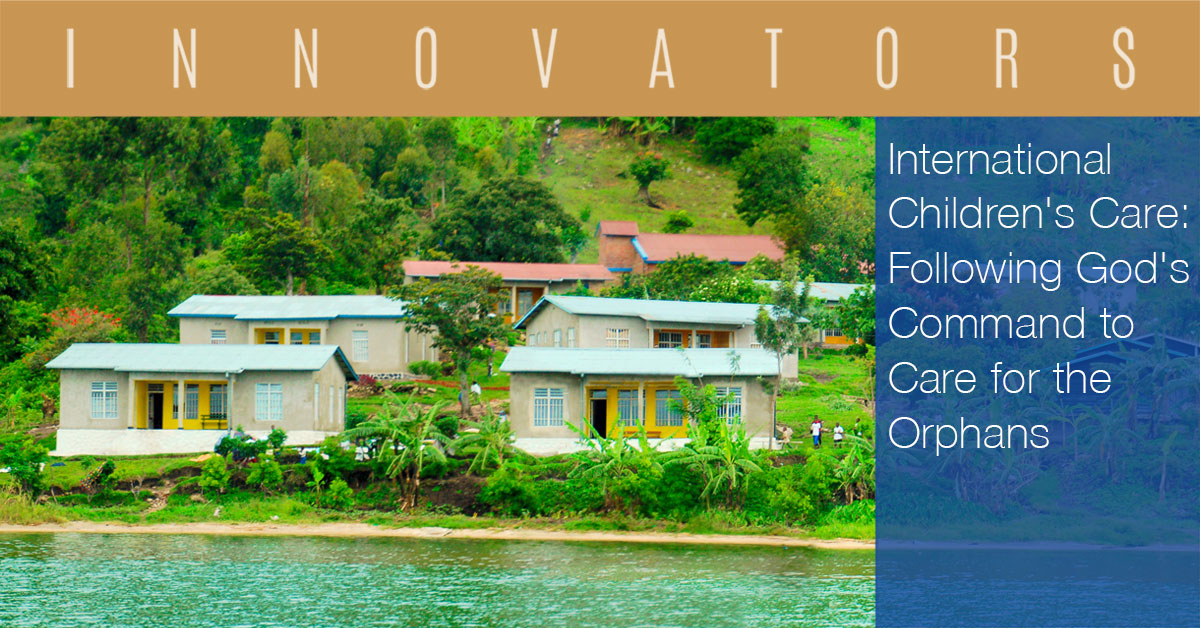 In 1976 a terrible earthquake hit Guatemala. Thousands of people died and left thousands of children orphaned. Pastor Ken and Mrs. Alcyon Fleck’s hearts were so moved by the plight of these homeless children. They wanted to do something. Pastor Fleck took an early retirement, and with some fundraising, they went down to Guatemala to see what they could do.

The first idea was to create an orphanage. But Mrs. Fleck rejected that idea. She felt instinctively that children needed a family unit. So she brainstormed and came up with a totally new idea that nobody had ever tried before. The idea for International Children’s Care.

Decades later, International Children’s Care is in 11 countries including Mexico, Nicaragua, Guatemala, El Salvador, Dominican Republic, India, The Congo, Rwanda, Ghana, and more! There are more than 600 children currently in the full-time care of ICC homes around the world and thousands more who are now adults, taken from tragedy and raised in a Christian home where they are safe and loved.

Each ICC campus has a number of houses. Each house holds “house parents” a local, Adventist, married couple who live in the home and care for the children there. Each home holds between 8-10 orphaned or abandoned children. Each campus, colloquially called a “children’s village” has about 10 homes, a church, a warehouse, a volunteer building, and sometimes an elementary school. It also has a number of acres where food can be grown locally, and they can have cottage industries there.

But the thing that makes ICC special is the children. Every child who comes to ICC is there because something has gone terrible wrong in their lives. Nobody comes to ICC without having experienced the pain of death or abandonment. Many children come from the streets where they have been begging to stay alive.

In these children’s villages each child is given a home, clothes, food, and a minimum of a Christian high school education. Many children wish to pursue higher education and they are given help to pursue that goal as well.

Every morning and evening the children have worship with their house parents. If you walk around campus about sundown you can hear the sweet sound of children singing in their individual homes as they worship God as a family. Many campuses have a Christian elementary school on site so the children can go straight from worship to school.

ICC is quite literally saving these children’s lives. When a child comes to ICC you can ask them what they want to do when they grow up. And they can’t answer. They don’t know where their next meal is coming from. They are children with no hope. You come see them a few months later and ask them the same question. And their eyes are bright and filled with excitement and hope. I want to be a doctor, I want to be a teacher, I want to be a preacher!

Doug Congleton, Executive Director of ICC America, shared a story of when he recently got to visit with the very first child who came to ICC when it was founded. That child is now an OBGYN. He invited Doug to lunch. He talked about how many children he has delivered and how he shares the love of Jesus with his patients. That’s just one person, times thousands who have come through the program and done the same thing. Pastors, teachers, young people who have an opportunity in their own countries to change the world. “When we bring up children in a family environment, give them education, teach them how to have healthy families, it makes a difference for them. They can in turn have healthy families and change the negative family dynamics they may have come from. There’s a ripple effect. They go into the world, sharing Jesus and what they’ve learned in their lives, and affects those around them in such a positive way.” Doug says.

Doug mentioned when he first began his work at ICC 21 years ago. In Mexico at the village, he prayed that he would find the reason God brought him to ICC. He enjoyed visiting with the kids but was still waiting for that special moment that would make his purpose clear.

He was just getting ready to leave and a little girl came running out to his car, tears running down her face. She looked up at him and said, “Uncle Doug I want to thank you for saving my life.” That story with that little girl drives him to continue the work he is doing. Each person who helps, in any way they help, is so important to the lives of those children.

It costs ICC about $400/month for food clothes, education, for 1 child. Which is pennies compared to how much we spend on a child in the US every month. Not everyone can give $400/month, but many people can share a child, saving their life, giving them food, clothing, education, a mom and dad. An ICC sponsorship for a child is $30/month. The children look at sponsors as godmothers and godfathers. They need to know there are people out there who love them. They write to their sponsors. They feel loved through sponsors. It’s an integral part of the program. Because it helps on a practical level giving money for food and clothing, but on another level it makes the children feel loved and wanted.

ICC is 100% funded through individual donations from ordinary people. Doug emphasized that the bulk of their funding isn’t from large wealthy donors, but from regular donations by people who don’t have millions (or even thousands) of dollars to donate.

The stories from people who keep ICC funded are truly amazing. Doug tells of people who call to say, “I saved $1.50 from my monthly earnings and I’m sending it to you”

One lady collected aluminum cans from businesses and used the money on the return from those cans for ICC. She has donated thousands of dollars over the years from her aluminum can collecting.

One of the best things about the sponsorship program, in addition to providing for the physical and emotional needs of the children, is the huge blessing that the sponsor gets from the kids. They send homemade cards made with crayon and paper because they can’t afford to buy anything else. They send cards thanking you for saving their life. It’s very personal to them.

Doug says you have an opportunity in this world to save the life of a child 2 times. Many of the children would have died if they had not come to our program. They would not be fed and clothed, loved and educated. The second chance is from them getting exposed to the love of Jesus and offering them a second salvation. That’s the exciting part of this whole thing. We can do that with just $30/month. When it says in James 1:27, “Take care of the orphaned children.” it doesn’t tell me “hey if you have time and if you have a couple of extra dollars and if you can work within your schedule.” Doug says.

When the child grows up and graduates high school and college, that’s like the harvest. We can see all the seeds we’ve been planting all these years. Now they’ve graduated and are sharing Jesus with others. And are being a contributing member of society. Such a reward!

One way to pray for ICC is to sign up for their monthly newsletter, Que Pasa, which has a list of specific prayer needs as well as heartwarming stories of the lives being changed by ICC.

Go to http://www.forhiskids.org/ for more information, or to sign up for a child sponsorship.

Lindsey is a writer and teacher. She likes to read, and play with her two children and her cat.

Adventists Reflect on the Value and Dignity of People with Disabilities