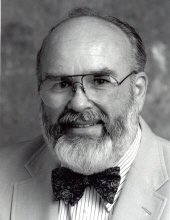 14 May 2019 | Early on Sabbath morning (May 11), Dr. Bruce Campbell Moyer passed to his death, what he called his “last great adventure.” He was retired professor of world mission in the seminary at Andrews University (AU) and an associate director of the Adventist denomination’s Institute of World Mission, widely known among Adventists and others on the frontiers of Christ’s mission around the world, in urban neighborhoods and among communities that might not conform to the typical picture of mission fields.

He was a good friend to a very large number of people who were working to advance the cause of Christ in innovative ways around the world. In his retirement Moyer was involved with Gospel Outreach, an Adventist ministry connecting with Muslims on three continents. He also served for many years as an academic advisor to numerous doctoral candidates at AU.

During his years on the faculty at AU he was involved in the education of cross-cultural workers and the development of cross-cultural training programs and materials. He helped to provide basic training for the denomination’s missionaries. He also developed and directed Global Partnerships, a “tent-making” ministry in places requiring “creative access.”

Moyer began his ministry as a pastor in the Pacific Northwest of the United States, taught at both Auburn and Columbia Adventist Academies, spent a term as a faculty member in pastoral theology at Solusi University in Zimbabwe, and was an associate professor of theology at Washington Adventist University. He spent eight years pastoring urban churches in both Portland, Oregon, and Takoma Park, Maryland. He held a key assignment with the Adventist Development and Relief Agency (ADRA) for several years, coordinating the development of ADRA projects to combat HIV-AIDS around the world.

In the fall of 1989, at the invitation of Pastor Neal C. Wilson, then president of the General Conference (GC), Moyer, together with Monte Sahlin, presented a report to the denomination’s Global Strategy Committee which resulted in a major shift in mission strategy, recognizing that the world population had become largely urbanized. This urban dimension and the need for change in Adventist mission was clear in the strategy voted by the delegates at the GC Session in the summer of 1990 when it convened in Indianapolis.

Early in 1990, Moyer was appointed by Wilson as director of a new research and information center, the Center for Global Urban Mission, based at what is now Washington Adventist University. It continues today as the Center for Metropolitan Ministry.

As a young adult, Moyer served as a non-commissioned officer in the United States Marine Corps. He completed a BA in theology at Pacific Union College in 1963 and an MA in theology from Andrews University in 1964. He earned a doctorate in missions and social ethics from San Francisco Theological Seminary in 1987.

In spite of all his accomplishments and careers, Moyer was most proud of his 62 years of marriage to his wife, Shirley; his two children, Lisl and TJ; and four grandsons. He had recently celebrated his 82nd birthday.

In his final days Moyer wrote: “No tears, please. My life has been a great adventure with Jesus. I have few regrets, and only a couple of bucket list items undone. I have loved my wife, family and work. God has treated me far better than I have deserved and none of you owe me anything. I have now gone, like Reepicheep, in Voyage of the Dawn Treader, to my ‘last great adventure,’ when with more questions than certainties I am face to face with Jesus and all His saints.”

A memorial service will be held on Sabbath, August 31, at Pioneer Memorial Church on the AU campus. Visitation will be from 4 to 5 pm and the Memorial Service will be at 5 pm. Online messages and memories may be shared at http://www.allredfuneralhome.com.